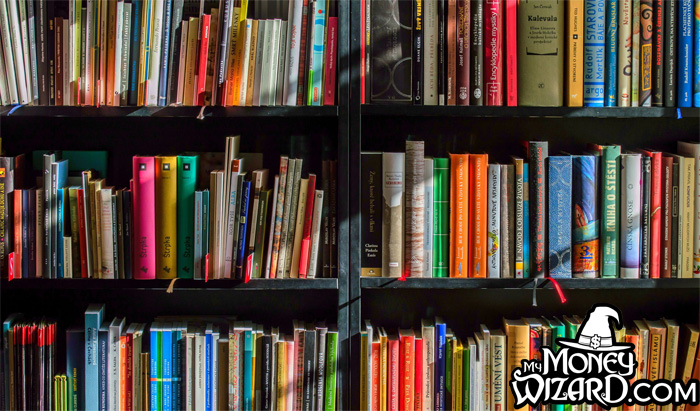 By the age of five, the human brain is 90% developed, and according to some scientific studies, our personalities are mostly set for life by the time we reach first grade.

I don’t know about you, but I find that absolutely fascinating.

If true, it means our early life experiences play a HUGE role in who we turn out to be.

It would also hold true then, that just like our early life experiences shape who we are as a person, our early experiences with money would seriously shape our mental outlook on finances.

So, as I sit here today as a 20-something with nearly a quarter of a million dollars saved and ambitions to reach total financial freedom in a couple years, I’ve gotta wonder what set me on this unusual path.

One thing that stands out? As a young money geek, I read way more books about money and investing than any sane teenager ever would.

And there’s no doubt those books forever changed my outlook on money. They shaped my financial personality, and they left me with a big ‘ole money stack and even bigger money goals.

Of all those books, I can pinpoint a few that stand out. These are the 9 most important books I read before saving my first $100,000, and there’s no doubt each played a huge part in reaching that milestone.

If you haven’t read them yet, be warned. These books have the potential to completely transform your outlook on money, and ultimately, make you a whole lot richer.

This was the first book about money I ever read. 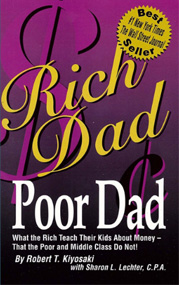 I’m also guessing it’s the first book about money most people ever read, since it’s the best-selling personal finance book of all time. Seriously.

(We’ll ignore today’s evidence that Mr. Kiyosaki completely made up his two dads, and that his real life personal finance “university” is dangerously close to a pyramid scheme. Both of those unfortunate truths detract from how freakin’ inspiring this book really is, and all the powerful lessons it contains.)

If you want one book to inspire you to start thinking like an investor and not a consumer, this is it. Rich Dad, Poor Dad taught me:

If you’ve ever wanted to start your own business, invest in rental property, or just wonder why the rich get rich, this is still a must read.

2. Millionaire Teacher: The 9 Rules of Wealth You Should Have Learned in School 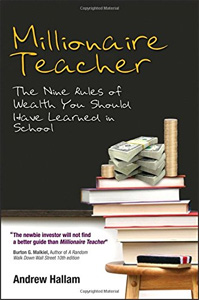 Andrew Hallam was a super frugal schoolteacher who amassed a million-dollar portfolio of stocks and bonds. Then, proving he really is a teacher, he wrote a book explaining how anyone can get rich following just a few simple rules.

His teaching style shines through, because this is one of the best beginner’s personal finance books I’ve ever read. To this day, my wealth building strategy is pretty much identical to his rules.

If you’re looking for a basic outline for how anyone can invest in index funds and get rich, The Millionaire Teacher won’t disappoint.

3. The Millionaire Next Door 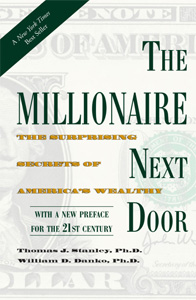 Who’s got more money? The luxury-car-driving, big-house-owning country club member, or your quiet neighbor next door?

In writing The Millionaire Next Door, the authors originally planned on interviewing millionaires. So, they went where you and I and everyone else would expect to find the wealthy – in the plush gated communities at the houses with the nicest cars parked out front.

And what they found was shocking. Most of those “millionaires” were broke. They were living a lifestyle funded by debt and barely had a real cent to their name.

The authors realized most of this country’s real millionaires live just like the rest of us, driving old cars and living in normal houses.

So, the authors shifted their plans. They began undertaking one of the most extensive studies in personal finance history, in order to understand the traits and habits of the real rich.

This book is what first opened my eyes to frugality, and is probably a huge reason why I naturally enjoy saving money so much. 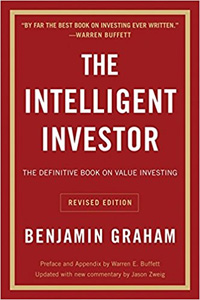 Warren Buffet calls this the best book on investing ever written. Enough said?

And when I say Graham explains his strategy, he explains it! The book is about 600 pages long, and Graham dives into all the work and analysis it takes to really analyze a stock. No get rich quick schemes here, just a no-nonsense guide on the discipline it takes to become a smart investor.

The Intelligent Investor taught me how much work you better be willing to put in if you’re gonna chase individual stocks. For everyone else (me included) index fund investing is the more realistic way to go. 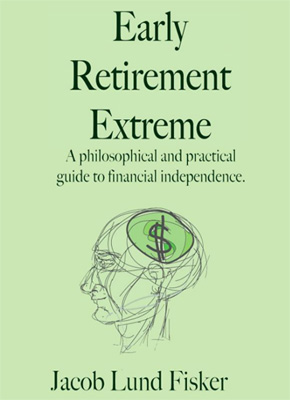 The book that opened my eyes to the world of early retirement.

Sound crazy? You bet it does! But Jacob presents his case with a textbook level of logic and philosophy that’s hard to argue against.

Even if you think someone who lives off $7,000 a year is a bit of a kook, I think it’d be impossible to read Early Retirement Extreme without learning something new. Or at least challenging some of the assumptions you didn’t realize you had about the world’s default lifestyle. (Go to school -> get the highest paying job possible -> spend all your money buying crap -> keep working a job you don’t like for 35 years -> retire -> die.)

Jacob’s an extreme example who taught me to question everything, and Early Retirement Extreme made me realize we’re all free to exit the rat race whenever we want. 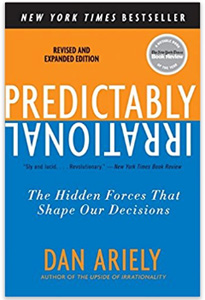 Still one of my favorite books of all time. Predictably Irrational is written by Dan Arielly, a Duke Professor of Behavioral Economics. While regular economics is all about mind-numbing supply vs. demand charts and charts (always underlined by the assumption that humans are perfectly rational, robot-like decision makers) Behavioral Economics is a fascinating new field of research that asks the obvious question – what if humans aren’t actually rational?

Did you know people are willing to pay more for a bottle of wine if their social security number is larger? Or that people tricked into thinking they’d had a knee surgery reported significant improvement in their knee pain? And that if you’ve toured three houses, you’re most likely to throw out the odd-ball and only consider the two most comparable in price?

Predictably Irrational explores all these quirks and slaps us in the face with a harsh truth – we make ridiculous decisions all the time, and we better understand them if we don’t want to take advantage of ourselves. 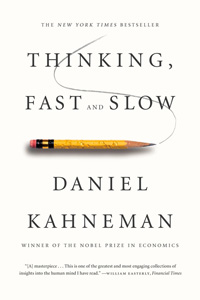 Similar to Predictably Irrational, Thinking Fast and Slow tracks the Behavioral Economics experiments of professors Daniel Kahneman and Amos Tversky, who ended up winning a nobel prize for their groundbreaking research about how our minds really work.

Their concept is simple enough – our brain is divided into two parts – the fast thinking version which basically runs on autopilot, and the slow, logical section we use when we sit down to really focus on something.

The only problem? Our fast thinking, auto-pilot brain tends to sabotage our slow thinking brain far more than any of us realize.

The book supports this theory with all sorts of fascinating experiments conducted by the two professors over their lengthy academic careers, and by the end of it, I felt like someone shined a light on all the shortcomings in my own thinking.

8. Borrow – The American Way of Debt

Part-history lesson, part cautionary tale, part entertainment – when I read Borrow, I felt like I had just pulled back the curtain on the way the whole lending industry works.

Borrow traces back the history of debt all the way to the beginning. You’d think that means going back all the way to the dark ages, but our current lending system is a recent creation. In the ancient history of the world, Consumer Debt (houses, cars, credit cards, etc.) didn’t exist. Then, some automakers came along and realized they could kick-start sales if they just started selling vehicles before the customers could afford them.

What follows is a fantastic unraveling of the next few decades – the rise of the mortgage, the creation of the credit card, and some terrifying stats about the average American’s finances.

Knowledge is power, and Borrow will arm you with more knowledge about debt than you could ever imagine.

9. How to Win Friends and Influence People

Want to know how to win the office politics game? Dale Carnegie, all the way back from 1936, has got you covered.

How to Win Friends and Influence People cuts through all the noise and presents a how-to guide to getting along with people. It’s an absolute classic, and for good reason.

At first glance, a book with this title might seem out of place on a finance list. But learning how to be likeable is one of those priceless life skills, which also happens to carry the side effect of making you much richer.

These books really must have inspired me. Not only did I save $100,000 after reading them, but after I did, I wrote a book of my own!

My book’s not nearly as fancy as The Intelligent Investor’s 600 pages (it’s only 18 pages, and I bet you can finish it in less than 10 minutes) but it does include the 7 simple rules I used (and you can too) to save tons of money.

Plus, my book does have something going for it that the others on the list don’t – it’s free for all money wizard subscribers!

Just click that link, enter your info, and I’ll send it right over.