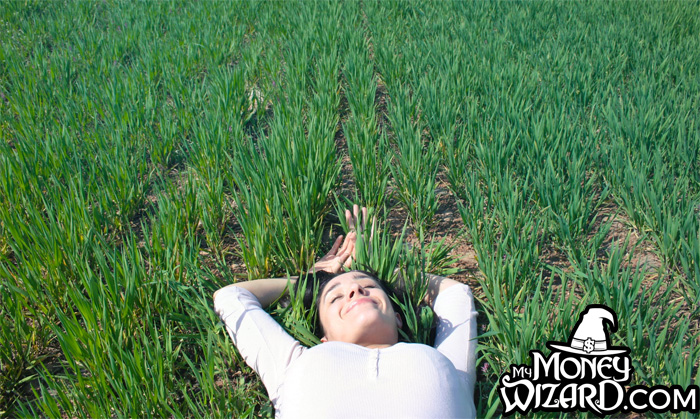 Did you know there’s a completely legal way to make six figures a year, without paying ANY taxes?

It sounds too good to be true, but I promise it’s totally achievable with a little bit of patience. And you won’t even need to channel your inner Tony Soprano money launderer to make it happen.

If you work for a living, know that you’re getting burned.

If you ever want to beat any game, first you have to understand its rules.

So, let’s look at those rules.

For whatever reason, the United States tax laws are laser focused on people who earn their money from a job. A reminder from what’s quickly becoming one of my favorite quotes:

There is no lower, middle, or upper class. There is the investor class and the people who have to work for a living.”

If you have to work for a living, you’re subject to three special taxes, just for you:

Right off the bat, an employee pays 6.2% of their annual income to Social Security.

In a sneaky PR move, this amount is actually applied in addition to your usual income tax rate. Most people don’t realize this, since the tax is automatically withheld from each paycheck, and for whatever reason, the topic tends to get a free pass during the once-every-four-years tax debate.

Along with the social security tax, Medicare tax represents the last piece to the “FICA” tax rate. In 2018, the Medicare tax rate is 1.45%.

Like social security, this amount is automatically taken out of your paycheck and paid in addition to your typical tax rate.

Now we’re to the part where most people start paying attention. With the 2018 tax reform, here’s the latest federal tax brackets:

As you can see, it’s hard out there for an employee. By most estimates, the average wage earner pays roughly 31%* of their salary to the American government and its various bureaucracies. To put this in perspective, you can consider every day worked from January 1 to April 24 as your annual service to the government.

If you’re feeling bad, at least you’re not Canadian. They have to work until June 7th every year before they finally start putting money in their own pocket. (Shout out to Liquid for introducing me to the concept of Tax Freedom Day.)

*includes the employer’s portion of the FICA tax, which is another 7.65%.

Maybe you’re like me, and you’d like to avoid giving away all that money. Maybe, you’d like to earn over $100,000 a year and pay no taxes.

Time to become an investor.

You see, if your money happens to arrive in your bank account through the stocks that you own, rather than the labor you traded to an employer, your tax rates are much more favorable.

Just check out the new tax bracket for investment income, which has its whole own table with the 2018 tax reform:

Did you see it? Up there at the top, is our sweet spot. As a married couple, we can earn up to $77,200 of investment income and pay ZERO taxes.

You might be tempted to think this is just a recent policy change that will be revoked as soon as the current businessman is out of the oval office. Not so. Check out the tax brackets from the “old” tax law:

We could keep going, but for nearly all of the recent history, a married couple could earn some serious coin from investments while staying in the 0% investment income bracket.

The Catch That’s Not Really A Catch

Now, you might have also noticed, that these special tax brackets apply only to what’s called “qualified dividend income” and “long term capital gains.”

You probably already know the basics behind a dividend – they’re essentially checks paid out by companies every quarter or so, as a thank you for investing in their stock. They’re extremely steady, and often return 2-5% of the share price annually.

How do we find out if those dividend payments are “qualified” dividends? We have to look towards IRS publication 550, which just might be the most boring publication ever published, even by IRS standards. Leave it to the IRS to explain over 20+ pages that qualified dividends are basically any dividends:

In other words, pretty much every single dividend ever received by a buy-and-hold investor.

As you can see, neither of these qualifications are much of a hurdle for an investor who’s not trading stocks like a maniac.

First off, Money Wizard, your tables keep showing around $70k, not $100,000. And second, you haven’t actually explained how to pull this scheme of yours off.”

Correct and correct. So, let’s fix both of those.

As you remember from the table above, in the latest tax brackets, we can earn up to $77,200 per year without paying taxes. Which frankly, is already a ton of money, and equal to earning over 6 figures in pre-tax salary.

But here’s the cherry on top. We haven’t discussed deductions yet. The tax reform introduced standard deductions of $12,000 per individual, and $24,000 for married couples.

In other words, you can make $101,200 per year, and as long as you keep those earned wages less than $24k, you won’t owe a penny. (You could technically earn even more than $101k, if you had the itemized deductions to offset)

So, what’s this mean for our final strategy?

Step 1) Build up an epic portfolio of stocks

This is where your hustle comes in. Working hard, and more importantly, starting early, are key. My own portfolio is already slated to compound to around $2 million, even if I never invest another cent, just from the hardcore savings done in my 20s.

As we discussed, you can either invest directly into qualified dividend paying stocks or sell off portions of the portfolio which you’ve held for over a year.*

*If you chose to sell, you actually only get taxed on the amount your stocks gained. Meaning, if you buy a stock for $10 and sell it for $11, even though you’ve got $11 of income flowing in, for tax purposes, only $1 will be taxed as long term capital gains. Without getting into too much math, you could actually be living off even more than $77K of investment income per year while staying in a 0% tax bracket.

Step 3) Get a part time job, just for funzies.

You can make another $24K per year and still not owe any taxes, so time to live out your dream of becoming an amateur surf instructor, greeting Walmart customers, or whatever else lights your fire.

If you really don’t want to do anything, you could always keep saving until your portfolio hits $2.5 million. (Enough to produce $101K per year through a 4% withdrawal rate.)

From a tax perspective, investment income has always blown wage income out of the water. This has been the case since the dawn of tax code, and frankly, I’m shocked more people don’t devote their working careers towards building up enough savings to take advantage of this.

If a comfortable retirement is the training wheels goal of the average American, then a nest egg capable of spitting out 100% tax free investment income is the turbo charged motorcycle for the savvy investor.

Knock on wood, but it’s unlikely this will change anytime soon, either. While the highest tax brackets will always be a target for increased rates, increasing investment tax rates on the bottom brackets only serves to keep the “average American” from saving their way to wealth.

What’s this mean? For those few brave souls willing to put the brakes on society’s “never enough” attitude, the lawmakers have paved a path tailor-made for you to live like a king on over $100,000 per year, tax free.