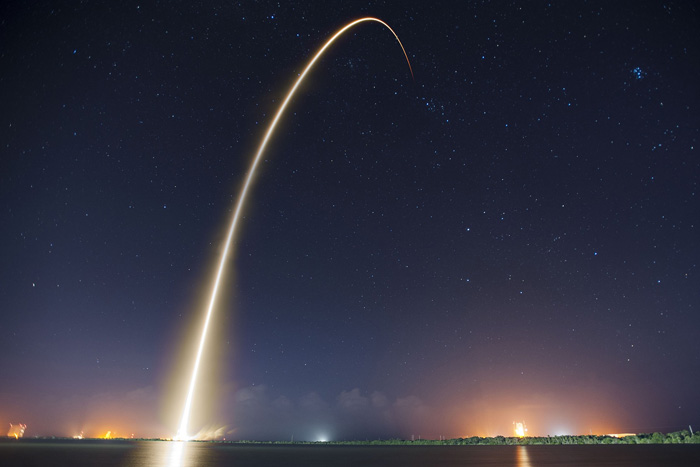 If you haven’t been following the news, you may have missed the recent escalation of 70 years’ worth of tensions between the USA and North Korea, which has us all in danger of getting nuked.

I’m no expert in political current events, but the cliff notes version goes something like this:

This all made me pretty nervous, right until I did a little research into the USA’s own nuclear arms program.

There’s a lot of hoopla over North Korea’s estimated 10 nukes, and while even one nuclear weapon is certainly terrifying, just for comparisons sake… the US holds somewhere around 6,800 nukes.

But it’s not just the number of bombs that makes that massive arsenal so intimidating. Specifically, the USA has what they call The Nuclear Triad. This means the nuke stash consists of three parts: bombers in the air, submarines underwater, and missiles launched from the ground.

To get specific, the US Navy has 14 different nuclear submarines, which can carry 24 nukes each. The Air Force holds another 74 bombers that can carry 40 nukes each. And the land based portion of the triad includes some 400 rocket ships, ready to go.

The purpose of having a three-branched nuclear capability is to significantly reduce the possibility that an enemy could destroy all of a nation’s nuclear forces in a first-strike attack; this, in turn, ensures a credible threat of a second strike, and thus increases a nation’s nuclear deterrence.”

What’s this all say to a finance nerd like me?

Sure, Uncle Sam might not be able to manage the DMV line with any level of intelligence, but the nuclear triad shows that when it comes to defense, the military understands diversification like a true finance pro.

What does all this military rambling have anything to do with personal finance?

Well, although there’s no North Korean madmen attempting to take our money, our attempts at wealth building are under their own sort of attack. Job loss, illness, economic downturns, and good old fashioned life all present constant threats to our long term financial independence.

And if we want to build up the defenses of our financial independence, we’d all be wise to seek our own diversification. Or as I’m now calling it, bolstering your wealth with a nuclear triad of income streams.

The Singular Income Risk Most People Don’t Realize They Have

Most people get this part very backwards. The vast majority of people live life on the edge, with almost 100% of their income derived from a salaried working position.

Interestingly, most people view their salary as the holy grail of safe income sources. In reality, a salary is an extremely risky income source, for two big reasons:

Most people respond to these concerns by doubling down on the risks. They think that to minimize career risk, they will just devote even more time and energy into their jobs.

Of course, this serves the opposite purpose – it concentrates income even further within the salary, and it makes the employee even more of a potential target.

Even worse, as so much time and energy is devoted to The Career, the salary serves as a roadblock to other income sources. The woman always giving 110% for an extra 1% raise during annual performance reviews is too stressed to learn about investing. The career man spending nights and weekends in the office doesn’t have time to look into investment properties. Would Jeff Bezos have ever started Amazon.com if he was addicted to his New York City hedge fund salary?

The singular concentration continues right through retirement. Rather than building a foundation of cash flow for the golden years, the average saver forgets the part about saving. Multiple income streams? Nope, they’re all in on social security.

Build Your Own Nuclear Triad of Income

We’re in an economic boom right now, which means now is the time to diversify. At a minimum, a true money wizard works to build three pillars of income: 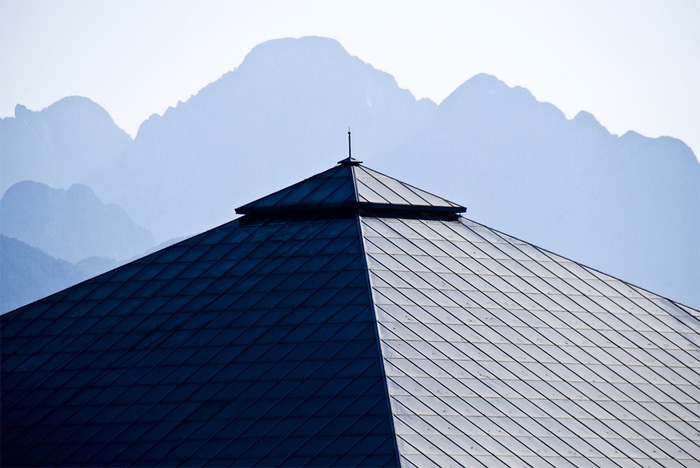 The first tier of income. By strategically choosing your degree, you’re able to leverage your college experience into a profitable career.

From there, it’s your job to work on your job. While your coworkers waste hours each day surfing the internet or entangling themselves in office gossip, you’re working away to position yourself as a top performer.

You manage the balancing act between solidifying yourself as a great employee, while avoiding giving your life to your company. As a result, you’re able to consistently score strong performance ratings and promotions as they become available, while still maintaining your free time to pursue other income opportunities and enjoy life.

The second income tier, which most people never attain.

Your career is going well, but you’d like to set aside some savings. You realize the best emergency fund is liquid assets, so you design a low maintenance lifestyle that allows you to save like a maniac.

You cut out unnecessary expenses, and shockingly, nobody suspects you’re living any differently!

You soon find yourself saving a massive percentage of the income from your career, even after contributing heavily to your 401k. Because you’re taking a balanced approach to your life outside of work, you have time to read introductory books (and blogs!) about investing.

You soon learn about the beauty of index funds. You open a Vanguard account and start investing heavily. Wow, investing really is easier than most people think…

Once your taxable account grows to a decent size, you’re shocked at how quickly a 7% return compounds over time. You start to see firsthand how realistic it is for a modest nest egg to spit off enough dividends/capital appreciation to fund your basic living expenses.

You find yourself stressing less and less about day to day expenses or doomsday scenarios. Worst case scenario, you know you could support yourself for several years just on the big pile of money you’ve saved up.

It’s not long before you notice a fork in the road, where most of your friends are going down one of two paths.

The work-a-holics double down on their career risk, giving everything to the company in hopes that it will pay off “one day.”

On the other end, your average Joes do everything they can to escape their careers. They put in minimal work, and they spend all their free time gossiping about celebrities they’ll never meet, worshipping athletes they’ll never be, or stressing about politics they have no control over.

Instead, you realize you’re not exactly free if you still have to go to work every day. So you decide to speed up the process towards freedom by using your spare time a little more efficiently.

You realize there’s a market for just about any hobby, and you can use your interests to build a third income source.

Or maybe you’re more the type to roll up your sleeves and get down to a profit. So you start a completely random niche website earning $2,000 a month, or an artisan subscription box service that grosses $50,000 just in its first 6 months.

The possibilities are endless.

Before you know it, you’ve got passive and active income sources showering you with money from all sides. Land, air, and the sea – you’ll have money coming from every direction, and the added income sources will help you build wealth faster AND make you more resilient to factors out of your control.

Build up your own triad of income sources, and your finances will have enough layers of security to make America’s nuclear defense systems proud.

Readers, are you pursuing multiple income sources? We’d love to hear about them!