*Content Warning* This post will dive into some deep economic discussion about some confusing topics. I will do my best to make sense of an extremely complicated subject matter. A subject which is made even more difficult by endless crackpots on both sides spreading misinformation, and shouting their opinion as fact. I will attempt to weed through the mess and present what I believe is the truth of the matter.

I will probably fail miserably. In full disclaimer, this post is partly me, a rusty economics major, trying to educate on the truth, but mostly I’m just trying to make some sense of the world we’re living in. I won’t pretend to hold the answer, and you should be skeptical of anyone who does. Onward! 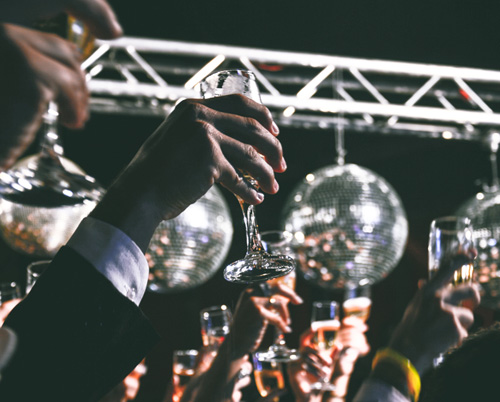 After the great financial crisis of 2007-2008, the stock market has rallied heavily. Those with the discipline to avoid selling during the widespan panic, or better yet, continue buying assets at record lows, are today enjoying their riches. You’re looking at one example – my own investments into massively discounted stocks were a huge contributor to how I saved $100,000 by age 25.

Since the troughs of February 2009, the market has returned 180%. Housing prices are back to all time highs. And the United States Fed just released a report showing total household wealth hit a brand new record – $94.8 trillion. A full $40 trillion increase since The Great Recession.

By all accounts, the trying times of recovery are long gone, and we’re off to some old fashioned GOOD TIMES.

Of course, the question still on everyone’s mind… is this real life? Or is the bottom going to fall out at any moment?

How We Got Here

The average reader of MyMoneyWizard.com is young, but we’re all old enough to remember The Great Financial Crises of 2007-2008 right?

Very long story short, some banks realized they could loan just about any and everybody money to buy houses.

“Your credit score is in the dumps, you have no savings, and you’ve already got debt up to your eyeballs? No problem! We’ll make you that loan to buy the $600,000 home of your dreams! The government says they’ll guarantee the loans, and they’ve never messed anything up.

It turns out, they could all go bad. When the subprime mortgage bubble popped, Lehman Brothers, the 150 year old rock of an investment firm, filed for bankruptcy. To say people were surprised was an understatement.

Merrill Lynch, AIG, a few government sponsored enterprises, and a host of massive financial institutions were soon to follow, but the US government searched some couch cushions and gave out a couple trillion dollars to keep them all afloat.

Something about too big to fail.

Despite the bailouts, people panicked, and stock markets around the world tanked. Big time.

To stop the bleeding, the Fed continued intervening into the free markets at levels the world has never seen. They soon enacted “Quantitative Easing” – an economic theory that was about to be put to the test.

The plan? The Fed would buy back government bonds from the banks. This would increase the money supply, lower interest rates, and hopefully kickstart the economy.

So in November 2008, the government bought back $600 billion of government bonds using money from… where again?

It’s not exactly printing money, they swear, but it does seem pretty darn close.

When the first $600 billion of Quantitative Easing didn’t work as planned, the Fed tried again with another $600 billion. When the second try didn’t work either, they tried again. On the third attempt, the Fed announced they’d buy $85 billion per month until things got better.

They kept the faucet running until October 2014, $4.5 trillion dollars later.

Depending on the economist you’re talking to, this was either a brilliant market stabilizing move, or a horrible band aid to the real problems.

For what it’s worth, Warren Buffett thinks they did a great job. Then again, somebody managing a company with $322 billion in stock market exposure might have an incentive to keep the masses optimistic. 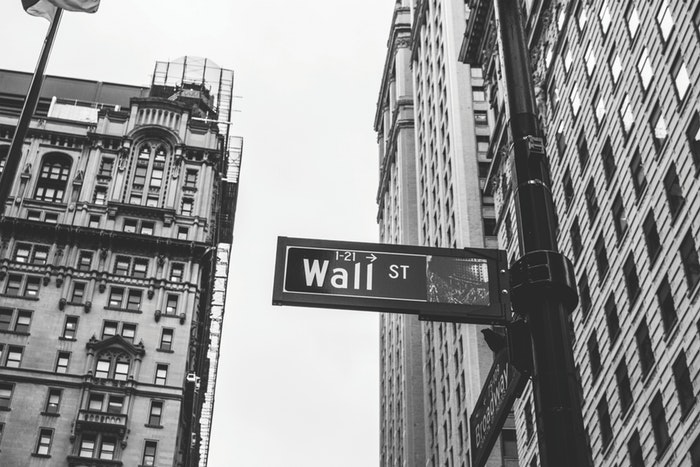 Why I’m More Than a Little Concerned

Wait, on second thought, hold that drink. There’a a few reasons why I’m not so optimistic about our current economy.

1. The companies driving the market aren’t all that profitable

I wrote before about just a few stocks driving market gains. Those few stocks have something in common; almost all of them are super cool tech companies.

Today’s tech stock hype reminds me of another point in history – the years leading up to the 2001 dot com crash.

Back in 1999, every internet company under the sun was worth millions, even if they were losing money left and right. Sure, the websites weren’t making a penny, but they had cool ideas and lots of users.

Pets.com was a business losing about $22 million every three months, yet Wall Street investors said the company was somehow worth $290 million.

A few weeks ago, Tesla somehow became more valuable than Ford and General Motors, even though those two companies, you know, actually make money. Tesla lost $333 million in the first quarter of 2017 alone, and somehow, its stock price jumped 7% on the news.

As I write this, Wall Street values Snapchat at $20 billion, despite the company having lost $2.2 billion dollars last quarter, and never having actually turned a profit. Ever.

If the “most valuable” companies in the world today are losing money, maybe America’s small business owners are doing better?

So, the small businesses owned by the common man are struggling, and the big business are struggling. At least stock prices are high?

Despite all this unprofitably, people keep bidding up the market. The money obviously has to be coming from somewhere, but who’s buying?

The Wall Street Journal ran a borderline expose showing how in an environment of low returns, Central Banks all over the world are using money from their own quantitative easing programs to buy not just bonds, but stocks too.

This is insane for several reasons. Typically, Central Banks invest in low risk, government debt. The central banks’ purpose is to ensure stability, after all.

The fact that they’re now throwing caution to the wind in search of higher returns reminds me of one of the contributing factors to The Great Recession – the repeal of Glass-Steagall. The Glass-Steagall law separated commercial banks from investment banks, and limited the sort of risky investments the banks taking your deposits could explore.

When Glass-Steagall was repealed, your Bank of Americas rode side by side with your Goldman Sachs and entered the wild west market of derivatives and credit default swaps. Using your deposits as gambling money. And we all know how that turned out…

Now, Central Banks are parting from low risk bonds and entering the higher risk stock markets. Swiss National Bank, for example, now has 20% of its reserves invested in stocks, including recent purchased of $1.7 billion in Apple, $1.1 billion in Exxon, and $1.2 billion in Microsoft.

Even crazier, they’re purchasing these stocks with money that… came from where exactly?

Many of these countries have implemented their own Quantitative Easing programs, meaning they’re pulling some government money out of… where exacty?… and purchasing real, productive assets with it.

This obviously has even bigger implications. What happens when publicly traded companies become majority owned by the government? Are those companies now government enterprises? How does that bode for capitalism?

I may sound paranoid, but the Bank of Japan is doing precisely this. They now own 60% of their nation’s ETF market, and are set to become the top owner of 55 firms in Japan’s equivalent to the S&P 500.

My conspiracy theories aside, this all has a very obvious effect on the short term. As Central Banks pour money into the global stock markets, prices are artificially propped up. Fueling a bubble, some would say…

The auto loan market just hit $1.1 trillion in debt, a new all-time high, along with the never before seen $500 per month car payment.

The increased debt is partly fueled by banks providing 0% APR car loans to basically anyone who walks through the door, which has encouraged car shoppers to buy more than they can afford.

Of course, the banks don’t care, because they’re bundling billions of dollars of subprime auto loans and selling them to investment funds.

But the music might be about to stop. Now, for the first time in 7 years, car sales have started to decline, and subprime defaults are matching rates we haven’t seen since 2007.

What Should We Do if the Market is Going to Crash?

Hey Money Wizard, you sound like you’re predicting a crash.”

I’ll say this, there’s some crazy stuff going on in the world economies right now.

People have been predicting stock market crashes since the last stock market crash. In the meantime, the market rose another 180%. The fools sitting on the sidelines missed the whole rally. By the time the correction hits, prices could be so high that even a huge crash won’t bring prices down to previous levels.

Your better bet? Stay the course. Keep those automatic contributions strong. And be on the lookout for a storm.

It’s precisely during the boom times that we’d all be wise to get ready for that storm. But preparing for the storm does not mean living in a bunker. It does mean asking yourself:

Now is the time to:

Time to sell everything?”

Absolutely not. Remember the poor souls who have sat on the sidelines for the past 180% of gains?

And let’s straighten up the record right quick. A market crash isn’t something to fear. It’s something to eagerly anticipate with the excitement of a black Friday shopper on Thursday night.

Recessions are incredible buying opportunities. Overnight, stock prices can become slapped with a 25% off sticker, and those who take advantage of this will realize unbelievable returns.

Personally, I hope to hunker down through the next storm by saving every penny I can, taking out a second job if anyone is hiring, and investing every cent possible at once in a decade bargains.

When the clouds clear and the sun comes out, those who prepared today will emerge stronger than ever.