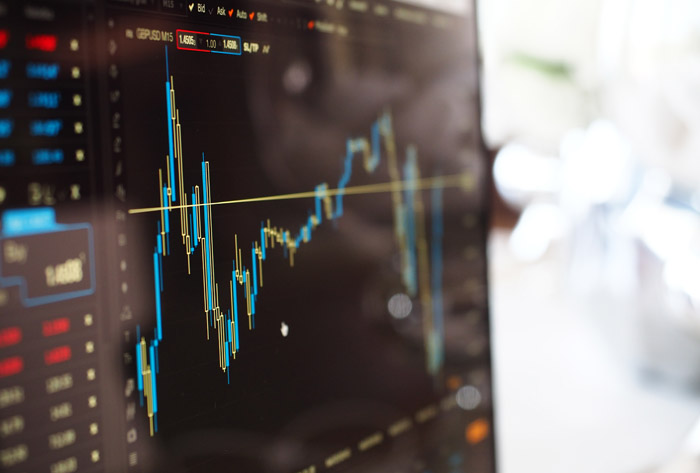 You see, the common line of thinking in the personal finance blogosphere goes something like this:

I’m obviously having one of my truth stretching fake dialogue moments, but the above isn’t far from the prevailing opinion of oh, about 99.99% of personal finance bloggers.

Despite the blogosphere’s attempt to burn any stock traders at the stake, there’s still plenty of examples of investors consistently beating the market.

For those firmly in the camp of “profiting off stock trading is impossible,” how do you explain Michael Steinhardt’s legendary hedge fund, which returned 24.5 percent per year over a 28 year period, even after accounting for fees? That’s several percentage points of excess return above and beyond The Holy Indexes’ 7 percent.

Or what about George Soros’ Quantum Fund, which has returned $40 billion since its inception in 1973?

Obviously there’s Warren Buffet, who’s lifetime return is somewhere around 20 percent per year. Hell, the last few pages of Benjamin Graham’s investment classic The Intelligent Investor has a whole appendix of Graham disciples who have used his teachings to post annualized returns 5-10% above and beyond the index for over 25 years.

Then there’s the Medallion Fund, which is possibly the most profitable and super-secret hedge fund in the world. Over the past three decades, their team of scientists and Ph.Ds. have managed a money printing machine that’s produced $55 billion in profit from just $9-10 billion of capital. That’s an annual return of almost 80 percent per year.

I can see you salivating now. 80 percent returns sure sound nice, don’t they? You and me both, amigo.

But we’d be wise to pump those breaks…

Here’s the truth. You can actually make money investing or trading individual stocks… But just because you can, doesn’t mean you should.

Now that we’ve got the exceptions out of the way, let’s get to the undeniable fact. Statistically, most stock traders lose money.

And by “stock trader,” I’m not just talking about some twitchy, get rich quick dreamer analyzing charts in the basement of his parent’s grungy house. This category also includes that well compensated Personal Financial Planner who’s using his “expertise” to invest your money into actively traded mutual funds.

How bad is the epidemic of “experts” failing to post results? A SPIVA study showed that approximately 85% of active fund managers under-performed the S&P 500 index.

We could go on for a days about the stats. Burton Malkiel, in his classic summary of efficient markets titled A Random Walk Down Wall Street, points out that years of academic study showed the average active mutual fund trailed the overall stock market by 3.3% annually.

Worse, the few funds who did outperform the market in one time period often had disastrous results over the next time period.

Reformed former big-time actively traded mutual fund manager, John Bogle, performed his own analysis of the mutual fund industry, only to find the average fund under-performed a basket of untouched stocks by somewhere around 1.5% per year.

His startling revelation led him to exit the actively traded industry forever and create the world’s first index fund at Vanguard.

The people running these hedge funds aren’t all stupid. They’re often incredibly brilliant people, with an unbelievable understanding of the market. Unfortunately, this is unlikely to translate to results for you.

Even if a fund manager is smart (or lucky) enough to beat the market on his own, frequently trading stocks means they’re swimming against the tide if you ever want to see any of those profits.

Transaction costs come in a number of forms:

Like transaction costs, taxes slowly eat you alive. The more trades, the more taxes. Short term capital gains taxes are 10-39.6% depending on your income, and actively managed funds pass these gains off to you, the fund investor.

3. Fund managers are at the mercy of the fund’s individual investors

Most individual investors, to put it kindly, are idiots with their money. Even the filthy rich aren’t immune to the emotional roller coaster of investing. They panic like the rest of us, and this is the sort of erratic panic that puts even the brightest fund managers at the mercy of their clients.

Look at it this way – imagine a mutual fund invested in the stock market that has raised $10 million from a bunch of individual investors.

As the market begins to rally, the mutual fund does well. Seeing their fund returning well, those investors get excited about their investment. They decide this manager clearly knows what he’s doing, since the fund has made so much money, so they pour more money into the fund. This forces the manager to buy more assets after the price has already run up.

When the market cycle swings in the other direction and stock prices begin to fall, the latest fund report is released and shows a big whopping loss. The investors panic. “This fund is losing me money!” they say, so they pull their money out of the fund.

In order for the fund to pay out to these investors, the manager is now forced to sell some of the fund’s investments at rock bottom prices.

In other words, most fund managers have no choice but to buy when the market is overpriced and sell after stocks lose money – the exact opposite of a sound investment strategy.

What About Individual Stock Traders?

I wouldn’t get those hopes up just yet. The results for individual investors aren’t much better. In fact, recent research indicates approximately 99% of individual stock pickers performing worse than the index.

Why? Individual stock pickers suffer from most of the same ailments as the professional mutual fund managers, such as taxes and transaction fees. Plus, it’s important to remember – the stock market is a market. There is a buyer and a seller at the end of every trade, making the stock market a zero sum game.

Could you be the 1 out of 100? Maybe, but think of your competition:

This who you’re trading against. If you’re not willing to put in that sort of effort, you’re the sucker at the table.

So, if approximately 90% of mutual funds and 99% of individual traders are lagging the index benchmark, wouldn’t it be great to just invest directly into the index?

Yes! It would! And lucky for all of us, there’s an extremely easy way to do so – index funds.

Index Funds invest directly in the broad market, so rather than lagging the S&P 500 like almost everyone else, you simply track the S&P 500. No active management, no frequent trading, and no huge fees incurred.

Done and done. This simple approach will leave you wealthier than 99% of the traders obsessing over the latest charts, news, speculation, and buzz.

You won’t have to read thousands of pages per day, and you won’t be lining the expensive suit pockets of some fund manager who’s actually losing you money.

Want to know the smartest and easiest way to invest in index funds? Check out the follow up article: How to Choose a Vanguard Index Fund

I track my net worth and spending every month, and I share all the details (even when they're not pretty) here: Current Net Worth: $409,804