Right now, there’s a battle raging. You might not know it yet, but you’re smack dab in the middle of a personal finance World War III.

It’s called The Great War of Oversized Homes. On one side, the axis of evil: realtors hunting commissions, bankers praying for loan closings, and an uninformed general public who still thinks you can’t throw money away on a house. On the other side, your hard earned savings, desperate not to become the financial equivalent of doused in gasoline and lit on fire.

How do we bunker down our wealth from the onslaught of aerial bombings heading our way on a daily basis? Let’s dive in.

Are Millennials Really Getting Screwed on Housing?

Here is a common complaint I hear from my fellow millennials. “Yeah right baby boomers, you don’t have it as hard as we did. The American dream is dead, just look at how much homes cost now.” This is usually followed by some stat about how their grandparents only paid $20,000 for their first home, how a pack of gum used to cost a nickel, and how things were so much simpler before we had the entire world’s library at our fingertips.

For now, let’s adjust for inflation and take a look at this common claim.

It turns out, it’s true! Based on housing data from the US Census Bureau, Americans today are paying about 62% more for new homes, even after adjusting for inflation, than they were paying just 40 years ago. A travesty right?

Woe is us, fellow millennials.

Follow the data back a little further, and the growth is even more rampant:

Either humans in the 1950s were much smaller than they are today, or things have gotten out of control.

Let those numbers sink in again. Even adjusted for inflation, homes today are cheaper per square foot than ever before.

Plus, they’re equipped with incredibly luxurious features that would have previously been cost prohibitive: central air conditioning with programmable thermostats, high tech alarm systems, fancy appliances, and in some cases, HD surveillance systems streaming directly to smart phones so we can complete the ever important task of watching all the cute things Fido does while we’re at work.

If the American dream is dead, then it’s the American need for a walk in closet, Jacuzzi bathtubs, and more bedrooms than heads in the house that killed it.

When Keepin’ It Real Goes Wrong

50 years ago, people considered it normal for a home to have one bathroom. Multiple siblings sharing a room was also par for the course. A really wealthy family might own a cabin* for summer vacations.

*Back then, a summer cabin did not mean a beach house monstrosity. It meant a tiny shack that was a slight upgrade from tent camping. It may or may not have had air conditioning, and it definitely included lots of tiny bunk beds to pack as many people into as small of a space as possible.

Today, houses have more rooms than people, and small vacation cabins have been replaced with huge vacation mansions. Being wealthy isn’t even a prerequisite for owning a second home anymore, thanks to the miracle of buying anything and everything on credit.

In other words, the average home’s square footage per person has skyrocketed from 289 square feet to over well over 1,000.

Here’s the amazing part: finding a single family home without thousands of square feet and thousands of bedrooms is a serious challenge. As the graphic earlier showed, the American taste has quickly reached a massively oversized breaking point.

No, you don’t. You might think you do, but you really don’t.

Consider this: in 2012, the Wall Street Journal published a study measuring the average use of a family home. In the study, a team of UCLA researchers performed a sweep of an average family’s house every 10 minutes. The location of each family member was recorded and plotted. Here are the results:

Meanwhile, all that unused space is costing very real money, whether it’s used or not.

Unless for some strange reason this family enjoys financing space they don’t use, I’d imagine rolling down the car windows, grabbing a fistful of hundred dollar bills, and throwing them out the window at highway speeds would provide a similar experience.

Sure, it’s easy to point the finger, but if those UCLA researches ran a similar study on me and you, would we look any different? Think about your own home, and how much space you use on a regular basis.

Even in my relatively small 1,000 square foot apartment, a plot of my use would have similarly barren areas. On many nights, the living room and dining room would be lucky to score more than one or two red dots, and there are several days where I’d estimate I don’t even use half of the space I’m paying for.

Of course, we’d all like to have a little extra space for entertaining, but how often do we really entertain? And is it worth paying for that space every single minute of every single day, during the 364 other days of the year?

I think back to an interview I saw years ago from one of the original tiny house dwellers (before the fad became cool). They asked the owner, “Don’t you ever wish you had more space for entertaining?” To which he answered, “I could rent out the entire Bellagio with the money I’m saving each year.”

Don’t Die in the War of Oversized Homes

So how do we preserve our wealth during this great war?

First, we recognize how overrated the out of control mansions really are. Take it from me; unless you enjoy impractically large layouts, a fleet of maintenance men invading your privacy, and a high priced mortgage robbing your freedom, big houses suck.

Second, we recognize how the same disease plaguing the high square footage arms race has slowly crept into the entire housing market. In just 60 years, have you evolved so much from your homosapien peers of the 1950s that you now require an additional 1,700 square feet just to survive?

I didn’t think so, so turn off the House Hunters comparison to some poor couple stretched far too financially thin, and temper those home needs wants to something which leaves you a little breathing room.

We can do it! In the Great War of Oversized Homes, wealth will prevail! 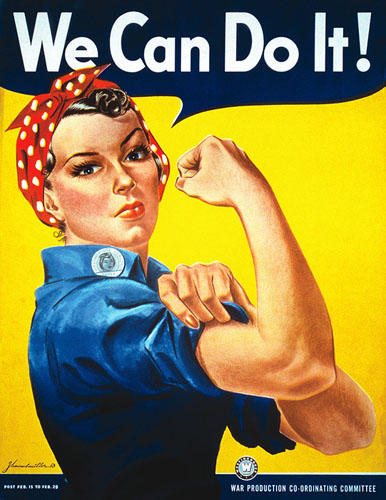 If you enjoyed this post, there’s more where that came from! Check out all the posts, ever, and subscribe to the newsletter below for new posts twice weekly: