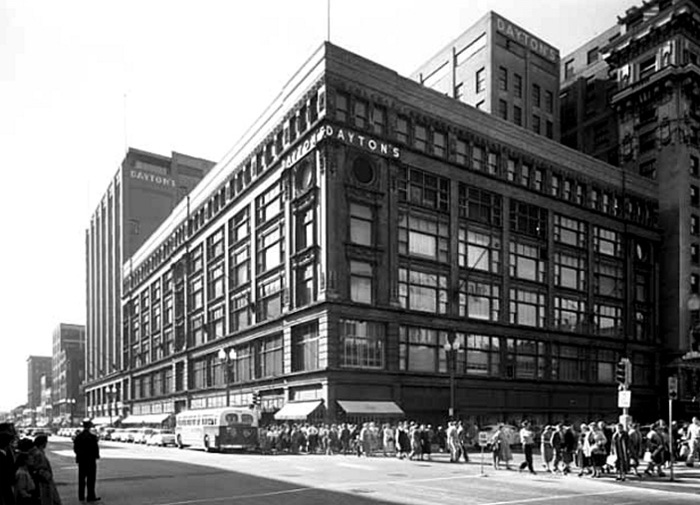 A brick and mortar retail store closing isn’t exactly noteworthy these days, but the downtown Minneapolis Macy’s is a particularly special case.

For one, the store is big. Not just big – massive. This thing takes up (took up?) nearly an entire city block and towers 6 stories into the air.

The 1 million square foot store is so big it uses each floor as a separate category of merchandise. The entire first floor is reserved just for jewelry and accessories. Women’s clothing takes up the second. Men’s clothing sits on the third. Bedding, appliances, and much more round out the remaining floors.

I wouldn’t normally feel sympathy for the closing of a massive retail store, especially a high-end one. I don’t find the business of convincing broke people to buy overpriced junk they don’t need as particularly honorable. But this Macy’s was a special case.

For one, the building was a hallmark of the Twin Cities’ downtown. The store’s size alone made it so – Macy’s was the largest store in all of Minneapolis – but the building’s connection went further than those old brick walls.

Those brick walls dated back to the store’s opening in 1902. For 115 years and through two World Wars, the building transitioned between a Dayton’s to a Target to a Macy’s. The store not only sold to the residents of the Twin Cities, but it also frequently hosted awesome, free events for the community.

Every Spring, this location would convert an entire floor into a free and utterly breathtaking flower exhibit. The awesome little tradition lifted the spirits of the city after an undoubtedly long and brutal winter.

In the summer, the department chain ran an annual fashion show. In the winter, they decorated a holiday display which could have popped right out of the movie set of your favorite Christmas Special.

Which is why I aaaalmost felt sorry for the closing store…. right until it tried to rip me off.

115 Years of Stuff For Sale

Upon hearing of the closing, I went to the old department store to say my goodbyes.

Oh, and I’d be lying if I didn’t admit I was intrigued by the prominently advertised “ENTIRE STORE: 50-70% OFF!!!” signs.

It was crazy in there. Giant red and white sales signs hanging over every corner, and a thick mountain of stickers pasted on each remaining item as the prices were marked further and further down.

I started at the top floor, also known as the completely random stuff floor.

Macy’s had 115 years of junk to purge, so the selection was weird, to say the least. Ever wanted to own Santa’s chair? Maybe a deep fryer or panini press from the food court is more your style? And let’s not forget the mannequins.

I decided I had enough of the top floor when I took a wrong turn and ended up in a room filled with jumbo sized canoes and life size puppets on strings.

When a Sale Isn’t Really A Sale

I descended lower, towards floors containing mostly junk not already picked over by the hordes of eager deal scorers. Still, there looked to be some great discounts here and there:

Now I’m a sucker for cool kitchen tools, so this immediately caught my attention. I love pretending like I’m an actual chef and whipping up the fanciest meal my amateur mind can conjure. Home cheffing flexes the creative muscle, it builds a very useful skill, and even splurging on ingredients is a lot cheaper than going out.

I received a fancy All-Clad Sauté Pan several years ago, and it remains one of my favorite possessions. All this to say, I did a serious double take at a normally $480 pot marked down to $240.

But I wasn’t familiar with the particular pot, so I took out my cell phone, waited for the basement’s 1 bar of service to sputter along, and typed up a quick google search, ready to laugh maniacally at the amazing deal I was about to score.

Those snakes had taken a pot for sale on their own website, over-inflated the price, then hoped some over-excited deal seeker would pay an extra $40 just because of the fake “original” price!

I was so mad I went home without even getting some food court snacks, for old time’s sake.

The Anchoring Effect – The Sneakiest Tool in the Marketer’s Playbook 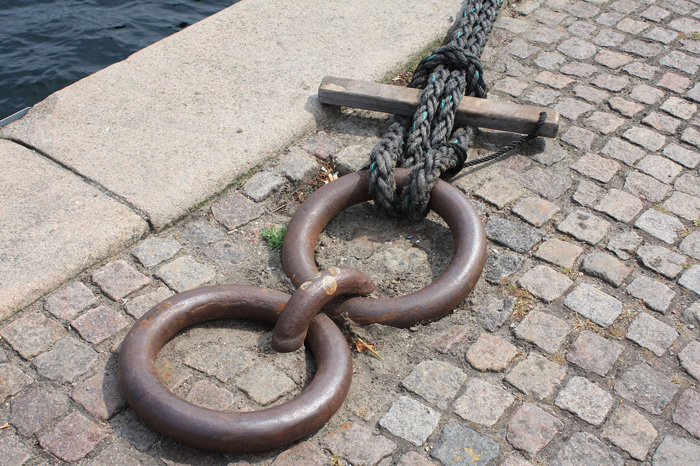 In the late 70s, Nobel Prize winning economist Daniel Kahneman and his partner Amos Tversky famously experimented with a wheel of fortune. The wheel ran from 0 to 100, but the two economists rigged the wheel so it would only stop at either 10 or 65.

Participants spun the wheel, then were asked to guess the percentage of African nations in the UN.

This is what’s known as the anchoring effect – the bias of the human mind to allow completely irrelevant information to influence an unrelated value.

How powerful is the anchoring effect on what we’re willing to spend?

A psychology experiment at MIT held an auction to find out, with a strange twist.

The auction listed a bunch of random objects for sale to a group of marketing students. To prevent against consumer preferences, the auction included everything from books to keyboards to wine.

The twist? Before the start of the auction, the bidders had to write down the last two digits of their social security number on a piece of paper.

Like clockwork, the students with higher social security numbers paid more for all the items. A lot more.

For one cordless keyboard, people with higher social security numbers were willing to pay an average of almost four times as much!

The results held true, in a perfectly correlated relationship all the way across each item. This table from Dan Ariely’s fabulous book, Predictably Irrational, shows the full results from the experiment:

Either people with high social security numbers really like mice, keyboards, chocolates, wine, and graphic design books, or us humans are easily influenced by some finicky factors outside our control.

Once you notice the pattern, you start to see anchoring everywhere:

Agents exposed to the higher asking  price were willing to pay 41% more than the agents who saw the low asking price.

(Note to self – if I ever sell my house, I’m asking $1 million dollars… no matter what. Mwahaha.)

Goodbye to an Icon

So this is goodbye, downtown Macy’s. I’ll miss you for the beautiful seasonal displays you sponsored, and not your use and abuse of the anchoring effect.

And someone, please… burn those creepy mannequins.