I wasn’t always interested in finance. In fact, when I entered this world kicking and screaming back in 1990, I didn’t even have a wizard hat. And as an infant, surprisingly, I had no interest whatsoever in finance. Nor did I have an interest in building a fat stack of cash in the bank.

However, as I toddled my way through my early years, strange things started happening. I began to save my $3 per week chore money rather than spend it. I opened enough lemonade stands to quench the neighborhood’s thirst five times over. I started a baseball trading card business that earned me a whopping $29 profit. And when I was 10, I asked Momma Money Wizard how to be rich.

My mom, not rich herself, laughed and told me that I wasn’t the only one who wanted to know that. But never one to shoot down my dreams, she suggested I read about rich people.

1. A Trip to the Library 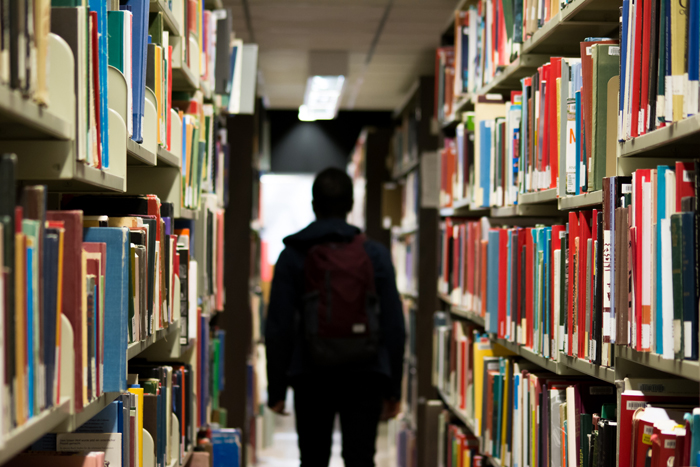 So I headed to the library to read about rich people. There I found a dusty old book buried in the back of a dark shelf. I reached out my hand, and upon touching the book I saw a flash of light, heard the walls begin to rumble, and felt the fabric of the universe altered as space-time began violently collapsing in on itself.

…It might not have been that dramatic. But nonetheless, my 10 year old self didn’t know it yet, but this book would forever change my outlook on the world.

We won’t go into whether or not Mr. Kiyosaki made the whole thing up, but the book sent a powerful message to my impressionable young mind.

The author explains that when you own something, it either makes you money or costs you money.

That fancy car Poor Dad spends so much time bragging to his friends about? The maintenance costs are killing his wallet. The finance world term we have for these things are liabilities. They cost us money, and they are crippling to our dreams of wealth.

Meanwhile, that grocery store chain Rich Dad invested in a few years ago? It’s slowly but surely turning him into a millionaire. His investment in an asset began paying off tenfold.

The secret to wealth Robert Kiyosaki learned from this Rich Dad? The rich invest in assets which make them more money hand over fist, while the poor blow all their earnings on liabilities which keep them stuck in the rat race forever.

I finished the book excited, but frustrated. I still knew I wanted to be rich, but didn’t have the slightest clue where to go. I knew investing in assets was good, but I didn’t have any world changing business ideas or inside scoop on hot real estate deals.

That’s when I learned about a little mathematical secret that can allow anyone to become rich, without any ground breaking business revolutions.

2. The Power of Compound Interest

Hard to believe, so here is how it breaks down:

If you were lucky enough to play this game in a 31 day month, you’d end with $10.7 million dollars. An extra $5 million in one more day. As you can see, compounding can get out of hand fast.

And that’s the beauty of compound interest. Given enough time, it is unbelievably powerful. So powerful, Albert Einstein* once called it, “the most powerful force in the universe.”

Your saved money earns money. Then the earned money, earns even more money. And the process continues. This is the same process as the doubling of cells, which is capable of turning one single fertilized egg into the complex series of 37 trillion cells making up a human being. No wonder Einstein was (maybe) so impressed.

This doubling penny question was posed to me by my favorite algebra teacher. Most everyone in the class chose the million dollars, myself included. When I heard his explanation of the magical doubling penny, my mind was blown.

Once I came back to reality, I agreed it sounded nice, and compounding interest sure sounded impressive. Unfortunately, there aren’t any magical doubling pennies in the world.

There is however, the stock market…

3. The Last Piece of the Puzzle

Shortly thereafter, I was in for one of the biggest shocks of my life. I learned that my grandfather, who lived a modest lifestyle, was a millionaire.

“Modest lifestyle” may be an understatement. ‘Ole Grandpa could squeeze the blood out of a penny. He always drove a 15 year old beater, changed his own oil, drank the cheapest beer, raised FIVE kids as the sole provider, and was known to walk (not drive) for miles if it meant finding a store with a cheaper price. But through stock market savings and a blue collar, low five figure salary, he saved his way to $1.2 million by age 60.

Everything I thought I knew about the rich was turned upside down. ‘Ole grandpa was living proof that wealth for ordinary people really was possible, and it didn’t take a magical doubling penny or world changing business idea to do it. Just basic stock market savings, at the market’s historical 7% rate of return, can act as our own magical doubling penny.

If we recalculate our table for a more realist example, we can see how attainable this is. An initial investment of $20,000, which compounds by the stock market’s average return of 7% for 30 years, would amount to around $163,000.

But wait, that’s not enough to retire on!

Correct, but the beauty of compounding is that tiny changes amount to HUGE differences over time. Let’s make one small adjustment to our assumptions . Let’s assume that you are also saving $160 per week, an amount roughly equal to the average new car payment, after that initial $20,000 investment.

This small adjustment would leave us with about $1,013,473 after 30 years. Not a bad trade off for a less expensive car, a few less fancy dinners, or taking a few less trips to the mall.

It was the Eureka! moment. Anyone can be rich. And it doesn’t take fame, genius, or lottery winnings to do it.

On the contrary, all it takes is time, savings, and a little bit of discipline. To some extent or another, if you were born into a developed country, these are things we all share.

The apt Money Wizard knows how take advantage of this, and in the coming weeks this blog will cover not only how to maximize these three areas, but improve them as well.