MSNBC recently polled the wealthiest 10% of Americans, and 84% identified themselves as some variation of middle class.

What about you? Certainly you’re middle class right?

Another poll surveyed a wider group, with demographics more representative of the entire US population. Not surprisingly, these results indicated 88 percent of the American population considers themselves middle class in one way or another.

So it turns out we all feel, well, extremely average. (Except when it comes to our vehicle skills, where two thirds of drivers consider themselves not just above average, but “excellent” or “very good”)

Something about this math doesn’t add up.

Here’s the shocking truth: an annual salary of $26,400 places you smack dab in the middle of all wage earners in the United States. (Curious where you stand?)

Here’s the even more shocking truth: if you earn any more than $32,400 per year, you are among the richest one percent of all humans on the planet. (Still curious?)

Quite the far cry from our mind’s images of the 1 percenters, driving around all day in million dollar yachts, designer clothing flapping in the crisp ocean breeze.

More accurately, an underpaid teacher in the United States, commuting to work in an old Toyota Corolla, is one of the richest humans on earth.

The true middle class wage earner in America ($26,400 per year) makes more in one year than the average Ghanaian laborer makes over not one, but two lifetimes. Specifically over 165 years, which means that is in U.S. lifetimes, because the life expectancy in Ghana is nearly 25% shorter than our country.

America…  We are a country living in poverty, and complaining about it on the new iPhone 6s with Unlimited Data.

Guys and gals, we are all well off. Extremely well off. The sooner we recognize this, the easier freeing ourselves from the desire of more becomes.

We can all, myself included, stop taking things for granted. Let’s stop pretending it’s not ridiculous that the push of a button can send a text message halfway across the world. Do we really need to get frustrated when it takes longer than a few seconds to send?

We can speed over the landscape in a climate controlled bubble, faster than hundreds of horses. Do we really need to stress over whether the interior has leather seating?

We can even go to a restaurant and pay a servant to bring us food until our stomachs are stuffed with food so delicious it would make the Kings of yesteryear jealous.

We live in a society where the difference between want and need has become a hazy blur, and in some places wiped out all together.

Somewhere along the way, the base line standard of living moved from a basic shelter to a huge, multi-room monstrosity. And it absolutely must have enough extra space to store as many expensive decorations, collections, and stuff as the owner can buy.

Instead of a basic phone, it became a mobile cell phone, and then an expensive smart phone with a screen resolution higher than the most high definition TVs of just a few short years ago, to ensure a person stays entertained at all times.

And not just any form of transportation will do, but every person needs a car to ensure they get wherever they want ASAP, while doing as much damage to the environment as possible in the process.

A lifestyle that would inspire jealousy in 99% of the world’s population is viewed with apathy in our society. A salary that’s less is labeled poverty.

As I type this I am sitting on a plane which is ready to transport me 1,000 miles across the country in a matter of hours. This is a trip that less than 200 years ago would have taken months, and very likely have been fatal.

The man next to me is listening to music on an expensive set of high tech, Bose noise canceling earphones, while apparently making the important decision of whether or not to download “Amy’s Burger Shop 2” onto his smart phone.

The man next to him is surfing the mind blowing technological marvel that is the internet, on a laptop so small it would have been inconceivable 40 years ago. On his wrist is a gold, brand name watch that costs more money than the average Indonesian makes in a year.

And yet I know before this flight is over, someone will complain about the amount of legroom. Or how their baggage servants took a few too many minutes in putting their luggage on a conveyor belt, which conveniently transported their suitcase halfway across the airport and right at their feet.

More Is Not The Answer

I recently overhead a very senior and very successful coworker, who has had a long and extremely successful career, remark that she too considers herself middle class, while lamenting about the greed of America’s 1 percent. She makes $180,000 a year.

We know money is entirely relative. In the same way a Wall Street CEO can feel poor while earning $5 million a year, my coworker can feel middle class while salaried at $180,000. And an American making $32,000 considers themselves poor, while not realizing that to 99 percent of the human world, even after adjusting for cost of living, they are that Wall Street CEO.

We live in a time of unprecedented decadence, in one of the richest countries in the world. Shedding the feeling of being average, middle class, or in any way unspectacular is one of the first steps to feeling rich, without breaking bank.

Be happy for what you have, and recognize your fortune.

Warrren Buffett likes to describe the hypothetical ovarian lottery, or your chance at selecting one ball out of 6.8 billion before your birth. This ball determines your birthplace, race, gender, physical attributes, and health.

If you could put your ball back, and they took out, at random, a hundred other balls, and you had to pick one of those, would you put your ball back in? Now, of those hundred balls… roughly five of them will be American… Half of them are going to be below-average intelligence, half will be above. Do you want to put your ball back? Most of you, I think, will not… What you’re saying is, ‘I’m in the luckiest 1% of the world right now.'” -Warren Buffett 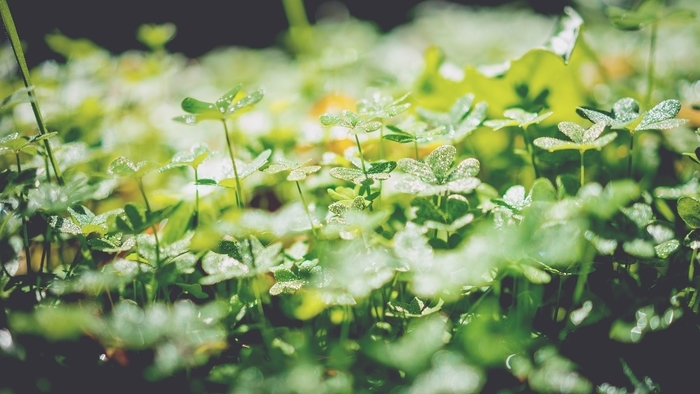 We live in an amazing time. Be happy for what you have, recognize your fortune, and capitalize on it.

Even if you’re struggling with a job you’re unhappy with, you can still earn more in an hour than most of the world can make in a day. Maybe you live in an apartment you wish was bigger. There’s nothing stopping you from making it the coolest tiny apartment around! Maybe you feel like you just can’t get ahead. You already are ahead.

Vanguard CEO, and rare finance-world good guy John Bogle, tells the true story of two legendary authors, Kurt Vonnegut and Joseph Heller (you may recognize these two as the minds behind such classics as Slaughterhouse Five and Catch-22). The authors were attending the extravagant cocktail party of a New York City hedge fund manager. Vonnegut turned to Heller and said, “You know, this hedge fund manager makes more in one day than you made with all the royalties from Catch-22 combined.” Heller replied, “Yes, but I have something he doesn’t… enough.”

Becoming aware of our success is the first step in reaching enough. And once we reach enough, we can avoid lifestyle inflation and free ourselves to comfortably save the leftover in pursuit of complete financial freedom.

I want you to pass on just one thing this week that you would have normally bought. Whether it’s a $2 bag of chips or a $1,000 laptop; think about how much you already have and pass on one purchase.

The first step to becoming rich, is realizing you already are.

If you successfully completed the challenge, let us know in the comments!