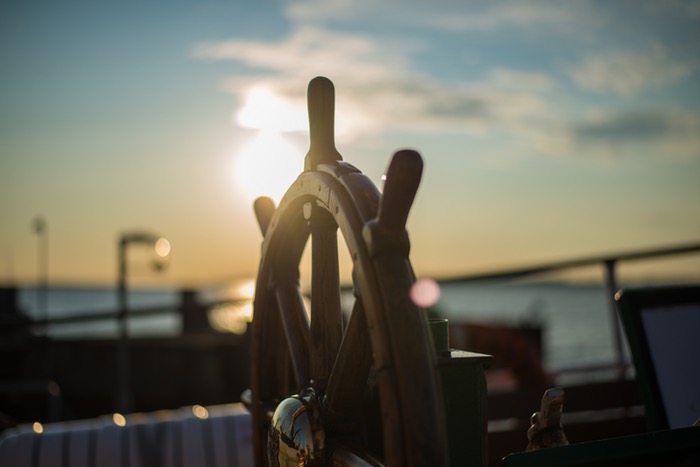 I don’t really hide my love for Vanguard around here, and I’m not alone. Vanguard also comes highly recommended by Warren Buffet, more investing books than we can count, and almost every other website on the internet that’s not in the business of selling mutual funds.

But why exactly are Vanguard Funds the best? Why do I choose to put almost all of my eggs into the Vanguard basket?

I did a lot of research and a little bit of soul searching, all to conclude that Vanguard deserves every bit of its stellar reputation. Here are the top 5 reasons:

Founded in May of 1975, Jack Bogle named the company, “Vanguard” which of course in German translates to low fees.

Okay, that may not be true. But the name Vanguard has become synonymous with low expenses, and for good reason. In an era when mutual funds charging upwards of 1% management fees was common place, Vanguard decided to blow the lid off the whole racket by charging fees at a fraction of a percent.

Today, Vanguard charges fees 80-95% less than the industry average, and the “Vanguard Effect” forces down the price of mutual funds for everyone.

Think a few fractions of a percent in fees don’t matter? Think again. A 1 percent difference in expense ratio can cost you half a million dollars.

2. Vanguard is different – they’re owned by the investors

Most investment companies are owned by a few filthy rich executives, or are publicly traded companies. Both setups present conflicts of interest.

Sure, charging higher fees might be bad for the customer who’s investing his or her life savings, but the added profit is good for the owners and the company’s private investors. See the problem?

Vanguard, on the other hand, is uniquely structured. The company is owned by its funds. Since those funds are owned by the investors, that is, people like you and I who invest in their index funds, we are the ultimate owners of the company.

This is the secret to how Vanguard charges fees up to 95% less than everyone else, and how their expense ratios have actually dropped as the company has grown larger.

Rather than paying profits to private owners and shareholders, the company is able to pass along the economies of scale in the form of lower fund expenses for everyone.

3. Vanguard’s mutual funds are the most tax efficient funds in the world.

Let’s back up – At a normal brokerage, ETFs are slightly more tax efficient than mutual funds. ETF’s greater tax efficiency is mostly due to mutual funds having to sell underlying assets in the event a shareholder wants to cash out his investment. Selling appreciated assets triggers capital gains, which must be paid out to shareholders. Capital gains payouts = taxes.

Vanguard is different. Until 2023, Vanguard holds a patent on the ability of its mutual funds to flow capital gains through its ETF shares of the same fund.

That’s a lot of legal jargon to say that, unlike mutual funds from all other companies, Vanguard Mutual Funds with a corresponding ETF are just as tax efficient as the ETF itself. Meaning Vanguard investors pay less taxes.

That’s something no other mutual fund in the world can claim. Until 2023, at least.

In the early 1970s, Vanguard CEO Jack Bogle investigated a new field of economic research – the idea that actively managed stock funds achieved subpar performance when compared to an unmanaged basket of stocks.

Bogle started crunching numbers and found the average actively managed fund lagged the S&P 500 index by about 1.5% per year, almost the exact costs charged by fund managers. What a coincidence!

In other words, actively managed funds were treading water compared to the index, and they were charging their investors quite a bit of money to do so.

A year later, Bogle established the world’s first index fund, the Vanguard 500 Index Fund, which sought only to mimic the market’s averages while charging investors almost nothing to do so.

It’s hard to name a single innovation which has made investing as approachable to the common man as Vanguard’s creation of the index fund in 1976. In one swift move, Vanguard took the power out of the hands of a few select money managers and instead allowed anyone to match the performance of the entire stock market.

5. Speaking of that Jack, he’s one of the few good guys in the world of finance

By Jack Bogle’s own admission, his net worth is somewhere in “the low double digit millions,” which does sound like a lot, right until you compare him against his peers.

Take Fidelity’s chairman, Edward C. Johnson III, whose net worth totals $9.3 billion. That’s $9.3 billion, with a B, earned mostly from skimming off a little bit from the top of his customers’ accounts.

In addition to having the most pompous sounding name I’ve ever heard, Mr. Edward C. Johnson the III is a walking conflict of interest. He’s the heir of wealthy dynasty who couldn’t more perfectly personify the robbery of high fee mutual funds if they tried.

Bogle, on the other hand, is a vocal critic against the greed on Wall Street, and he’s made a career out of advocating for the small investor. Bogle made the decision to structure the Vanguard organization as owned by its funds, a decision which cost him billions in order to save his investors thousands.

If a statue is ever erected to honor the person who has done the most for American investors, the hands-down choice should be Jack Bogle. For decades, Jack has urged investors to invest in ultra-low-cost index funds. In his crusade, he amassed only a tiny percentage of wealth that has typically flowed to managers who have promised their investors large rewards while delivering them nothing – or, as in our bet, less than nothing – of added value.

In his early years, Jack was frequently mocked by the investment-management industry. Today, however, he has the satisfaction of knowing that he helped millions of investors realize far better returns on their savings than they otherwise would have earned. He is a hero to them and to me.”

Today, Bogle has stepped down as CEO, but his legacy of making the average investor richer lives on at Vanguard.