Here’s the crazy story of the week: A computer image just sold for $69 million dollars online.

Yep, the legendary Christie’s Auction House just finished an auction for its first ever piece of digital artwork. This .jpg image was created by graphic artist Mike Winkelmann, better known by his Instagram handle Beeple:

The artwork attracted some some crazy buzz for its use of “NFT” cryptocurrency technology. (We’ll get to that.)

Bidding started at $100, and this story got on my radar when the leading bid had climbed to $3 million, with 5 days still left in the auction. With 3 days left, bidding had jumped to $12.5 million. And in the last 30 minutes of the auction, the price for the piece skyrocketed from $15 million to a final winning bid of $69.3 million.

It’s the third highest sale of any living artist and one of the highest value auctions in Christie’s 300 year history.

Why would somebody pay 10-mansions-worth of cash for computer pic that they could just right click and save as?

And why might this quirky story actually change the world of money forever?

Why “NFT” is the latest cryptocurrency mania

Like most things cryptocurrency, the geeks branded that name in the nerdiest way possible, so here’s what it means.

In normal economics, “fungible” means something is easily traded for similar things.

For example, a $20 bill in your wallet is said to be “fungible” because it’s exactly the same as the $20 bill in my wallet. The fact everyone agrees that all $20 bills are the same makes buying and selling stuff really easy.

Just like the US Dollar, 1 bitcoin is the same as all the other bitcoin.

Enter a new type of cryptocurrency coin. One that’s NOT fungible.

These coins are completely unique. They can’t be cloned or replicated.

In fact, using blockchain technology that is way too complicated for this article, the cryptocurrency systems can mint a 100%, one-of-a-kind, completely unique coin.

(It’s basically just a serial number that anyone can look up to verify it’s authenticity.)

Here’s where things get interesting.

Again, using technology that’s way too complicated for this article, the blockchain can then attach those unique NFTs to digital items to verify the authenticity of those items.

By attaching the one-of-a-kind NFT to Beeple’s digital image, it’s like stamping the back of the Mona Lisa with a 100% uncounterfeitable seal of authenticity.

Art collectors get giddy at the idea of having a one-of-a-kind original, and the next thing you know, you’ve got a .jpg image selling for $69.3 million.

For an equally crazy story, check out CryptoPunks.

Those goofy, pixelated avatars have built up a cult following, and now original CryptoPunks are selling for ridiculous sums – a single avatar just sold for $7.6 million.

Other artists are cashing in too. Kings of Leon just sold a copy of their album with an NFT certifying it was “The Original” album for $2 million. Grimes just sold $6 million of NFT videos, art, and music.

Wait, why is this even valuable? Can’t I just “save as”?

This question is eloquently summed up in this video:

Me stealing a $69 million dollar piece of art pic.twitter.com/niHxzhfC2T

Why are people paying so much money for something that’s so easily copied?

I mean, I could download Beeple’s exact $69 million dollar painting and make wallpaper out of it, if I wanted to. Or save a CryptoPunk avatar and just pretend I coughed up millions for it.

But collectors don’t care about that.

And they never have.

For better or worse, humans are strange, ego-driven creatures. And they see a value in rarity. In pounding their ape chest and telling the world, “I’ve got a real original.”

The Crazy Trend of Digital Collectibles

If this all sounds ridiculous to you (it does to me) then I hate to break it to you. We’re old…

Spending on virtual stuff is absolutely a trend that’s here to stay.

At a basic level, people have been paying real money for stuff to use in video games for years.

World of Warcraft players are the O.G.s at this. They pay hundreds of dollars for rare items in the game, like this cannon thing that’s worth a couple hundred bucks: 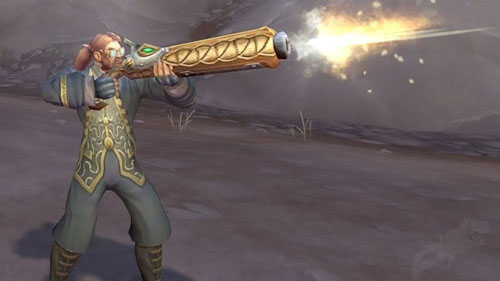 Fortnite took it to the next level, with this in-game costume selling for $5,000: 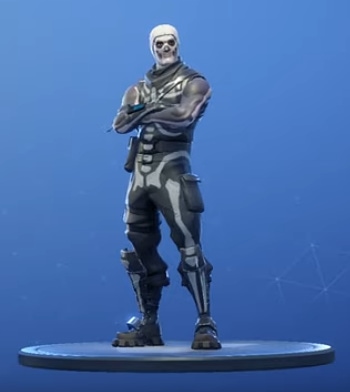 Even redditors spend real money for “Reddit Gold” which they then give away to other posters.

You can’t make this stuff up.

Even the NBA is cashing in, with NBA Top Shot. These are basically digital trading cards. Instead of printed photos, they’re digital videos, and they’re linked to the blockchain with NFTs to certify their rarity. Before you laugh, a clip of a Lebron James dunk recently sold for $208,000.

👑ALL HAIL THE KING👑@YoDough scooped up this Legendary LeBron James Moment from our Cosmic Series 1 set for $208,000‼️ This Moment is from our first Legendary set ever minted 💯

The top acquisition for any NBA Top Shot Moment … so far.

Congrats on the nice pickup! 👑 pic.twitter.com/rFLMzbwXN7

How NFTs Could Change the World

In my opinion, this is just another example of cryptocurrencies entering the mainstream.

And if you step back from the ridiculous snootiness of the rare art and collectibles world, you can see that the security and authenticity of NFTs could actually be a really useful technology.

What’s more secure? A dusty document with a human signature that’s hard to read and easy to forge? Or a completely unique serial number that’s verified by a 100% secure public ledger, with thousands of computers working around the clock to verify its accuracy? (Which can be confirmed, not by a pricey expert with a magnifying glass who’s prone to deception, but with one foolproof click of a button.)

In the future, it’s not hard to imagine NFTs being used not just for goofy avatars and NBA dunks, but even to verify the deed of trust on your house, the title to your car, or even the authenticity of your passport.

Maybe I’m just falling victim to the good old confirmation bias, but all this makes me feel better about my portfolio’s ~10% exposure to Bitcoin and, more specifically in the case of NFTs, Ethereum.

What a crazy time to be alive!

PS – If you’re interested in gambling on crypto (not financial advice) then Kraken.com is my favorite exchange. I’m also a fan of the Ledger and Trezor wallets.