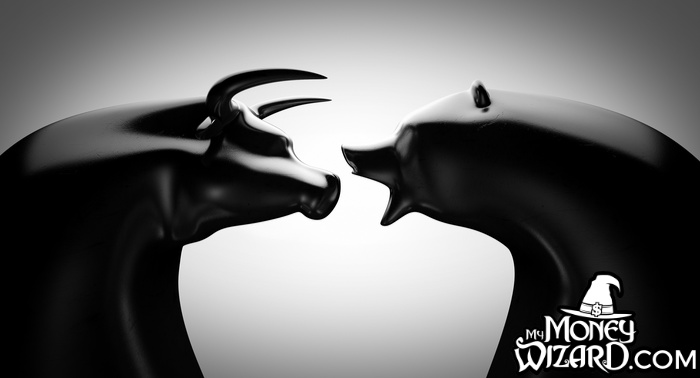 The world is panicked, toilet paper is sold out, and the stock market is tanking.

It turns out, I’m not the only one that found this coronavirus stuff terrifying. In the days after I voiced some concerns, the rest of the world followed suit. It’s like everyone collectively realized worldwide pandemics are most definitely not a good thing. All at once.

The result was like a falling stack of dominoes.

First, Italy went from 30 confirmed cases to zero available hospital beds and a country-wide lockdown, in just 10 days. Then, Japan announced they were closing all schools for a month, amid rumors swirling that the 2020 Summer Olympics might be cancelled. Country after country followed, and the world locked down in a way we have never before seen.

But really, things seemed to come to a head in one particularly wild 24 hours.

Following the WHO officially declaring a pandemic (to which all of us following the situation since December gave a big huge “DUH!”) the NBA also suspended its season. (After a particularly twisted bit of karma, when NBA player Rudy Gobert tested positive, shortly after mocking the virus and doing his best to touch everything in sight… Which only managed to get him sick and spread the infection to his poor teammate, Donovan Mitchell, too.)

Now… the world can be falling apart at the seams, but if there’s one thing that’s sure to get the attention of Americans, it’s cancelled sports and celebrity gossip.

Almost immediately, the stock market fell 9%. Making the “worst” drop from a week earlier feel like child’s play. (That one took a 6 days to fall 10%.)

The plummet officially ended the bull market of the last 12 years. Now, we’re firmly in “Bear Market” territory, which the stock folks define as a 20% drop from previous highs.

But what seems to be making this bear market particularly panic inducing, aside from the fact that its driven by a Zombie-Apocolypse virus hell bent on killing us all, is the overwhelming speed at which it happened.

In fact, if the drop felt like the fastest ever, that’s because it was.

While even legendary Bear Markets like the 2008 Great Financial Crises took 150+ days to happen, this one hit the undesirable -20% milestone in just 19 days.

So, what’s a Money Wizard to do?

Well, what if I told you there were two extremely simple ways to come out of this mess significantly ahead? No excessive risk taking or balls-made-of-steel trading needed.

Times like these prove how impossible timing the market really is.

First off, it’s worth addressing the elephant in the room.

In times of massively falling stock prices, most people’s first reactions will be to make significant changes to strategy. Specifically, they’ll try to “time the market.”

You’ll hear all about people selling early, to avoid the future pain. Or buying now, to take advantage of the reduced prices.

And if you’re still feeling the temptation, read back to my article showing how horrible those “smart” strategies could have ended during 2008.

But you really don’t have to look back at history to see how difficult timing the market really is. Because we’re living it right now.

I mean, who would have guessed that after an 8% crash on March 12 and the declaration of a National Emergency, the market would… rally by 9% on March 13???

Here’s a chart from Michael Batnik and Nick Magguilli that shows just how unpredictable. After similar 20-25% falls to the stock market, history has shown us the next year has been as bad as -33%. But also as good as +50%.

So is this the start of a true recession? Or are we entering into a V shaped recovery? Who knows…

Save yourself the stress. Because there’s two easier ways to gain from a falling stock market.

Dollar cost averaging is the simplest investing strategy ever, and also one of the best. (Warren Buffet recommends it to everyone who doesn’t read 1,000 pages of financial statements a day.)

All you do is define a set amount of money, and invest that money into the stock market at equal intervals.

For example, saying to yourself, “I’m going to invest $1,000 every month into VTSAX” is dollar cost averaging.

Then, each month, you do it.

Why it helps you profit during falling markets:

To continue our $1,000 per month into VTSAX example, let’s take a look using current data.

In a way, dollar cost averaging automatically allows you to “buy low, sell high.” Your contributions automatically take advantage when stocks are on sale, and are cautious when the market may be overpriced.

In other words, you’re “timing the market” without having to be right. Or even doing any of the legwork that usually accompanies a risky market timing bet.

BONUS: If you’re maxing out your 401k, you’re automatically employing a dollar cost averaging strategy. Because a set amount of money automatically gets deducted from your paycheck and invested every pay period.

2. Choosing an asset allocation, and sticking with it.

The second tried and true strategy is to choose a percentage of assets to hold, then check that percentage periodically and rebalance as needed.

You invest during the market peak, at which time your asset allocation would look like so:

Then a market shock hits. Like oh, let’s say, the worst pandemic in modern humanity…

Seemingly overnight, the value of your stocks plummet 25%. Bonds moved in the opposite direction, as they tend to do, and went up 2%.

You have to buy some low priced stocks!

And to fund that, you’d deploy some of your cash and sell some of your now highly priced bonds. (Specifically, you’d need to buy $4,160 of stocks, which you could fund by selling $2,180 of your bonds and spending $1,980 of your cash.)

Why it helps you profit during falling markets:

Congrats! You just achieved the type of sophisticated market timing that the market timers yearn for. Yet your profit was achieved not through stressing over daily debates buried in the Wall Street Journal, but from just sitting on your sofa and checking Personal Capital every month or so.

Conclusion – Don’t get caught up in the recession hype. Stick to the basics.

Times like these are especially trying. You’ll see your net worth falling, and you’ll hear all sorts of predictions.

Your job, if you want to come out wealthier, is to stick to the basics.

The exact reason the market provides higher percentage returns than so many “safe” asset classes is because of the type of volatility we’re experiencing right now. In finance, there’s no return without risk. It’s the price of admission.

If you keep calm and weather through that risk, you’re eventually rewarded with the return.

PS – I mentioned it earlier, but Personal Capital and its awesome free portfolio allocation calculators are extremely useful in times like these.

PPS – I’m not a professional and none of this should be considered financial advice. Everything on this blog is my personal, unprofessional opinion.