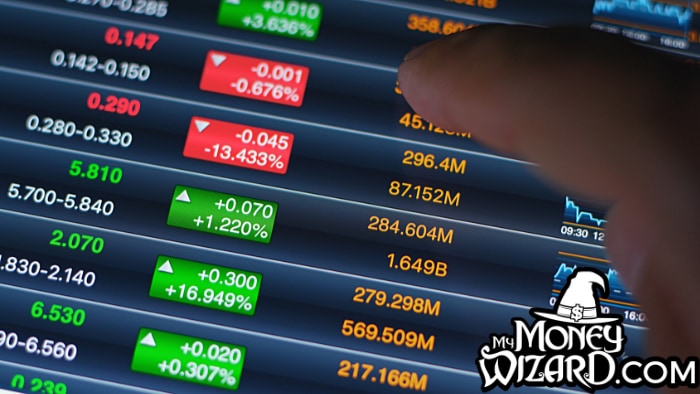 Earlier this week I published my monthly net worth update and got a reader question that immediately sent me barreling down the bumpy dirt road we call Memory Lane.

The question was innocent enough – what stocks had I invested in when I first started my investing journey?

Oh, man… could those stocks tell a story…

If I were writing a book, each one of those stocks could be big bold chapter, topping pages upon pages of lessons.

Some lessons good… some bad, but most highlighting the naivety of a young investor eager to become the next billionaire Wolf of Wall Street, then realizing – surprise, surprise – that becoming Warren Buffett is a whole lot harder than it looks.

Join me for a quick post down memory lane? (Just don’t laugh too hard…)

Early on, my approach was pretty simple.

Somewhere along the way, I’d discovered that the everyone in the universe seemed to agree Warren Buffett was the best investor of all time. After all, he was the richest, and isn’t that how we measure the score of this game? Seems like it couldn’t get any clearer.

So naturally, I read everything I could about the guy. And I was especially ecstatic when Buffett conveniently revealed his whole secret to the world in the form of his investing manifesto.

According to Buffett, the best book on investing ever written is The Intelligent Investor by his college mentor, Benjamin Graham. 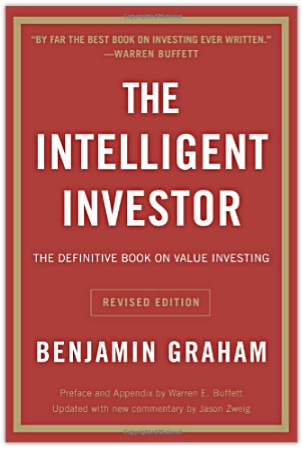 Graham touts the “value approach to investing.” Like most things Finance, the name is a little vague but the practice couldn’t be simpler. With value investing, it’s all about buying stock in good companies that are currently under-priced.

In his book, Graham explains this investing approach from every angle. Which meant that right there, in about 500 pages, was a complete how-to guide to becoming the richest person in the world.

And here I was toiling away with silly index funds… Time to beat the market!

How hard could it be?

So there I went, off to find myself some good, under-priced companies. (Me and a few million other investors…)

With a few thousand dollars of my teenage earnings and college savings, I started picking stocks.

After waiting for the last 10 years or so, here’s how those picks turned out.

This was one of my first buys, back around 2008. At the time, the price was depressed, as was the rest of the entire stock market. So you could literally throw darts at a board and make a profit.

I guess it pays to be in the right place at the right time.

I can’t even remember what the original name of this company was, which definitely isn’t a good sign.

That’s because I bought a few thousand dollars of this bad boy after the Japanese Fukushima nuclear meltdown. As you’d expect, nuclear power plants exploding isn’t good for business, and the price of anything even remotely related to uranium had plummeted.

Most people naturally assumed this mean the writing was on the wall for nuclear power. Young Money Wizard, on the other had?

“A PERFECT value buy!” I thought to myself at the time. Time to make uncle Warren proud!

“Once people get over it, the price HAS TO skyrocket.”

Turns out… it doesn’t. A decade later, nuclear power is still the black sheep of the “clean” energy world, this company literally went bankrupt, and I lost thousands.

I bought this back when cell phones weren’t nearly as much of a third appendage as they are today.

At the time, a few fringe people had just started cancelling their cable TV packages in favor of this up and coming idea called Netflix, and the stock market was fearful for the future of big cable.

Another perfect value buy in Young Money Wizard’s eye. Unfortunately, even after rising to power as a huge cell phone company, the price of AT&T stock has actually declined, and my only investment returns have been from reinvested dividends.

I’d love to tell you I did all sorts of advanced analysis that lead me to purchase this stock. But I’ll be honest. I literally bought this stock because some guy, somewhere, wrote a really convincing blog post about why he thought it was a good investment.

Yeah… not the best investment thesis…

This profit looks impressive, but I’d have actually made more money in an S&P 500 index fund.

For a while, this was actually one of my best investments. As it turns out, selling an extremely addicting product is good business, even if it makes you a bit of a scumbag.

But I think the world is turning on this. Profits lately have been down, and this investment definitely would have made more money in an index fund.

Man, that was painful. There’s some serious stinkers in that mix.

While the final profit might sound impressive, I’d definitely be tens of thousands of dollars richer today if I had just put my money into a basic index fund. (Not to mention all the time wasted doing my best Gordon Gekko impression.)

Here’s a graph comparing my investment in the companies I picked versus a broad index fund like VTSAX:

But good news! When you’re investing, you can be wrong and still be right.

But here’s the most amazing part about this jaunt down memory lane:

Even though some of those stocks lost money, you know what would have definitely lost even more money? A new car. The latest headphones. A wardrobe of expensive clothes that’d probably be rotting in a landfill right now.

Instead, that little portfolio, picked mostly by a clueless teenager who was more focused on this week’s party than anything else, has still made me tens of thousands of dollars.

This just highlights one of the coolest parts about investing.

You don’t have to get everything right.

More often than not, just putting your money into any kind of productive assets (no matter what those assets are) is doing yourself a favor.

More often than not, investing in something… anything… is better than doing nothing. And it’s always better than spending.

Thanks for reading! Go easy on me in the comments 😉

Do you enjoy my free blog? Share this article on your favorite social media or take advantage of free, awesome products like Personal Capital or Rakuten using this site’s affiliate links. (Like those two links!) Thanks for keeping this place alive!