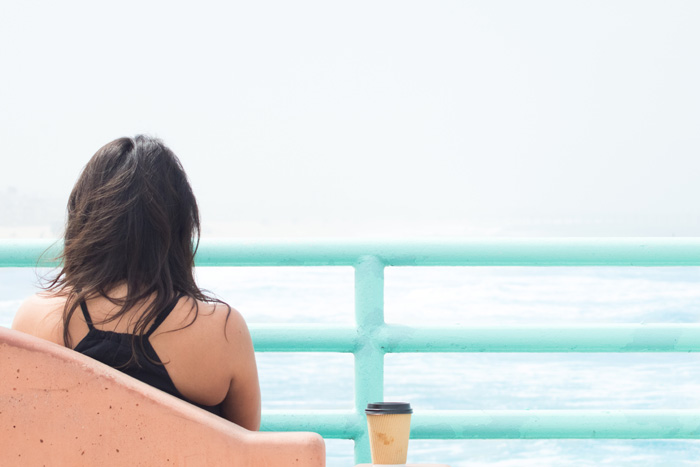 In the thousands of words I’ve written on this website, the tons of emails I’ve sent back and forth with readers, and the millions (and billions!!) of article comments, there’s one question I easily get asked more than any other.

Nope, it’s not just how exactly I plan on retiring by age 37. Nobody really seems to care for the details about how I’ve saved $150,000 before my 27th birthday either.

$10 internet is a close second.

Nope, far and away the number one question I get from readers is:

Should I invest in a Roth or Traditional IRA?

Well, we can hope this is a million-dollar question. In reality, it’s more like a couple thousand-dollar question, and for most of us, the answer is so insignificant that it’s not even worth fretting over.

I know, I know… For years you’ve watched Financial Advisors in their fancy suits, far too big wristwatches, and far too shiny cufflinks parade in front of your employer’s annual retirement seminar, rambling on endlessly about the complex differences between the two retirement accounts.

Yet the more he talks, the more confused you feel. Isn’t that amazing?

(PS – here’s a safe rule of thumb: if you’re a reasonably intelligent person, and what should be a simple explanation still makes no sense to you after multiple descriptions… someone is probably trying to intentionally confuse you. They’re either trying to sell you something or make themselves look smarter.)

The differences between Roth and Traditional retirement accounts don’t really matter all that much.

Traditional Account: Is funded with pre-tax dollars. In other words, your contributions are tax free, and they reduce your taxable income. The account then grows tax free, BUT you have to pay taxes when you cash out in retirement. In layman’s terms – you pay taxes on the back end.

Roth Account: Paid with after tax dollars, but the account grows tax free, and can be withdrawn at retirement without paying any taxes. Translation – you pay taxes on the front end.

(Both options are better than nonretirement (aka taxable) accounts, where you pay taxes on the front end, back end, and even some of the middle…end)

But still, this sounds like a tough choice, right?

Let’s start with a simple example that shows just how needless all the worry about which basket to put your eggs in really is. Assume:

With the traditional account, you receive an income tax deduction up front, but you’ll eventually owe taxes on the withdrawals. The process looks like this:

Under option B, the Roth account is funded with after tax dollars, but you don’t have to pay taxes in retirement. The Roth process looks like this:

Hey wait! Both options gave us the exact same amount of money.

If your tax bracket stays the same, Traditional and Roth accounts leave you with the exact same amount of money.

“Okay Money Wizard, but what if your investments, you know… actually make money?”

Good question. Counter-intuitively (or maybe intuitively, if you’re better at math than I am) your retirement account’s rate of return doesn’t impact whether the Roth or Traditional account is a better choice.

Yes, even if you earn an astronomically unrealistic 1 million percent per year, you’ll have the same amount of money in your pocket, no matter which type of retirement account you choose.

I could run through another boring math example to prove this, but just trust me.

(You’re not trusting me are you? Without busting out numbers, the process works like this: If you choose Traditional, you do actually write the IRS a larger check at the end, but this larger tax burden is canceled out by the benefit of starting with a larger initial investment. If you choose a Roth, your smaller, after-tax investment can’t grow as large, but you don’t have to pay any taxes in the end, leaving you with the exact same amount of money in your pocket.)

So, when does one retirement account make for a better choice than the other?

In the previous example, the results were the same because your tax bracket stayed the same. Therefore, the tipping point for Roth vs. Traditional decision is whether you expect to be in a higher or lower tax bracket today or in retirement.

If you’re in a lower tax bracket today than you will be in retirement, paying those taxes now makes more sense.

This should be intuitive, but let’s look at two quick detours to prove this point. Feel free to skip these next two examples if you get the point and/or are already math’ed out.

Your two options are:

Winner? The traditional account, because you deferred taxes while you were in a higher tax bracket.

Now imagine the same scenario, but with a 25% tax bracket today that is raised to 33% in retirement.

Winner: Roth account. This makes sense. Paying taxes while in a lower tax bracket is intuitively a good thing.

Why The Retirement Account Debate Isn’t Worth Your Stress

All those calculations and textbook answers aside, the differences between the two choices still aren’t really worth stressing over.

Why? Because the two retirement accounts are mathematically very similar, and nobody can predict the future anyway.

I would guess most people will earn more income (and be in a higher tax bracket) during the time in their life while they’re slaving away 40+ hours every week, rather than when they’re 70 years old working as a Walmart greeter because they’re tired of playing too much bingo. This is a valid argument in favor of the traditional retirement account.

On the other hand, maybe you’ll read so much of MyMoneyWizard.com and make so many brilliant investments that your retirement income blows your ordinary income out of the water, in which case the Roth would probably leave you ahead.

The point is, there’s a lot of guess work.

Even if you can perfectly predict your future income, do you know what tax rates will look like 30, 40 years from now? I sure don’t.

40 years from now, an A.I. version of Donald Trump’s hair could be serving his 10th consecutive term, slashing income tax rates down to a flat 10% across the board. Or equally likely, Bernie Sander’s robot grandchildren could be running the country and rewriting the tax code for a 50% income tax rate.

The point is, it’s a guessing game. A guessing game that people love to stress over. The unplannable that everyone wants to plan for. (Totally off topic, but spell check is telling me unplannable isn’t a word. I say nonsense! What do you think?)

So relax, the choice between a Roth or Traditional account won’t be the difference between living in poverty or swimming in bathtubs of dollar bills during your retirement years.

Personally, I max out both, which diversifies my decision a bit. The traditional account is my main priority, and what I use for my $18,000 of annual 401K contributions. I have a couple reasons for this decision:

This is me talking as a guy who’s not wearing a fancy suit and has nothing to sell you – No matter your situation, as long as you are saving and investing in either account, you’re on the right track. There’s no sense stressing over the minutia and trying to predict the unpredictable. It will all work out.