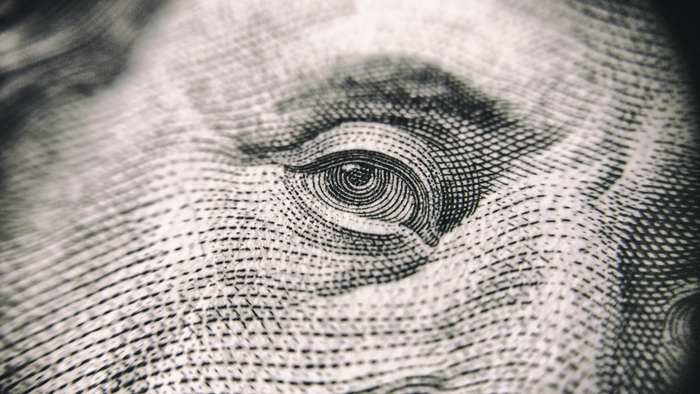 Last week I wrote about how Equifax managed to lose the most sensitive personal information for 46% of the American population.

When I wrote the piece, I was pretty frustrated with Equifax’s lax treatment over my identity. A few days later, as I tried yet again to clean up Equifax’s mess by freezing my credit, it dawned on me.

From Frustration to Anger

Truthfully, when I heard the news of the hack, I wasn’t all that bothered. “Another security breach,” I thought, “big deal.”

For the first few days, I was even a little entertained by the news. A bunch of idiots with an already bad reputation managed to lose social security numbers for half the country. I felt somehow removed from it all, and besides, this would make for some great blog fodder.

(It dawned on me that this must be how news anchors feel as they cheerfully report on a disastrous train wreck.)

As I took up my duties as a good money blogger and started digging into the details of the breach, I began writing. The first words that came flying off my keyboard still maintained my usual sarcastic lack of seriousness. As I started learning more and more, my article’s tone started to shift.

I realized this wasn’t really a joke. In fact, the breach was shaping up to be the worst hack in history. I found myself pounding the keys with a little more ferocity.

Even worse, Equifax’s powers that be didn’t seem to care in the slightest. They sat on the news, sold their stock, and issued the type of horribly insincere press release that only an empty suit could dream up.

Their whole attitude could be described with the most annoying of all emojis:

I still wasn’t mad, but I started to feel a sense of violation. I realized my original plan to ignore this breach just like all the others was clearly going down in flames, so I called the agencies to set up a credit freeze.

I maintained my composure all through the ridiculous holds. You’d think an annoying robot slowly repeating everything I typed would have done me in, but I was still left just mildy annoyed.

As I sat trapped on the phone, my mind started wandering like a prisoner in solitary confinement.

Alone with my thoughts, I started to ask questions.

Why was I left cleaning up this mess? I didn’t do anything wrong.

Why don’t they seem to care that they just screwed half the country? Not even a little bit?

WHY AM I PAYING THEM $10 FOR THEIR SCREW UP?

Anger, reached. I raised Equifax’s ? with a ? and I started doing some math.

Equifax compromised the security of 143 million people. The only way for those people to correct Equifax’s fumble is to freeze their credit, which involves paying $10 to the very people who caused this mess.

These people are criminals.

The Criminal Case Against Equifax

1. Equifax’s business model involves obtaining personal information for every American in the country, without their consent.

If I did this, I’d be in jail for identify theft. If Equifax does this, it’s considered their business’s competitive advantage. Somehow.

2. You’d think this privilege would hold Equifax to a higher standard of IT security.

Instead, the company scrimped on security spending. They were so incompetent, they allowed three hacks of their system in less than a year and a half.

3. Equifax’s poor security practices allowed hackers access to our information for 10 months, while Equifax had no clue anything was going on.

4. Rather than immediately alerting the public of the hack, Equifax management sold their stock.

5. Then, Equifax sat on knowledge of the hack for another 6 weeks, while our personal information could be used for potentially life wrecking fraud.

6. Equifax’s solution was a website intended to let us know if we were affected. Instead, it became obvious the website was only generating completely random responses.

Whether they were intentionally trying to deceive us or are just that clueless, we’ll never know.

7. Equifax’s used “helpful services,” like their worthless website, to sneak in legal language that waived the legal rights of customers just trying to clean up Equifax’s mess.

Only after continued public pressure did the company remove the hidden language.

8. For all this, Equifax will probably profit off their negligence. As concerned customers have no choice but to pay Equifax $10 each time they want to freeze and unfreeze their credit, Equifax could receive up to $4.3 billion in sales. Plus any residual income from their automatically renewing “free” credit monitoring service.

That’s $30 round trip. If each American affected by Equifax’s blunder did this, Equifax would earn $4.3 billion.

I hope I don’t come across as harsh, but send these clowns to jail, where they belong. And not some white collar resort. These people deserve to be in federal pound me in the ass prison!

Hey Credit Agencies, Step Out of the Stone Ages

Let me get this straight. If I want to check my fantasy baseball league after I’ve cleared my internet’s cookies, I can’t log in without two factor authentication?

And in order to download Roller Coaster Tycoon onto my iPhone, I have to get my fingerprint read by a laser cut, sapphire crystal scanner?

But if I want to impersonate another human being and get a million dollar mortgage in their name, I just need to provide a 9 digit number that was invented in 1936?

Hey credit agencies, step out of the stone ages!

We have fingerprint scanners thinner than a human hair capable of reading sub-epidermal skin layers in milliseconds. And your business couldn’t think of a single technological innovation in the past 80 years?

I can only hope your terrible company gets what’s coming to it.

If you’re as fired up about this as I am, you can file a complaint with the Consumer Finance Protection Bureau (CFPB).

The CFBP is a federal regulatory agency founded to protect consumers against the big bad financial institutions, like say… a company tracking all your personal information without your consent, then charging you time and money to correct their mistakes.

The CFPB prides itself on addressing complaints. Smack dab in the header of their website is a link to submit a complaint, and they boast that 97% of consumers receive a timely response within 15 days.

I sent them a short note explaining that I never authorized Equifax to track my information, and Equifax’s negligence directly cost me at least $30. We’ll see how it goes.

Do not ignore this, identify theft could happen to you.

As I was writing this post, I got to the previous paragraph and called it a night. I closed my laptop and headed to bed.

The next morning, I woke to three text messages and a missed call from Chase bank. Apparently, they spotted some suspicious activity on my credit card – a $41 charge at a gas station in Texas.

I jogged my memory. I hadn’t filled up with gas in weeks. I’m pretty sure I was asleep at 1:11 AM, when the card was charged. And I was definitely 1,700 miles away from Lewisville, TX.

Luckily, Chase had my back, and they gave the thief a big slap of DENIED while I slept.

Whether this small-scale attempt at ID theft was related to the Equifax hack, I’ll never know. But I do know one thing; the hard dose of reality was a stark reminder, and it gave me all the motivation I needed to finish this article.

I encourage everyone to freeze their credit. Here’s how:

As of today, I’ve frozen my credit through Experian and TransUnion. I still haven’t been able to reach Equifax; their online form and telephone lines are both still “unavailable.”

With any luck, Equifax will get shut down, and I won’t have to give them my money anyway.

UPDATE 9/29/17 – Heads are starting to roll, as they should. Equifax’s CEO has resigned.

The interim CEO threw a peace offering our way, allowing free credit freezes… sort of. Unfortunately, they still won’t allow me to freeze my account.