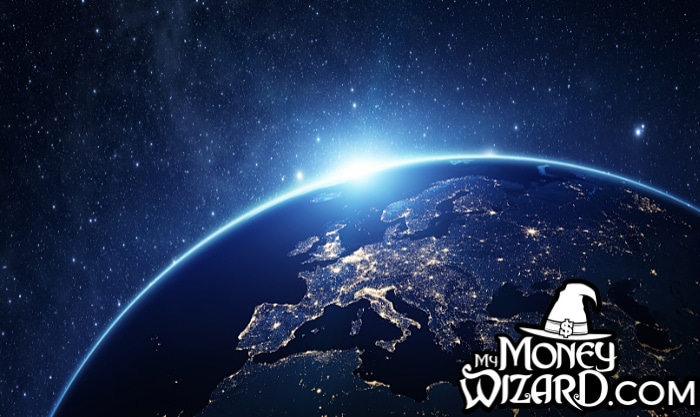 Or, Elon Musk’s dreaded tweet, to be more specific.

Yep, that right there was enough to send the whole asset class into a tailspin.

Aside from how funny it is that Tony Stark, I mean Elon Musk, can single handedly crash a trillion dollar industry*, the whole story raises an important question that many people are wondering…

Is bitcoin’s energy usage going to kill the planet?

The way I worded that sounds like an obvious exaggeration, but that’s not to take away from some eyebrow raising truths about bitcoin:

So, I looked into it. And, I was surprised to find out that no, bitcoin will not kill the planet.

1) Bitcoin’s energy usage is designed to decrease by 50% every four years.

Right now, most of bitcoin’s energy usage is from the creation of new bitcoins.

But by design, bitcoin’s supply is limited, and the rate of new coins being created is dropping significantly.

You see, when the mysterious Satoshi Nakamoto created bitcoin, he coded a set limit of 21 million bitcoins, ever.

Except, he couldn’t just release all those into the wild right away. That’s just not good monetary policy. (Although The Fed and their money printer might disagree right about now! Hey-o!)

Not surprisingly, applying all this computing power (aka mining) uses a lot of energy.

But here’s the important part…

The rate of bitcoins released gets cut in half every four years.

Eventually (in the year 2140) all of bitcoin’s 21 million coins will have been mined, so energy used for bitcoin mining will drop to zero.

That said, all that mining does currently use a lot of electricity. Which is why the boomers like to hop onto 60 Minutes and report on shocking stories about how a single computer mining bitcoin somehow uses 4,000 times the electricity as the average American household.

Scary stuff, except they omit one very key fact.

75% of the energy bitcoin uses is from renewable energy sources.

It’s too cost prohibitive not to.

For a simple (exaggerated) example, if you live in the United States and try to use your computer to mine bitcoin, you’ll get slapped with sticker shock after your first month’s energy bill. Put simply – $10,000 worth of energy usage sure isn’t worth the $10 worth of bitcoin you might receive.

Instead, the only people in the United States who successfully mine bitcoin usually buy a plot of land in the New Mexico dessert, strap up some 100% renewable solar panels, and run their whole bitcoin operation in a way that would make a eco-conscious, off-the-grid van lifer proud.

Same story in China. One region of China (Sichuan) currently does half of the world’s bitcoin mining. Why? They have cheapest renewable energy in the world – 95% of miners there use 100% renewable hydroelecticity.

Of course, mining is just one cause of bitcoin’s energy use. The other is the network’s transactions. But on that front…

Quick recap – the secret sauce to bitcoin’s functionality is the blockchain. That’s a fancy word that basically means a public ledger… no different than a big accounting notebook the whole world can see.

But how to make sure nobody tampers with the notebook?

Computers on the network have to solve a complex math problem – a mathematical “proof” to, incidentally, prove the transaction is legit.

Like bitcoin mining, that math is a complex process, and it uses electricity. Critics will say it’s too complex and too slow, especially if bitcoin is ever going to grow big enough to put a dent in the world’s existing payment systems.

Here’s the part they’re ignoring though…

Bitcoin’s code is open source, which means everyone can look at it and try to find solutions. So, geniuses are doing what geniuses do – finding genius solutions to problems.

So far, they’ve figured out that they can actually use one bitcoin transaction to fuel hundreds, or even thousands of other transactions.

If you’re curious about how this works and/or want to feel dumb for a minute, just do some light reading on bitcoin’s lightning network or the potential of the Stacks protocol.

4) Other forms of money aren’t exactly clean, either.

As surprising as it is to learn about bitcoin’s energy usage, this whole argument is a bit silly.

Comparisons in a vacuum aren’t very useful. Bitcoin’s energy usage sounds awful until you consider that something as innocent as idle electronics in the USA (your TV or computer that’s turned off but still plugged in) use four times as much electricity as the entire bitcoin network each year.

Along the same lines, when is the last time Tesla scrutinized the current banking industry’s energy usage? Or the government’s money printing? Gold mining?

And besides, at the most fundamental level, Bitcoin’s energy consumption (and the intense computing power confirming the blockchain’s security and accuracy) is actually what backs its value. If you want to play the real comparison game, ask yourself what truly backs the value of the United Stated Dollar?

As Fiat currency, it’s sure not gold or gemstones anymore…

More than anything, that’s what keeps the US dollar secure. And those tanks, F-22 raptors, tomahawk missiles, intercontinental nukes, and millions of military pensions sure aren’t cheap.

Given the choice, bitcoin fueled by renewable energy could actually be the most environmentally friendly form of money we have!

PS – If you’re interested in crypto, investing through my referral links to Kraken, Ledger, or Trezor helps this site immensely!