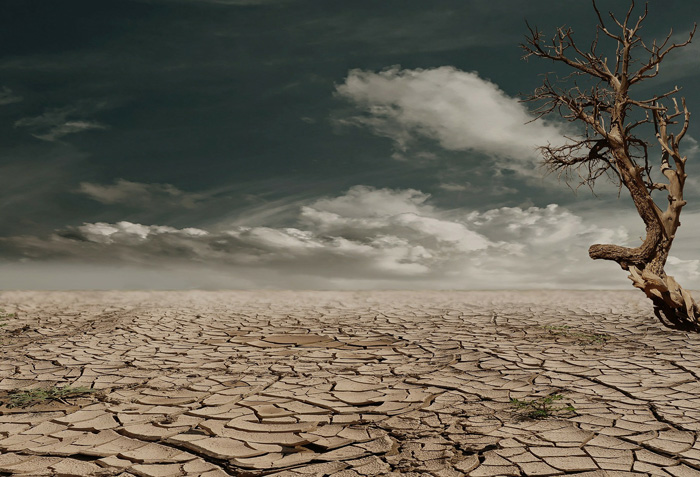 Picture this: you’re asleep in bed at 2:00 in the morning, when you’re startled awake by a crash.

It’s pitch black outside, but in the darkness you can barely make out two men outside, flashlights in hand. They’re banging at your door, and you realize you might be getting robbed.

Your heart is pounding. In all the chaos, and as you wipe your eyes awake, you quickly realize you misjudged the situation. But that doesn’t make your reality any better.

The two men aren’t robbing you. They’re warning you.

There’s a fire spreading throughout the neighborhood. Your house is surrounded by flames, and you need to leave NOW.

This was the situation fellow money blogger Dads, Dollars, and Debts (DDD) found himself in earlier this month.

The Worst Fire in Modern History Hits Close to Home

DDD immediately grabbed his wife, his kids, and a small bag of camping gear and fled for his life.

With all the street lights out and smoke everywhere, he drove in total darkness to seek refuge with a friend. During the drive he dodged jumping flames and glowing red embers, all while hoping he wasn’t heading further into the fire.

He made it safely to his friend’s house, and later that morning he heard the news…

His house was completely burned to the ground. Everything lost. The fire burned so hot that even his fireproof safe melted away. 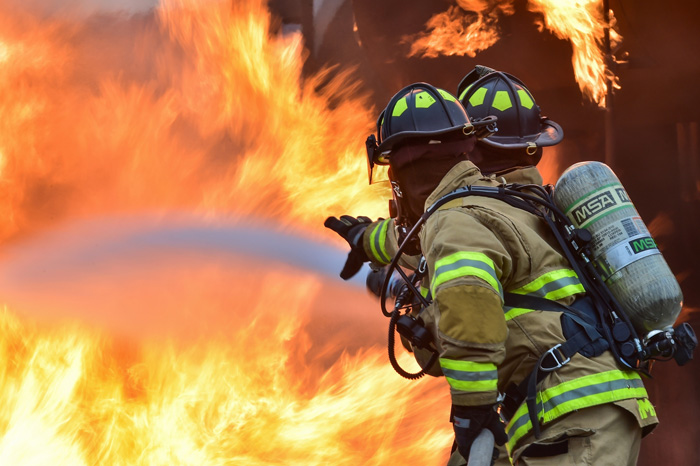 He was left no choice but to start rebuilding…

What would you do if you lost everything?

From a selfish perspective, I posted earlier this month about my trip to California right in the middle of the fires. And while the biggest inconvenience I had was switching hotels, it’s entirely possible I was snapping pictures of the Golden Gate Bridge while DDD was picking up the pieces of his life. 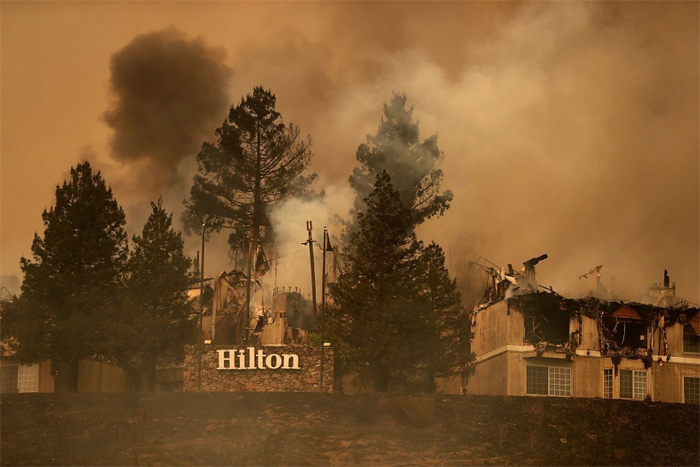 And as I read DDD’s harrowing account of the evacuation and eventual loss of everything, his post hit me even harder. 2,000 miles away in chilly Minnesota, I was closing on a new house at the same time his was burning to the ground.

We Forget How Lucky We Are

I know it sounds incredibly cliché, but we really don’t stop and count our blessings enough. At least I know I don’t.

Our best day is someone else’s worst day. Our “serious problems” are somebody else’s laughing stock.

It’s all about perspective.

Your Stuff Is Just That

Stuff goes away, because it’s not real. It’s a feeble attempt by humans to try to convey an emotion. We feel joy when we buy a new gadget, we feel relaxed when we look at a special painting, we feel rich when we buy something expensive, or we feel loved when we get a gift.

But all the stuff is just the middle man. It’s the humans, and those human connections, that are actually behind those physical facades.

Fresh off a move into a new house, I’m especially reminded of this.

I just spent a week tediously shuffling around my stuff in the back of a moving van. I carefully carried it up stairs and around corners, stressing about whether I was going to accidentally scratch the side of the stuff.

“Oohhh, isn’t this thing cool,” I said as I put some stuff into its final perfect corner. “Remember how much fun it was to buy that?”

And I’m transported back to any number of emotions the stuff is meant to spark.

But I could lose it all tomorrow. As the tragic wildfires show, we all could.

And while I think even the most hardcore minimalists would be upset about losing their prized possessions, we have to take a step back.

Amassing massive collections of stuff is an exercise in futility. It’s a distraction from what’s real.

If we have our health, our people, and our life, then we’re unbelievably fortunate.

Money’s job then, is not to fill our houses with stuff. It’s to buy us the things that really matter – our freedom from jobs we dread, and time with people we care about.

Emergency Essentials – Preparing for the Worst 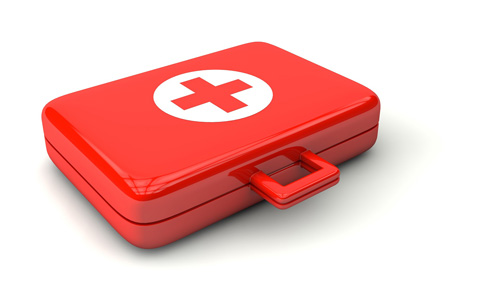 Of course, that’s not to say money can’t also be used to help prepare for a disaster. We’d all like to think it won’t happen to us, but what if it does?

Putting yourself in a position of financial strength is the best move you can take to prepare for any sort of disaster.

DDD is a personal finance blogger, and thankfully, he’s put himself in a sound financial position. I can’t even imagine the amount of stress those who were already living maxed out before the fires must be experiencing right now.

I’m still not the biggest proponent of huge cash emergency funds, but I do believe that carefully designing your budget with plenty of wiggle room is the best emergency preparedness you can take. Someone with a 50% savings rate and thousands of dollars in index funds will have a much easier time handling life’s curveballs than someone living on the financial edge.

Ask yourself this: if your house burned to the ground tomorrow, and you lost everything, would you be able to float the costs until you resolved the inevitable insurance nightmare?

As I read through DDD’s first hand account and the personal finance community’s amazing response, I also picked up a few other tips. I’ll admit, I’d receive a flunking grade on most of these, so I thought it’d be important to share them here.

A checkbook, a spare credit card, a few changes of clothes, and a computer backup are the things DDD most regrets leaving.

If you’re especially sentimental, consider putting your irreplaceables, like pictures or photo albums, in a bin near an exit or garage, in case you have to evacuate via car.

2) A fireproof safe is a good idea

…But make sure it’s in a place easy to reach in case of emergency. DDD forgot his, and learned that most fireproof safe’s aren’t all that fireproof. He’s now dealing with the hassle of recovering his important documents, like birth certificates, passports, and car titles.

For maximum document safety, consider a safe deposit box at a local bank.

3) Know how to manually open your garage door

In reading his account, I realized I have no clue how to do this.

In case of emergency, I’d probably wreck my car trying to ram it through the garage door, which would be bad for everybody.

4) Have supplies on hand

Of course, evacuation is just one emergency possibility. You may also have to hunker down, in which case it’s important to have a supply of water, nonperishable food, first aid, medication, and maybe even a generator on hand. We don’t need this turning into an episode of The Walking Dead now…

5) Periodically film a video walk-through of your house

This can act as proof of ownership for the insurance company. On that note, occasionally look over your insurance policy to remind yourself what’s covered and what’s not.

Conclusion – It could happen to you. Be prepared.

Lately, between back to back category 5 hurricanes, flooding, wildfires, and earthquakes in places that have never had earthquakes, it’s like we’re living out The Day After Tomorrow. With all the craziness, it’s never been more important to make sure you’re prepared.

This post is a series within the personal finance community intended to spread the word about disaster preparedness. Check out the other awesome blogs and posts involved: