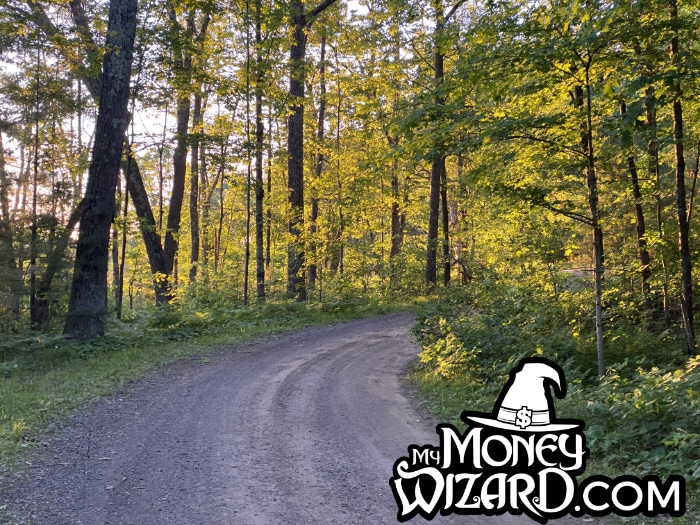 As you probably know by now, every month I track my updated Net Worth, so that I can hopefully leave my office job in the next few years. I’m currently 32 with a goal of a million bucks within the next three years, so let’s see the progress!

First things first… I apologize for being M.I.A.

As many, many readers have point out to me… It appears that I quit on this blog as soon as the stock market’s first bump in the road came along.

I can promise you that’s not the case, although I can definitely see why it’d look that way from the outside.

The truth is that there’s just been lots going on around the Money Wizard house, which has made keeping up with the blog somewhat difficult.

Summer in Minnesota is when everyone comes out of their abusive relationship with the weather. Hibernation ends, the good times start rolling, and everyone is busy living life.

Off the top of my head, stuff going on since the last update:

I’m probably forgetting a ton more, but you get the idea.

Unfortunately, all this action also coincides with a bit of a market downturn, which makes ole Money Wizard look like he’s been doing some Winter Hibernation in the Summer.

Speaking of which, let’s take a look. 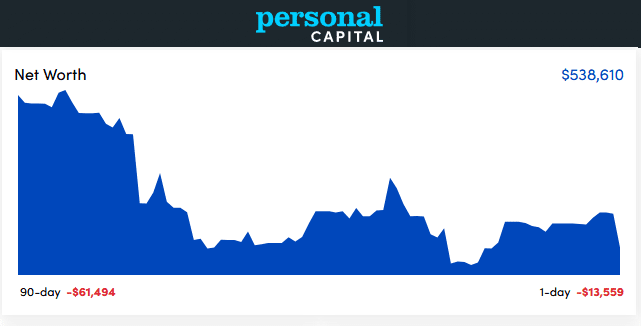 (The above screenshot was taken in the first week of July.)

(These details were also pulled the first week of July)

All in all, some serious bathing of blood in the portfolio. All this was spurred on by some legendary craziness going on in the markets.

(I have my concerns that the inflation calculations are too complicated for their own good. I suspect that any number of different approaches to the official calculation would be far higher, and I suspect anyone who’s been to the grocery store lately would agree.)

In response to this madness, the Fed reversed course. In May, they said a 0.75% increase in interest rates wouldn’t be considered, but then a month later they went ahead and raised interest rates by 0.75%, haha.

(We can only assume they saw those 8.6% inflation numbers and panicked. Either that or they actually went to the grocery store.)

In either case, like we discussed in previous updates, the Fed raising interest rates is their primary tool to combat inflation, due to some economic theory that’s too boring and detailed for me to want to type out and for you to want to read. The only catch is that raising interest rates also has the effect of crushing asset prices, especially “risky” assets like the stock market.

For those who are counting, that’s a 4.9% drop in a month. (Personally, I find it more comforting to look at downward portfolio changes in percentage terms, since it usually doesn’t look as devastating, and it’s a reminder that these changes are just part of the ebb and flow of compound growth.)

Question for the readers… Do people read/care about these details?

My accounts are mostly on autopilot, so there hasn’t been significant news to most of them in over a year.

Since the numbers are already in the table up above, I think it’d make sense to change this section to a “My Current Strategy” section. Let me know your thoughts!

Economic downturns are when the real riches are made.

It sucks to see my portfolio down so much, but it’s pretty comforting to know that the $3,000 of automatic investments each month is now buying the exact same stocks, just at a 15% discount.

I’m continuing to add to the amount of wealth I own, as measured by total assets (aka, shares of stock) rather than the dollar value. When the market recovers, (not if) that larger number of shares will be worth far more than what I could have purchased if the never-ending rally continued.

I’m building my base.

So, no changes to the current strategy.

That said, I have had “buy $10,000 of I-Bonds” on my to-do list for an embarrassingly long amount of time, so I should probably get around to making that happen. They’re currently yielding around 10% and should help protect against inflation. 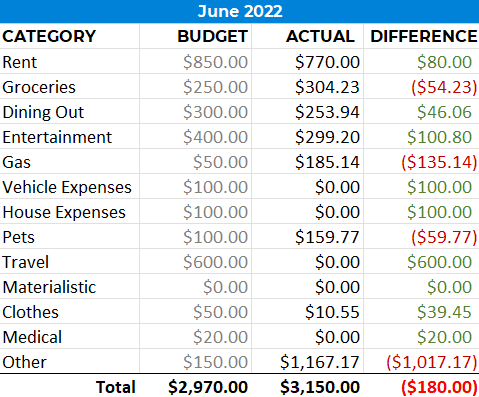 A lot of that stuff I listed at the top costs moolah, the more significant ones being the cabin trips with family, beer fests, and other such shenanigans.

A little scare with The Money Pup. We thought we found a tumor while he was getting his regular belly rubs, but thankfully it was just a false alarm.

Bought myself a new $1,000 Trek road bike, which surprisingly is about as cheap as a new road bike comes. I’m already having a blast riding it all around town for getting some summer exercise.

It fits in the back of my hatchback, but I also might grab a bike rack soon, so Lady Money Wizard and I can really expand the bike-able radius!

Thanks for sticking with me all these years.

With how busy life is getting, I can’t promise that I’ll be as timely and consistent as I’ve always been, but I do promise that I won’t give up on the blog any time soon.

PS – Want to track your net worth like this? Personal Capital’s free net worth tracker is my favorite tool to do so. The free software is truly awesome, so just check it out already!