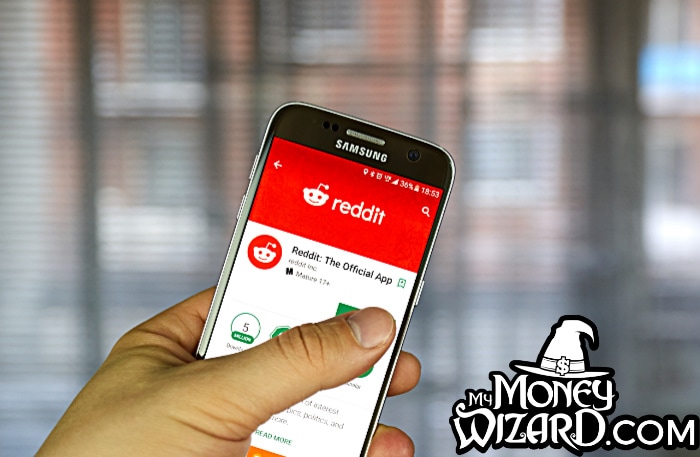 At this point, regular readers have probably noticed that the Money Wizard blog has been eerily quiet these past few weeks.

In part, that’s because I’ve been busy getting my life together as we start the new year, both in my career and on a personal level. (Those resolutions are no joke!)

But more so, it’s hard to publish a regularly scheduled post when a bunch of random message board users are blowing up the stock market, right in front of your eyes.

For anyone who’s paid attention to the financial headlines lately, I’m talking about that better than reality-TV soap opera currently playing out on Wall Street.

Well, the cliff note version is this:

Our saga starts where all epic odysseys begin… on the Reddit message boards.

r/WallStreetBets, to be specific.

Until this point, I knew r/wallstreetbets as that place where hopeless day traders bragged about their casino-like winnings while foolishly gambling in the stock market. And much more often, their life shattering losses, like this dude who brags about losing $217,000 in a year. (A common occurrence on these message boards, surprisingly.)

But earlier this month, something interesting happened. A wallstreetbets user posted a surprisingly solid technical analysis of a potential stock trade.

In fact, Melvin was so aggressively short that they had actually borrowed money to get even more short than humanly possible. Melvin’s total short position was 140% of all outstanding Gamestop stock.

Yes, you read that right. Of the roughly 70 million Gamestop shares available for trading in the stock market, Melvin Capital was so confident that the stock price would go down that, in a basic sense, they were responsible for selling 98 million of them to whoever would buy them, at any price.

Enter a mass pilling on of Gamestop stock purchases from the ~4.5 million wallstreetbets users.

Since the stock market is, as the name implies, a market, any demand for any stock pushes its price up. When a company like Melvin Capital is “short” every single available share and then some, they’re basically saying they will sell Gamestop stock at any price, no matter what.

Since Melvin has created a situation where there’s almost no shares available to trade, any demand only increases the price of stock that much faster.

(Imagine how fast a TV would increase in price if there were only a handful of TVs for sale and 4.5 million people wanting to buy them!)

The rest is history. With an amount of money that usually wouldn’t make the stock market blink, wallstreetbets and their users, mostly armed with hoodies and robinhood apps on their iPhones, sent the price of Gamestop spiraling to outer space. 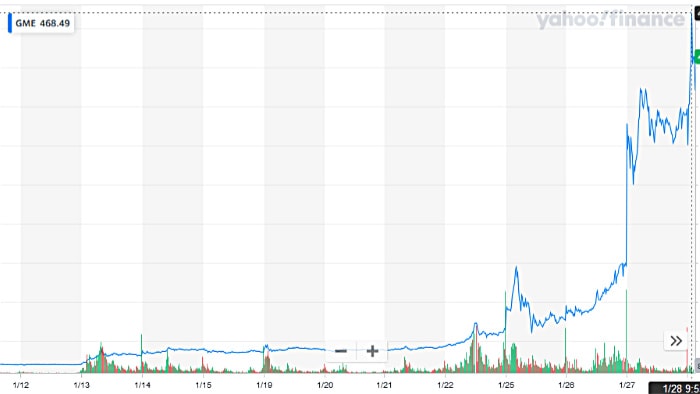 Facing bankruptcy, the insanity ended with Melvin Capital getting a $3 billion psuedo-bailout from their venture capital friends and then promptly closing out their short position in Gamestop.

And here’s where things get even crazier.

Along the way, certain investing platforms (cough… Robinhood… cough…) actually froze all trades in and out of Gamestop stock. And even crazier, there’s some reports of Robinhood actually selling people’s Gamestop stock for them, without their permission.

Just minutes later, the price of Gamestop plummeted from over $500 to around $100, both through forced selling and as any remaining wallstreetbet traders realized the game was up and it was time to sell.

Time will tell how that move holds up in court…

To be honest, I’ve gotta hand it to those crazy redditors.

Look, I’m not at all a fan of treating the stock market as a casino.

But underlying the whole sentiment of the wallstreetbets “short squeeze” on Melvin Capital is a Occupy Wall Street-style revolution against the system. Many redditors joined the trade not even because they hoped to get rich, but solely to punish Melvin Capital for making such an irresponsible short trade. 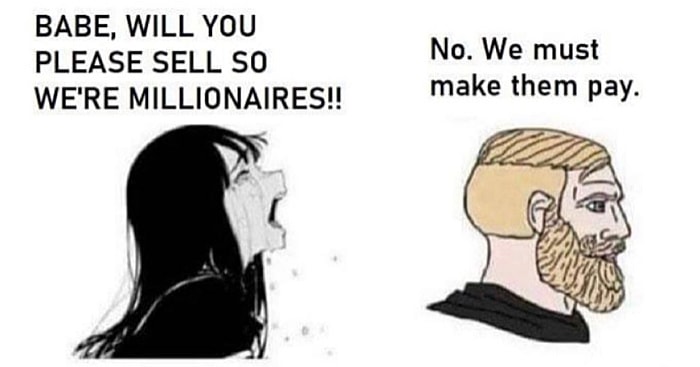 And the amazing part? It worked.

Melvin Capital nearly went bankrupt, and the world is now reconsidering what on earth to do with the stock market, overly leveraged investment firms, and over enthusiastic wallstreetbets users.

If the goal is to spark change, that’s sure a whole lot more effective than pitching a tent in New York City.

But isn’t that insider trading?

Not really. As brilliant investor Chamath Palihapitiya explains on this brutal CNBC interview, Wall Street managers do the same thing all the time. They just call them “idea dinners” and they’re hosted at private residences, but the result is the same – a group of powerful investors agrees on which stocks to throw their money into, in hopes of pushing the price up and making money.

(CNBC still hasn’t published the full interview, unfortunately. Chamath just went off, and it was gold…)

They do this behind closed doors. How is r/wallstreetbets doing the same thing in an open forum any worse?

Will this lead to regulatory change?

Regulators will argue that stock market regulations exist not only to stem off fraud and cheating, but also to protect greedy traders from themselves. And they’ve got a point… can you imagine getting into Gamestop at $500 per share and seeing the price cascade to less than $100 per share in a matter of minutes?

On the other side, wallstreetbetters are already searching through Robinhood’s terms of service (and other stock market exchanges that halted or actually sold users’ Gamestop shares) for any class action lawsuit waivers, in preparation for legal war.

Cough it up! Did The Money Wizard make a big Wall Street Bet on Gamestop?

Haha, no… definitely not.

Call me old school, but I remember the days of the 2008 crash and how brutal it is when quick trades and euphoria, completely removed from any underlying business fundamentals, comes crashing to a halt.

And I’ve read enough books about the 2001 dot-com crash, when investors lost 70-80% of their wealth after piling into a stock because, “Well, my neighbor just made a fortune in this one, and I don’t want to miss out!”

Those games rarely end well for those involved.

But they sure are fun to watch from the sidelines!