According to two of the planet’s most brilliant minds – Elon Musk, aka the real life Iron Man, and Neil deGrasse Tyson, a genius astrophysicist and NASA award winner – we’re all living in a simulation.

In other words, everything we see, feel, and experience in this wonderful world around us may all be nothing more than high tech computer code mixed with stunning graphics.

Yeah, I’m not quite sure I buy it either…

That said, the older I get, and the higher my net worth grows, the more I’m convinced of a somewhat similar concept: Money is nothing more than a real life video game.

And not just any game, either. “Money” might as well be the most complex Role Playing Game (RPG) ever developed.

Think about it. We each control a main character (ourselves) who we pilot through a timeline. We make decisions, build skills, and choose battles. As we progress through those pivotal moments, our character is either rewarded with income or penalized by the harsh reality of the system.

Make no mistake, the game of money is filled with levels to beat and bosses to conquer.

But here’s the part that gets me so excited. By design, the structure of any game means that its prone to a step by step strategy that if followed, can progress beginners into experts.

So, what are the levels of the money game? How do I plan on beating them? And how can you too?

Level 1 – Building an Earnings Base

Level 1 begins how all games start. You choose a path, which sets the course for the rest of the journey.

In the game of money, this most often relates to choosing a career field.

MBA graduates and CPA holders call this part of the game “building an earnings floor.” With enough credentials behind their names, they all but ensure a specific salary for the rest of their working life.

In a way, I did something similar. By graduating with a degree in Finance and a second degree in Economics for good measure, I’ve essentially “floored” my earnings at entry level finance work. Given that entry level bankers earn about $50K a year, it’s extremely unlikely my salary would ever drop below this, barring a complete implosion of the financial system. (Which, frighteningly, seems less impossible by the day. Just more reason to keep leveling up!)

Of course, a high paying major isn’t the only way to move on. Even a lower paying degree mixed with a lot of passion can be enough to give you the edge needed to beat this level.

Other game players go a different route entirely – choosing to go to trade school or learning an intangible skill, like sales.

In either case, the goal is always the same – taking care of your base, and then eventually, using that base to springboard into more and more income.

Level 2 – Expanding the base

This is the part of the game when you’re grinding.

In video gaming, grinding is performing repetitive tasks, usually for gameplay advantage… The general use of grinding is for “experience points”, or to improve a character’s level.”

Those first few years at your career, when you’re:

The goal here, if you’re serious about beating the money game, is build on that earnings foundation you created for yourself in the last level.

You want to get promoted quickly, and over time, max out your career-related earnings potential.

Personally, I did this by grinding for years. After over half a decade working for the same company, I built my earnings from a base level of $50K all the way up to nearly 6 figures.

Of course, that’s just one route. Other workers attack this level by jumping from job to job. An article published for Forbes showed that the average person switching jobs received a 20% raise. Do this a few times, and you’ve fast tracked your earnings potential. 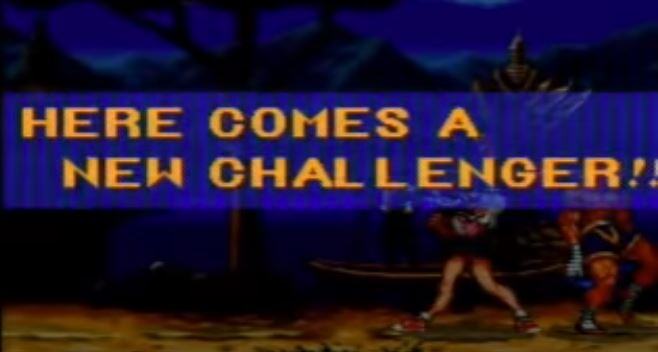 At this point in the game, most players are sidetracked when a new challenger approaches.

This new challenger presents itself in the form of temptation. Temptation is different for everyone, but mostly commonly this character presents itself as the latest high tech TV, the new car, or that stretched mortgage payment.

In this mini boss battle, you can either defeat the challenger or give in to the temptation.

If you give in, your money will get stuck somewhere between level 2 and 3. It will soon spend all of its time battling these challengers. And like a wave of bad guys, these challengers will just keep coming as the world presents infinite possibilities of things to buy.

But if you avoid the temptation, you’ll free your money to move on and continue beating the game.

After the first run in with temptation, the game players tend to fork in two directions.

Unfortunately, a huge group of players choose the wrong career field, have trouble advancing, and then lock in their situation by giving into the temptation. Before they know it, they’re working a low paying job with a slightly-too-large mortgage and car payment.

Make no mistake, this is a brutal scenario, and breaking the vicious cycle becomes harder and harder over time.

And yet, another equally large group scores the high paying salary. But despite their resources, they still can’t get past the next level. Instead, that new challenge of temptation simply scales itself up to meet the income level of the higher earner.

What’s interesting is that both groups are actually suffering from the same ailment. Without first mastering personal finance, they’ll forever struggle to continue in the game.

In other words, if the money game were Guitar Hero 3, the dreaded “Mastering Personal Finance” level might as well be “Through The Fire and Flames.”

Simply put, this level stops 90% of the population in their tracks.

Most see the challenge and throw in the towel here.

They submit to a 5% savings rate, wonder why the cannot get ahead, and slowly lose faith. They resign themselves to a lifetime of money-related stress or otherwise soul crushing work.

Which is such a shame! Because the Personal Finance Challenge is the level that…

a) We actually have the most control over. And…

b) has the biggest potential for serious impact.

Because once we decrypt the code of personal finance, it’s like knowing another language. We’re able to hear and understand things that were otherwise foreign to us. Namely, we can increase our savings, invest those savings, and ultimately, unlock passive income.

Doing this is like hitting the turbo button on your finances. You’ve now got a second player on your team – your investment income.

And that player works around the clock – whether you’re eating, sleeping, or snoozing – to make you more money.

(Pssst – I know a website, that you’re on right now, dedicated entirely to helping you master your personal finances. Check out the My Money Wizard Archives if you haven’t already!)

In Level 4, we begin to leverage our time.

We’ve grown our career income to a comfortable level. Even better, we’ve learned enough about personal finance that we’ve actually started increasing that savings rate. And best of all, we’re now intelligently investing those savings!

Now it’s time to add fuel to the fire.

In my not-so-subtle analogy, our fuel is money.

But how do we get more money?

Well, we can double down on our career. This has a few glaring problems though:

The answer then, is obvious. We have to build a second income stream.

By devoting some of the mental energy our colleagues are devoting to chasing a promotion, we can ease off the gas pedal a little bit. Between this and using your time a little more efficiently, it’s entirely possible to unlock your $100,000 side hustle.

I’ve begun to see this impact first hand, and it’s amazing. By using my mental energy to pen articles about things that interest me, this blog has started making a surprising amount of money.

As a hypothetical example of how powerful multiplying your earnings can be, imagine you build a modest side hustle up to $1,000 a month. Using the 4% rule, that’s equivalent to adding $300,000 to your investment portfolio.

By now, we’ve got everything moving in the same direction towards our ultimate goal – financial independence.

We can beat the final level of the game in two ways. We can either use:

1) The asset based approach:

This is the most commonly cited approach to Financial Independence within the early retirement community.

Again, we’ll reference the 4% rule, which gives us the rough rule of thumb for our target number. Long story short, once we grow our savings to around 25 times our annual spending, it’s likely we’ll never have to work again.

2) The cash flow approach (aka the early ripcord):

This one is a little more risky, but could be ideal for a specific person.

Instead of focusing on the total savings, you instead decide to pay more attention to your monthly cash flows.

With this approach, you’re not so much reaching financial independence in the traditional sense, as much as you’re leaving one career for another that you find more fulfilling.

In either case, the result is again the same. You’re using money as a tool to beat the game. Go you!

Bonus Round – Swinging for the fences.

Remember when you beat that video game, and as a reward for your efforts, the game let you replay it using a newly unlocked cheat code?

Maybe it was a better weapon or a special level where the earlier rules didn’t apply.

This “easy mode” always made for a fun and entertaining victory lap.

Some people reach their Financial Independence number and decide to sit on a beach sipping pina coladas until the end of time.

But what if we saved the best for last?

What if we used our position of financial freedom, complete with unlimited free time and a big monetary safety net, to double down on an entrepreneurial dream?

Wouldn’t it be fun to see how far that “easy mode” could take us in the game of money?