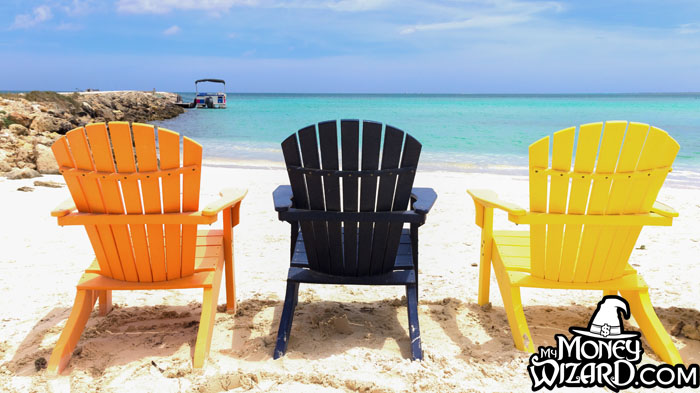 On this blog, retiring by age 35 is a not-so-secret goal of mine.

But in the real world, I tend to keep that secret much more closely guarded.

That’s because most people are conditioned to believe in a 40 year working career, followed by just a few short years of enjoying life before they kick the bucket. If you dare try to live life on your own terms, these people will do their best to convince you you’re insane.

Thankfully, in chasing my goal, I enjoy the benefit of a few early retirement trailblazers before me. These guys and gals are key in convincing myself that I’m not completely crazy for trying to break the mold.

What’s fascinating though? In my years of reading up on their stories (and even having the privilege of meeting some in person!) I’ve noticed clear patterns to their strategies.

More specifically, I’ve noticed the type of person who successfully cuts their working career in half usually falls into three different categories. 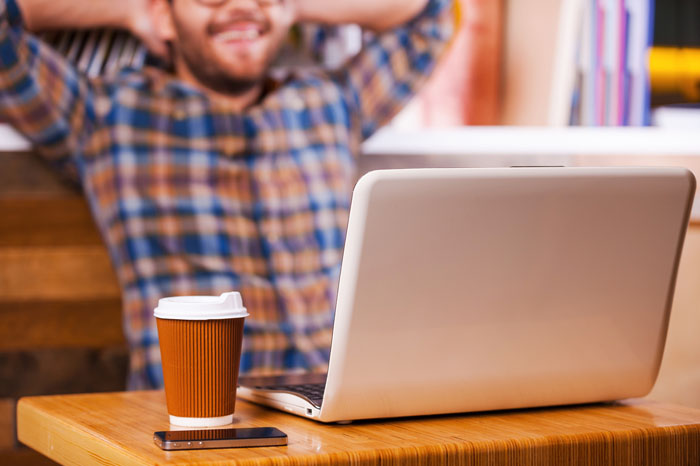 Personally, I find the Frugal Index Fund Investor the most inspiring. That’s because typically, this early retiree worked an average job and blazed their path to freedom through brute savings and disciplined investing… two actions repeatable by pretty much anyone.

The Frugal Index Fund Investor is all about maximizing their savings rate in any way possible. Usually, this is achieved by focusing with a laser like intensity on the big 3 expenses.

That’s because they understand the following chart so well, you’ll wonder whether they’ve got it tattooed on the back of their hand:

How to spot them:

Because The Frugal Index Fund Investor’s wealth is almost entirely hidden in the stock market, they can be nearly impossible to spot. (At least until they announce their shocking retirement… 15 years earlier than the manager who hired them!)

Don’t be surprised if this person is secretly your neighbor, living in a modest house and driving an unassuming old beater!

Nonetheless, The Frugal Index Fund Investor stays motivated by the unmatched security of their top secret collection of index funds. Often, that silent collection totals hundreds of thousands, maybe even millions of dollars.

Coworkers won’t be able to put their finger on it, but they will notice this person has an unusually carefree attitude towards office politics. Even stranger, this person stays conspicuously silent during any of the office gossip about car payments, mortgage balances, and other day to day money problems plaguing their peers.

Likewise, friends and family might be confused by The Frugal Index Fund Investor’s seemingly random (but actually long-thought out) splurges, and general lack of any money related stress.

How they retire early:

The result is that they usually save well over 50% of their income. After 10-15 years of compound interest, they’re approaching millionaire status. (If not multi-millionaire.)

Then, the Frugal Index Fund Investor confidently pulls the plug on the working grind. That’s because they understand the 4% rule inside and out, probably have an even better understanding of the tax laws than your accountant, and use both to optimize their retirement income and spending with a level of precision that would make a NASA Engineer proud. (Which makes sense, because for whatever reason, this person is almost always an engineer. Or some other highly analytical career path…)

For the next 50 years, the Frugal Index Fund Investor lives a carefree life off the interest of their investments. It’s a notable paycut, but they don’t care – they never got close to spending their full salary anyway!

At some point in that 5 decade time frame, The Frugal Index Fund Investor gets bored, takes up a hobby, and accidentally starts earning a side-income. Before they know it, they realize one of life’s great ironies. After a lifetime of optimizing their finances in every way possible, they’re now swimming in more money than they know what to do with.

Definitely the most famous example of The Frugal Index Fund investor is Mr. Money Mustache, who I profiled in this blog’s first Financial Freedom Spotlight. He worked a software engineering job for less than a decade, and then retired at age 30.

Then there’s Jacob Fisker, the guy who literally wrote the book on retiring early. He was an astrophysicist who lived off $7,000 a year. He retired after working for just 5 years. 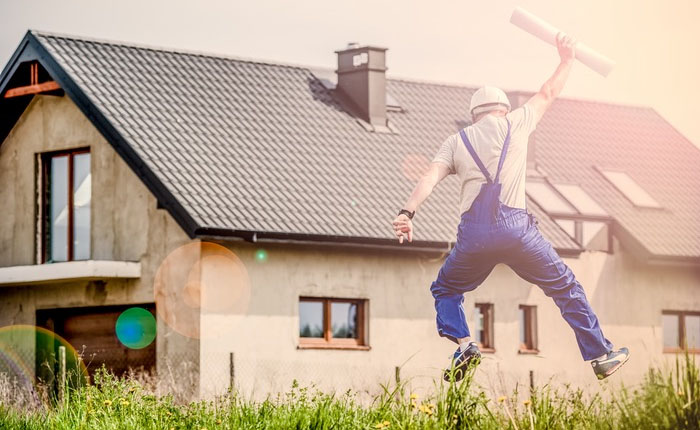 When it comes to retiring early, The House Hacking Real Estate guy has a pretty big advantage – he lives for free!

Rather than taking the most common path to real estate, the House Hacking Real Estate guy ignores all the traditional advice about a “starter home.”

That’s because their first home has nothing to do with white picket fences, three extra bedrooms, or over-sized mortgages. Instead, they buy a first home which allows them to “House Hack.” This means purchasing a town-home, duplex, or triplex, and then finding a tenant or two to help out with the mortgage.

And by help out, I mean that thanks to the minor inconvenience of sharing walls with their tenants, The House Hacker now receives enough monthly income to completely cover their cost of housing. So long, expenses!

Intoxicated by their first-hand experience with the power of real estate, The House Hacker begins looking for the next property. And they begin their transformation into “The Real Estate Guy.”

(Of course, since they’ve completely slashed their living costs, it doesn’t take long before they’ve saved up their next down payment!)

How to spot them:

The House Hacking Real Estate Guy is pretty easy to spot. They’ve almost always got a roommate or two, they’re constantly scouring Zillow and Redfin for potential deals, and if you hold a lengthy conversation with them, your head may start spinning as they casually mention their ownership in property after property scattered across the area.

If they’ve since moved out from their original roommate setup, usually you can still spot The House Hacker by their handiness. Often, The House Hacker owns a minor fleet of construction tools, is happy to offer advice on your own home ownership concerns, and for some reason, always seems to have a house project or three they’re working on.

How they retire early:

In a few years, they’ve gone from make-shift landlord to the tycoon of their own mini-real estate empire.

Eventually, the cash flow they receive from their numerous properties is enough to completely replace their salary. Then, they walk away from their usual career in favor of answering tenant phone calls once or twice a month and, more importantly, collecting rent checks.

Maybe my favorite example of the House Hacking Real Estate Guy isn’t a guy at all! Paula Pant over at AffordAnything.com bought a triplex near Altlanta, lived in one unit, and then rented out the other two to cover her mortgage. Today, she’s a 34-year-old full-time blogger/podcaster who owns 8 homes.

Then there’s Scott Trench. He wrote a fantastic book called Set for Life. In it, he advocates House Hacking as the main strategy to quit your job as fast as possible. Today, he’s the CEO of BiggerPockets.com, probably the biggest online real estate community.

And for somebody who’s in the process of crushing it with House Hacking, there’s my friend Drew from GuyonFire.us. He used a mixture of house hacking and his four rental properties to put me to shame; he’s grown his net worth by $500,000 in the past four years. 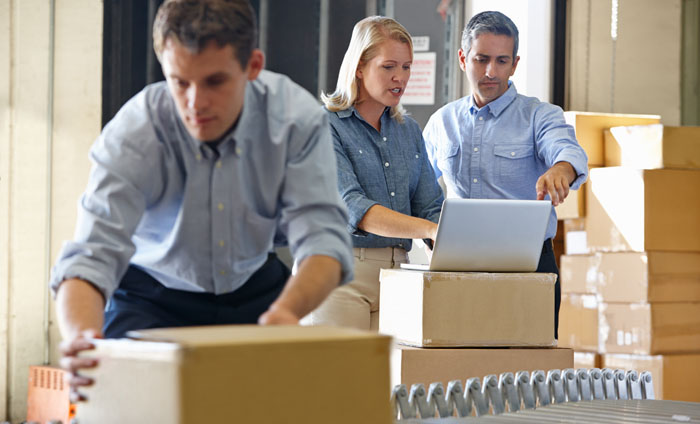 The Hustling Entrepreneur follows the oldest path to early retirement in the book. Interestingly, it’s also the most powerful.

For every Bill Gates who drops out of college to become the richest man in the world, there’s another entrepreneur that’s a little more relatable for the rest of us. And that’s The Hustling Entrepreneur.

The Hustling Entrepreneur lives by another two words: Sweat. Equity.

Sometimes, their business revolves around an ingenious Shark Tank style solution to an everyday problem.

Other times, the business idea is far more boring, like an employee who realizes they can start using their knowledge to provide consulting or take on additional clients on the side.

In either case, the part that makes all the difference is the same. The Hustling Entrepreneur EXECUTES.

They dedicate nights and weekends to obsessing over their business. As the business grows, so does its valuation, which opens the floodgates to the fastest way to wealth in the world…

How to Spot Them:

It might be hard to spot The Hustling Entrepreneur, simply because they’re usually too busy working on their business to ever be around!

How They Retire Early:

A successful business owner builds themselves a wealth creation machine more powerful than any other. And they give themselves three options for “retirement.”

In the land of the American dream, famous examples of The Hustling Entrepreneur are everywhere.

Jeff Bezos used time away from his job as a finance employee to work on a website that would sell books on the internet.

Or there’s Craig Newmark. He was an IBM employee in the early 1990s, living in San Francisco and struggling to meet people. So, Craig decided to create a List to help him organize meetups. Today, CraigsList.com earns over half a billion dollars a year.

Which Early Retirement Person Are you?

And here’s another interesting thought. How fast could you retire if you borrowed strategies from all three?