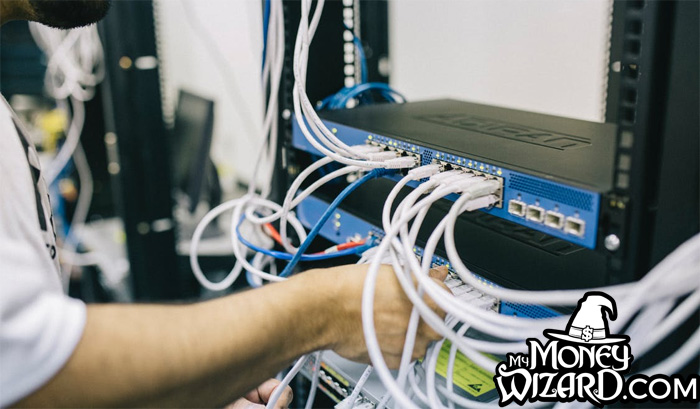 Welcome to The Financial Freedom Spotlight Series – the newest feature on MyMoneyWizard.com!

My uncreative title might have spoiled the surprise, but this series will look at real stories of real people reaching financial independence. Really!

And in the spirit of early retirement, doing it in your 60s doesn’t count!

Instead, we’ll be highlighting people who fast tracked their freedom. We’re talking work totally optional, by age 30 or 40.

There’s a surprisingly large number of people who made this dream a reality. I’ve even met a few!

By sharing their success stories here, hopefully we can all find some practical takeaways to help our own paths to financial freedom.

Our first case study is a guy who’s probably introduced more people to the concepts of early retirement than just about anyone on the planet.

In the world of early retirement bloggers, Mr. Money Mustache is as big as it gets. Of course, this still means nobody in the real world has ever heard of him.

Mr. Money Mustache is the online hipster alter-ego of Pete Adeney, a Canadian immigrant retired near Boulder, Colorado. So far, nothing too unusual.

Pete’s in his 40s. And he’s been retired for over a decade.

The former computer programmer saved up enough money to quit his office job at age 30.

He now spends his days enjoying Colorado, doing whatever the hell he wants, with no consideration for money.

Usually, this is involves hanging out with his wife and nearly teenage son, coming up with DIY-money saving projects around the house, working random construction odd-jobs for fun, and occasionally, updating his blog or organizing meet ups for big groups of early retirement geeks.

Oh, and lots and lots of bicycle riding.

All of this has accidentally landed him more money than he knows what to do with, and he’ll obviously never have to work another day in his life.

I built the above chart based on information available on his blog and media interviews. To make comparisons easier, I’ve adjusted the net worth and combined earnings to 2018 dollars, using the government’s CPI calculator.

The first two questions most people will have over the chart:

*all numbers adjusted for inflation

Mr. Money Mustache attended college as regular old Pete. Wisely, he chose a well-paying degree (Computer Engineering) although in his own words, it was “grueling.”

He graduated debt free, by “working a lot and never owning a car” plus about $15,000 of help between his parents and scholarships.

On the flip side, he started with exactly $0 of net worth.

At age 22, he accepted his first job paying $63,000 a year. Then, he immediately did that thing most new grads do – he bought a sports car with a car loan, went bar hopping constantly, and bought a ton of stuff he didn’t need.

Not surprisingly, his first year didn’t allow for much savings.

On the plus, he managed his housing expenses from the start. For his first two years out of school, he lived with roommates, which meant he only payed $530 a month in rent, plus utilities.

He also worked like a dog, admittedly spending many nights and weekends in the office. Thanks to his insane work ethic and a late 90s tech boom, he was quickly promoted to a salary in the mid $80,000s.

With his newfound income, he saved $22,000 in his second year out of school.

Then, in a fitting move for a career dedicated to saving money as fast as possible, Mr. Money Mustache made a drastic decision…

Some people move cities or even states in search of a better job offer. Pete moved countries!

Attracted by higher salaries and a lower cost of living, Pete immigrated from Canada to Colorado and accepted a job paying $113,000.

Despite the now huge salary, Pete found himself a place with a roommate for ~$600 a month. Thanks to his cheap living situation, he saved up a whopping $55,000 this year.

Around the same time, Pete’s girlfriend graduated college, and she too moved from Canada to Colorado. She found a job earning $65,000, and Pete switched jobs for an $8,000-or so raise.

With their new salaries, Pete admits they were making serious bank. But despite this, the couple resisted the temptation to live like their high earning peers.

They weren’t paupers though. The two took vacations all over the US, Hawaii, Australia, and New Zealand. They hosted big parties at their newly DIY renovated house, and Pete even bought himself a $14,000 motorcycle.

But the couple was frugal where it counts:

Because of this, they each maxed out their 401Ks and wisely opened up Vanguard accounts to shovel extra money into. Occasionally, they made accelerated payments on the house.

They continued to keep their expenses in check while scoring small raises at work. Pete estimates they were increasing their net worth by over $100,000 a year during this time.

They kept at the worker bee lifestyle for a few more years. The savings strategy stayed on an auto-pilot flight of 401K maxing, Vanguard index fund investing, and mortgage reduction. 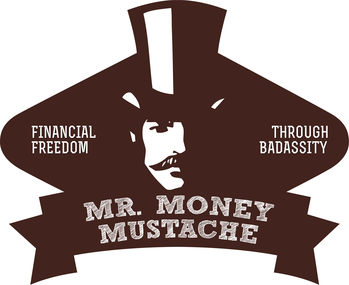 As a baby step towards early retirement, he accepted a 20% cut in pay in exchange for working just 4 days a week.

The experiment must have been worth it. In the next year, Pete took a LEAP towards early retirement.

With he and his wife expecting a baby, he quit his job and started a part-time construction business. His pay dropped all the way to $50,000, although he did receive a nice bonus of extra family time.

He and his wife also downsized to a cheaper house, as crazy as that sounds for a 30-year-old.

They continued to rent out their first house, and they realized something surprising:

(Of course, it’s wasn’t a whole lot to cover. Their frugal lifestyle has them spending no more than $25,000 a year, even today.)

Whoops, their investments are covering 100% of their living expenses. This is financial independence in every sense of the term. With a net worth of about $900,000 in today’s dollars, Mr. Money Mustache realized there’s no reason for him or his wife to ever work again.

Which is a little surprising, for all his talk about year-round bicycle commuting, building houses with your bare hands, and dishing out face punches towards anybody who isn’t frugal enough.

Which is encouraging. It means even if you’re only earning half his income, you could still retire by age 40. Over two decades sooner than standard retirement age.

Here are my main takeaways:

1. A respected degree and a decent paying job are huge bonuses when chasing early retirement.

Even more, busting your hump for those promotions or job changes can payoff huge when racing for savings.

Then again, tons of working professionals earn far more than he ever did. Yet they’re in debt up to their eyeballs, with no light at the end of their rat race tunnel.

Mr. Money Mustache does offer an interesting counter point, which I think is valid:

Averaging out he and his wife’s earnings, their combined salary was equivalent to a couple earning $61,700 each.

If you and your spouse earn about this much… congrats! You should be able to retire in less than 10 years, as long as you keep your spending in check.

3. Having roommates is incredibly powerful.

Housing costs are the biggest expense in the average budget. Mr. Money Mustache slashed this cost from day one, by always having a roommate.

By sharing a place with roomies, he was able to get an incredible start on his savings. There’s no way he’d have been able to save his downpayment so quickly if he wasn’t splitting costs.

If you’re recently graduated, I highly recommend you suck it up and get a roomie. I spent a fortune renting my own apartment out of school, and it’s probably my biggest financial regret.

Mr. Money Mustache was incredibly frugal. He still is. Raising a family of three on $25,000 a year is no small accomplishment, and yet that’s exactly what he’s done for the past two decades.

When you’re paid like an executive and live modestly, there’s really only one direction your savings account can go. And we all know, increased savings = increased freedom.

Even more impressive – his spending habits serves as a sort of role model.

Here’s a guy who had more money than he knew what to do with, and yet like our instagram playboy, will openly vouch that the big spending isn’t all it’s cracked up to be.

5. You don’t have to make brilliant investments. Just stay away from the dumb ones.

You’ll notice there’s no brilliant stock picking in Mr. Money Mustache’s history. Instead, his net worth grew like a weed, all from steady contributions to 401(k) accounts, Vanguard index funds, and mortgage pay down.

6. His rental house did most of the heavy lifting for his initial cash flow.

For all the talk about safe withdrawal rates and The 4 Percent Rule, it was Mr. Money Mustache’s rental income that allowed him to comfortably pull the trigger on an early retirement.

7. His story shows that early retirement is just the start.

Although he hasn’t posted an updated net worth, I’d conservatively guess that since retirement, MMM is a full blown multi-millioniare.

He’s so not worried about running out of money, that he recently donated $100,000.

Oh, and he also bought a Nissan Leaf just for an experiment his blog. And a retail building in his neighborhood, so his blog readers can have a place to hang out, and his wife can house her growing Etsy business.

When you follow your passions, and you’re free to take risks without the worry of a steady paycheck, the money will come.

You can see MMM’s own breakdown of his earning and saving history here.

Money Wizards, what do you think of Mr. Money Mustache’s story?