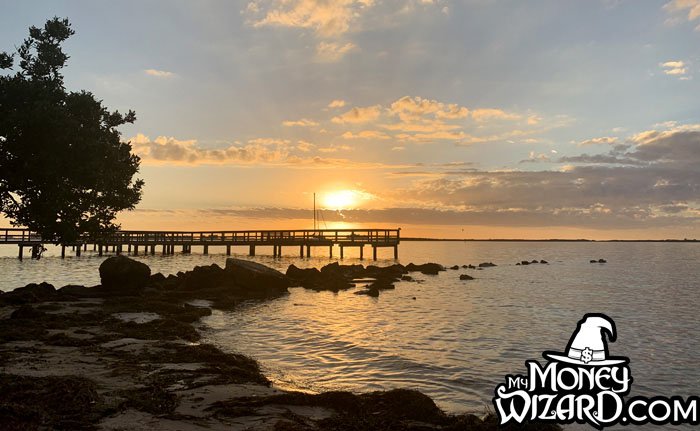 Welcome to the first update of 2019! Doesn’t it feel like a big fresh start?

Maybe so, and maybe not. Because around here, we’re holding the popular format stable. Every month, I’ll share an update on my goal of total financial freedom. For me, that means working and saving towards a roughly $1 million portfolio by age 37.

Weighed down by a Christmas and New Year’s season hangover, I begrudgingly dragged myself back to work at the beginning of January.

Things weren’t so bad though, because lingering in the back of my mind was a soon-to-be trip down to Florida.

A January trip to Florida to visit extended family has become a bit of an annual traditional for Lady Money Wizard and I. We find ourselves some dirt cheap Spirit Airlines tickets (making sure to avoid the ridiculous passenger usage fee) and before we know it, we’re sitting seaside, munching on delicious jumbo shrimp and admiring a beautiful ocean sunset.

I’ve grown to really love beach trips. They’re surprisingly budget friendly (especially when you have the luxury of mooching a free place off somebody you know). But more so, they seem to inspire an appreciation for the simple things.

If you successfully dodge the beachside tourist trap and t-shirt shop, there’s nothing quite like an afternoon spent strolling through the sand, admiring the waves, or reading a good book in a beach chair. 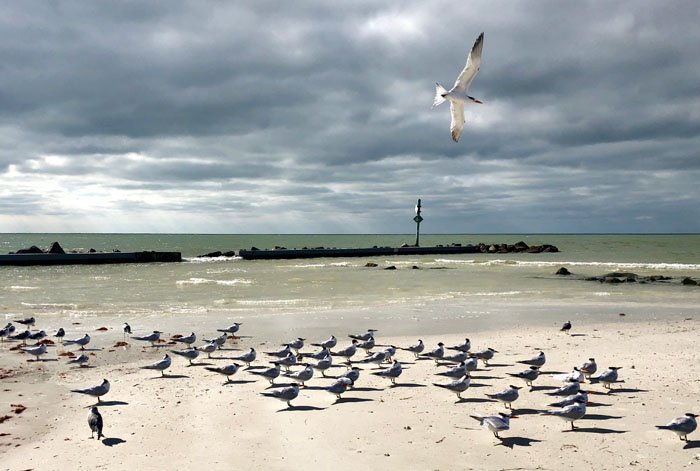 It’s just so peaceful, and I find myself completely relaxed after a couple days. Not to mention, thawed out from Minnesota’s brutally cold winters.

Speaking of which, back in the Twin Cities, I took the opportunity of an unexpected snow storm to get tuned up for my favorite time of year. Ski season!!!

I had a blast reuniting with the snow and my ski gear, and I can’t wait for my two big annual ski trips in February and March of this year. Stay tuned in the coming months for updates from Jackson Hole, Wyoming and Big Sky, Montana!

Oh, and to close out the month, I cashed in a Groupon gift to one of the most unique activities I’ve ever done in my life… a flying trapeze class!

As usual, this was pushed along by a noticeable rally in the stock market. The S&P 500 increased 7.9% over the same time period, one of the largest single month gains in over 30 years. Obviously, these gains dwarfed my own, relatively puny efforts at earning a salary and saving as much of it as I could.

Which brings up an interesting point. The fact these updates are beginning to be so heavily influenced by the movement of the markets is a sign of two things:

While I went to work every day in the month of January to stockpile cash, all those efforts were dwarfed by the years of hardcore grinding and saving that I’ve already done.

Because I had a mass of momentum behind me, and that mass can work a whole lot harder than I can. Seeing how my past effort continues to pay off is crazy motivating, and it inspires me to keep grinding and saving.

After sitting on a large cash pile for a year, I made two big moves in January:

More on both of these in the Roth IRA section.

The last $1,200 is due to paying an unusually large credit card bill for a group ski trip, which my ski buddies will reimburse me for come February and March.

Yes, a FIVE FIGURE swing from the market rally. Just goes to show you how stressing over monthly declines isn’t worth your effort.

Still on my to-do list: a spot-check to see whether my current holdings match my target allocation, which has historically been:

The 401k is back over six figures, thanks in part to the rare and elusive three paycheck month.

I wish every month was a three paycheck month…

No changes to my 401k target, which includes:

That $8,500 finally includes $2,500 worth of 2018 contributions into Vanguard’s REIT index fund. Yes, after dragging my feet for a whole year and failing one of last year’s resolutions, I finally contributed something to my Roth for the 2018 tax year.

Time for a party??

You’re allowed $5,500 of Roth contributions in 2018, and you have until April 2019 to make them. So, I’ll contribute the remaining $3,000 in February. My reasoning being that Vanguard doesn’t charge purchase fees on their mutual funds, so it diversifies my entrance risk a little bit. The only cost to this strategy is an opportunity cost of one month of missed returns. Which could be positive or negative, depending on the market.

This thought of opportunity costs reminded me of how much silent money I lost by waiting a year before making my 2018 Roth contributions, and suddenly I was struck with an epiphany.

With The Fed steadily raising interest rates over the past several quarters, certain savings accounts and money market accounts have begun offering surprisingly appealing rates of return. Usually, capturing those rates involves shopping around for a bank account paying more than a few cents of interest.

But Vanguard has index funds for everything these days, including Money Market funds. VFMXX is one such index fund, and it’s now paying out an attractive 2.32% interest rate.

Even better, using strategies that are way beyond the scope of this net worth update, Vanguard manages its share price to always be $1. This means that unlike a typical index fund, your investment value shouldn’t ever fluctuate. Instead, VFMXX and similar funds act nearly identical to a savings account or money market account.

For all those reasons, I decided to make a move in January and store all $6,000 of 2019 eligible Roth contributions in VFMXX.

Every month for the next six months, I’ll move $1,000 from VFMXX to the higher yielding (and slightly riskier) Vanguard REIT Index Fund. This basically reduces my entrance risk with a dollar cost strategy, while earning 2.32% on cash that otherwise wouldn’t have made a cent.

And if I do need that $6,000 for an unexpected emergency or even the fading rental property dream, I can always hack my Roth IRA.

The big increase is a lie due to timing of when I wrote December’s report.

Apparently, fronting the money for two vacations featuring 11 dudes partaking in one of the world’s most expensive hobbies isn’t cheap. And I’ve got the credit card bill to prove it.

Let’s take a more accurate look at my spending in January: 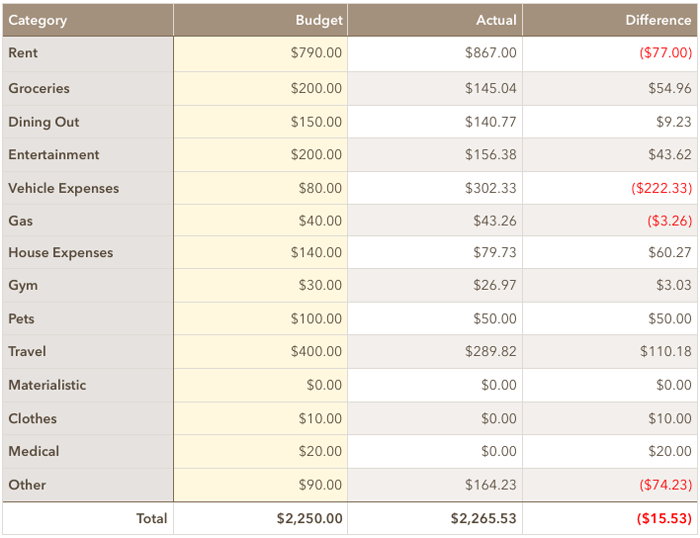 Not bad, a little under budget here.

Hey, I’m a little impressed with myself! I set out to spend less money dining out in 2019, and I don’t think I’ve had a monthly total this low in years.

In the great state of Minnesota, you pay the government $225 a year for the privilege of owning a cheap Mazda 3.

I also paid my usual $77 for monthly car insurance.

The previously mentioned extended weekend to Florida. It turns out, travel’s cheap when you have a free place to stay and borderline-free flights.

My half of a dog sitter for The Money Pup. We found a relatively cheap one on Rover for the Florida trip.

A night at the breweries, a day of local skiing, league fees for my upcoming Spring Softball season, and about $40 of drinks at a charity Gala event I was invited to.

Oh, and how could I forget, the free entertainment of the flying trapeze gift!

At the charity gala, I found myself with my very own auction number for the first time in my life. I gotta tell ya, raising that sign to the fast-paced bellows of a live auctioneer was quite the thrill. Maybe a little too much of a thrill, and I ended up donating a cool $100 to a good cause.

How was your start to the New Year?

A new year is a fresh slate, and a time to forget about the troubles of the past and instead take action on meeting your goals.

PS – For newer readers, if you want to easily track your net worth like I do, monitor your spending, and double check you’re not getting overcharged on fees, I can’t recommend Personal Capital enough.