So the other day I was doing what frugal money bloggers do best (browsing through thrift stores) when I came across a find that I was helpless to resist.

An enormous, oversized edition of LIFE magazine. Naturally, the giant George Washington dollar bill on the front meant this magazine and I would have some shared interests. But more fascinating? 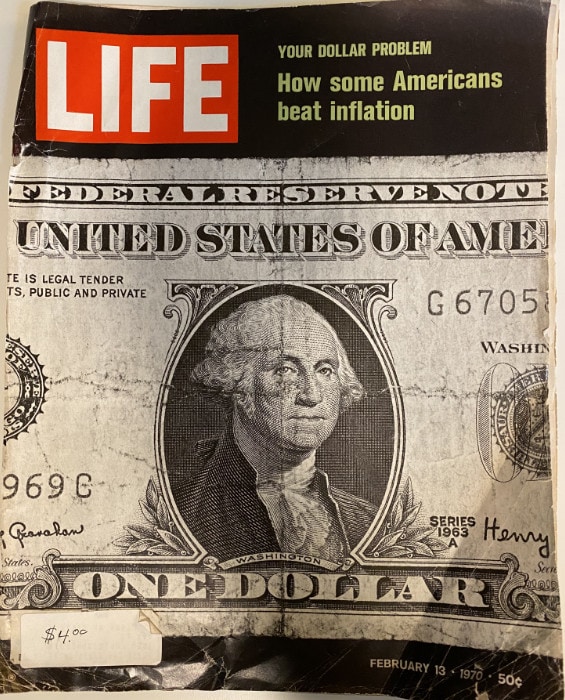 The cover promised a feature titled “How some Americans beat inflation.”

Considering those of us here in the great U.S. of A. are finally starting to see the effects of the Fed printing 20% of all the money ever printed in one single year, (have you looked at home prices, gas prices, or travel prices lately?) it seemed like a little history lesson could be a fascinating glimpse into our future.

They say those who don’t learn history are doomed to repeat it. And the best way to learn about the future is to study the past.

So, The Money Wizard paid a whopping $4 to share a 1970s history lesson about inflation with you.

Opening up the magazine

I knew I was gonna be in for a time traveling treat when I flipped the magazine over and saw a full page spread advertising… cigarettes for your valentine!

Haha, you heard the ad! Only a small fraction of cigarettes are cancer causing death sticks, so go ahead and give your loved one what’s only 10% toxic tar and 90% harmless “gas.”

Kind of like how that nuclear reactor explosion in Chernobyl was just a little bit of fire that needed putting out. Or how humans share 90% of their DNA with cats. What difference does a couple percentage points make, anyway?

So I started flipping through the magazine. After the table of contents, I came to another ad on pg. 3: 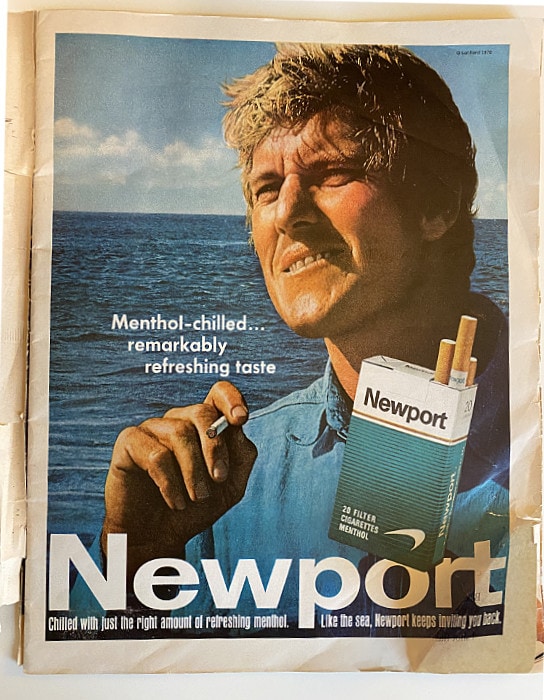 The main story about inflation sits on page 18, so before we get there, we need a friendly reminder that only Zenith has chromacolor:

Along with an ad encouraging fathers to celebrate their kid’s touchdowns by lighting up a cigar in their face:

Plus some Letters to the Editors, which among other things, praised a new president named Nixon as “fresh air blowing across the land.”

How People Fight Inflation, according to LIFE in 1970. 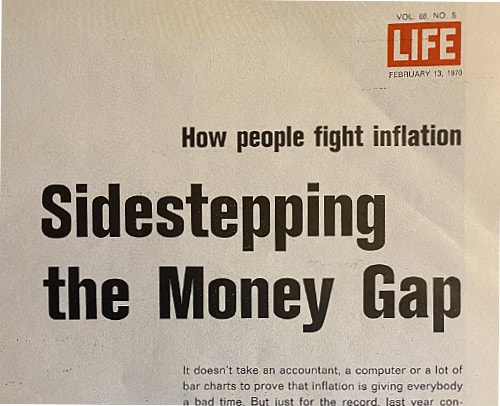 LIFE magazine reports that in the last year, “consumer prices shot up 6.1% – the largest jump since the Korean war.”

This follows the previous year, when inflation was 4.7%.

Apparently, the two years combined to make the biggest inflationary jump since all of the 1960s.

This all hits a little close too home to our current year 2021, when we’re seeing similarly stagnant wages, worthless savings accounts, and the proliferation of the side-hustles / gig economy.

The magazine offers some interesting, if not quirky solutions:

1970s LIFE admits that rare-stamp collecting and French paintings might not be accessible to the average American, so the next few pages include spreads of various money saving tips to help fight inflation:

Among the strategies discussed:

If all this fails, the magazine prescribes a “Money Doctor.” I gather a Money Doctor is the friendly term for a a 1970s version of an un-certified financial planner. (Or “Money Coach” as they’re affectionately called today.)

These Money Doctors shared a case study of their typical client – a stockbroker who got a big promotion to $28,000 a year, started feeling rich, and then promptly blew it all.

Before he knew it, our anti-budget broker had a big empty home in California (he ran out of money to furnish the place) not to mention 10 maxed out credit cards, a few emergency loans, and a consistent budget deficit of $2,000 a month.

How did the Money Docs save our overspending stockbroker?

The article closes with some generic advice for the rest of us, like saving 10% of your income, limiting credit card spending and always paying it off before interest kicks in, and sticking to your list whenever shopping at a store.

And a cigarette ad: 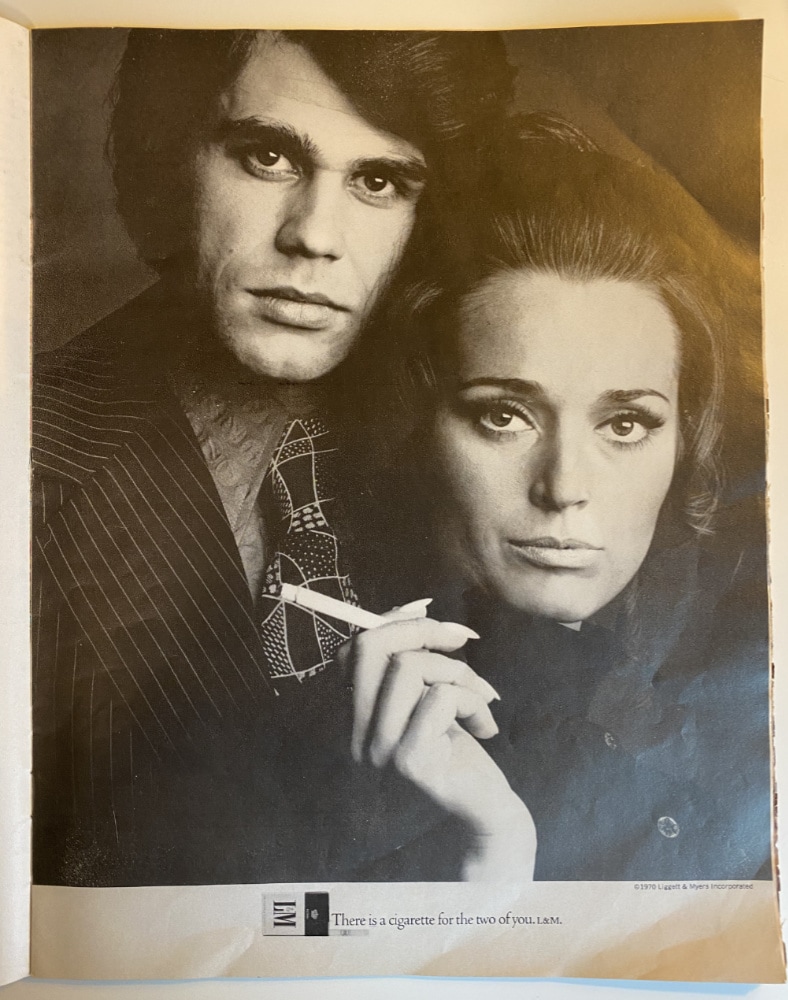 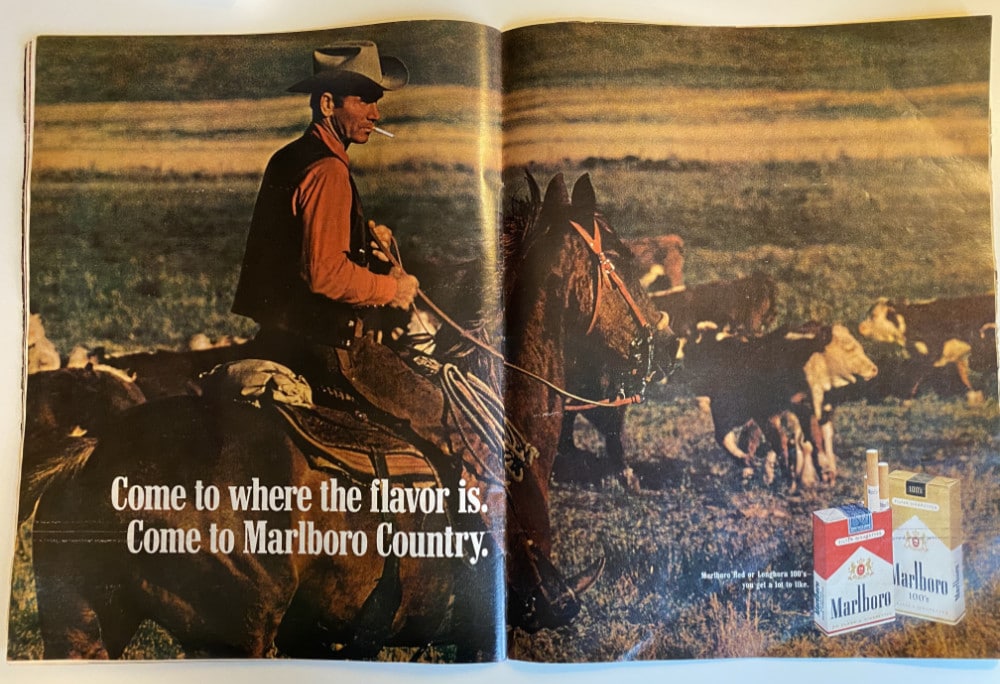 All in all, not exactly what I was expecting.

I was imagining a unique insight on historical investment strategies to combat inflation. Instead, I found traditional money saving tips which, as the article aptly pointed out, don’t exactly fight inflation the way smart investments could, but instead “sidestep” it by avoiding spending money entirely on stuff with inflated prices.

Then again, this is LIFE magazine we’re talking about. Not exactly the most sophisticated investment outlet, as proven by the numerous bizarre ads for drugs, magic weight loss solutions, and sporadic light-on-content articles.

Oh, and for some reason I really want a cigarette…

PS – If you actually want to beat inflation, so far the best strategy I’ve found is to simply buy assets as fast as possible.

PPS – If you enjoy my free blog, share this article on your favorite social media or save yourself with awesome products like Personal Capital or Rakuten using this site’s affiliate links. Thanks for keeping this place alive!