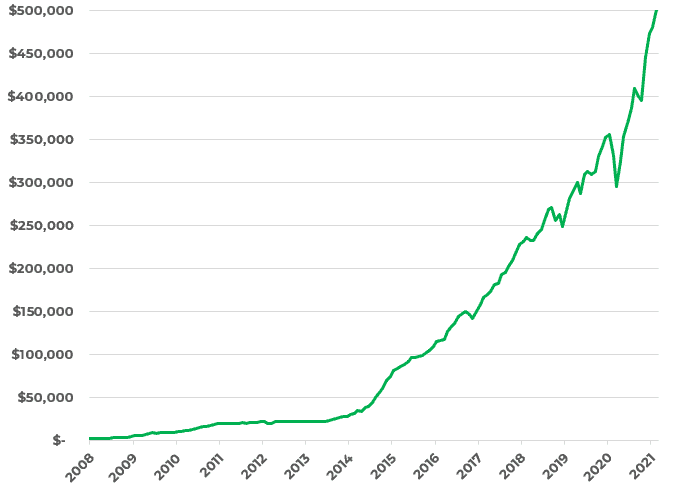 That said, this is one of those accomplishments you only want to celebrate once. So, I thought now would be the perfect time to share all the specific details that so many of you have been asking about.

From my days as a fresh-faced teenager to the grizzled 30-year old typing before you today, (I found my first gray hair the other day, just fyi…) I thought laying everything out in one easy to read article could serve as some inspiration. Or explanation. Or at least distraction…

Whatever your reason for reading, enjoy!

Young Money Wizard learns the value of the dollar…

I bounced around various odd jobs before finding my highest paying job ever – $10 per hour. For a teenager with no money, I felt like I’d won the Powerball.

Only problem? Earning that extra few bucks an hour over minimum wage was as brutal as you’d expect for a 16-year-old with no meaningful life experience to offer the world.

I got paid with sweat equity. Literally.

I’m hired to dig ditches in the absolutely scorching Texas summers. I can still remember dripping with sweat while the 105-degree sun totally baked my plastic hard hat. Day after day…

No matter, I ended the summer with 500 big ones to my name. I was pumped!

I remember the number exactly, because $500 was the minimum amount it took to qualify for a Certificate of Deposit (CD) at the now defunct Wachovia Bank.

At the time, they were offering an incredible 5% guaranteed return for all 12-month CDs. So I locked up my life’s savings into that CD, and I waited…

One year later, that CD matured, and I was absolutely astounded to earn a FREE $25 of interest. For doing nothing except having money!

The idea was intoxicating, and I was officially hooked on investing.

Addicted to the idea of earning free money for having money, I went back to the ditches and dug like a madman. I even got promoted to Forklift operator!

But I knew that if I really wanted to start earning investment returns on that money, I’d have to step outside my comfort zone of risk-free savings accounts.

I needed to get into the stock market.

It took me a few more months to work up the courage to jump into the market. (I wrote about the exact stocks I bought here.) By September 2018, my first investments had oh-so-perfectly timed one of the worst market crashes in history, and I watched my investments get absolutely destroyed. It was a crash course in just how risky the market can be.

Thankfully though, I’d read some good investing books and knew I just needed to wait it out, so I actually deployed even more money shortly after the crash.

Looking back, this was the foundation that helped propel me through the next several years. 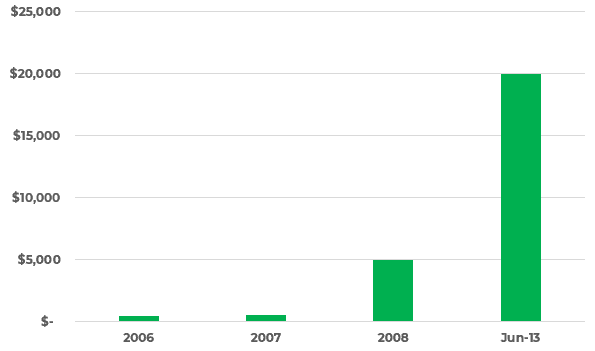 The next five years were a hazy blur of college.

Aside from a few too many brewskis and way too much time devoted to Call of Duty, I also bounced around from major to major.

Purely motivated by money, I originally had dreams of being a doctor or lawyer. But after realizing I was terrible at Science and that law school was a scam, I went for the most direct path to the money I could find: a double major in Finance & Economics. (You can read more about this in my thoughts on the highest and lowest paying college majors.)

Along the way, I picked up a few internships in banking and saved as much money as I could. (It’s worth noting that I was significantly helped along by free tuition from a mixture of academic scholarships and awesome parents, an advantage that isn’t lost on me.)

Those savings, plus a recovery to my Great Recession-era investments, meant I graduated in the Summer of 2013 with just over $20,000 in savings. 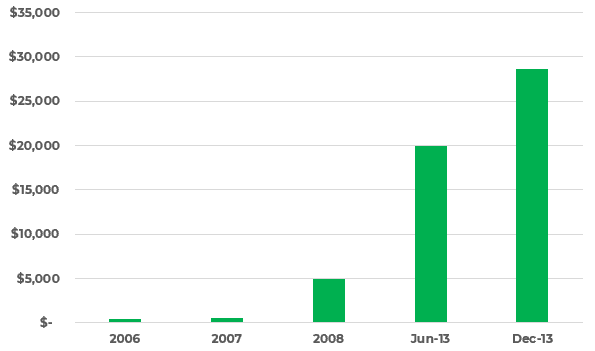 After graduating, I took an entry level job in finance making $50,000 per year.

I packed up everything I owned (it wasn’t much) and moved from Texas to Denver. I looked for the cheapest apartment I could find (which wasn’t easy with Denver’s exploding popularity) but eventually found a super basic place 20 minutes from downtown for about $1,000 per month. Shout out to paper-thin walls!

I started tracking my spending religiously, and learned I could live uber-frugally. I averaged just $2,000 of spending a month, which meant I saved 34% of my take home pay.

This totaled $7,000 of savings after my first 6 months in the working world. I realized my individual stock picks were under-performing a basic strategy of index funds, so I adjusted how I invested my savings. 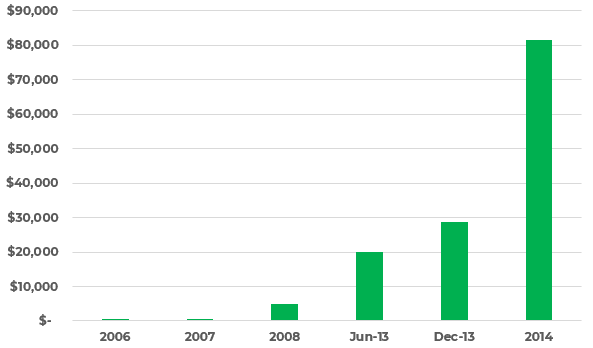 Young Money Wizard is out and about!

I explored Denver as much as a single guy could. I hiked nearly every major trail near the city, learned how to ski, and met some new friends. (Including Lady Money Wizard!)

I did so as frugally as I could, which meant spending about $2,200 per month for a 42% savings rate.

I added over $20,000 to my portfolio this year and started seeing the beginnings of compound interest. 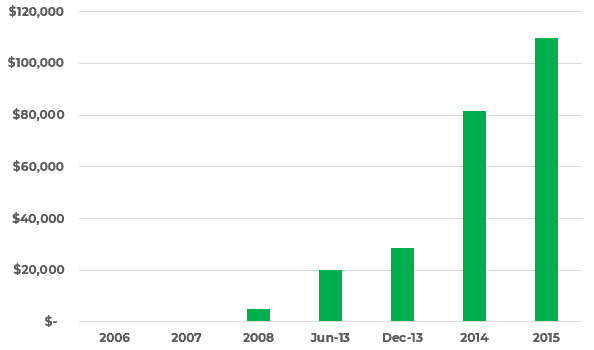 I get promoted to around $60,000 per year. Spending also increases to about $2,500 per month ($30,400 for the year) as Lady Money Wizard and I get to know each other and travel all over the country together.

In September, I pack up everything I own (a little more than before, but still not much) and move in with Lady Money Wizard in Minneapolis.

Two months later, my net worth passes $100,000, and I decide to start a blog about money. I think I’ll call it “My Money Wizard” and wonder if anyone will ever read it… 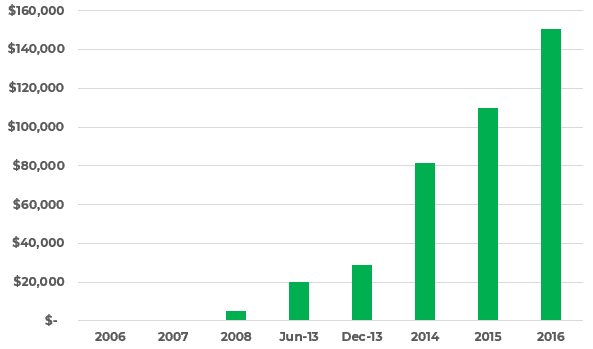 I’m now making around $70,000 a year and saving a bunch on rent compared to Denver. Plus, now that I’m a bonafide money blogger, I feel the need to really keep my finances in check.

Not coincidentally, I think this is also the first year I maxed out my 401(k), which definitely starts to supercharge the savings thanks to those sweet, sweet tax advantages. 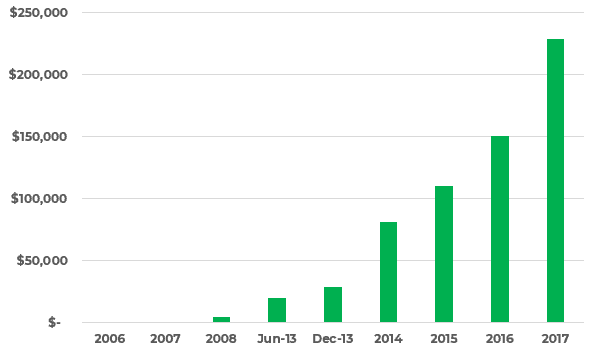 A great year where I added nearly $80,000 to my net worth, but for whatever reason I can’t find my exact records of my savings/spending this year, and I’m too lazy to keep looking.

I do remember two unforgettable events this year: 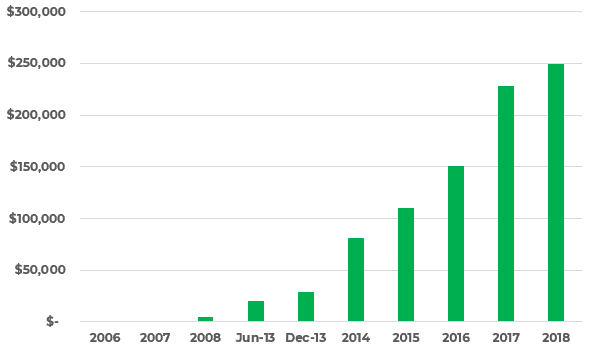 In any case, I still managed to save 52% of my income this year.

Interestingly, I actually passed a quarter-million in net worth this year, then passed it again (in the wrong direction) after the market fell 10% at the end of the year. 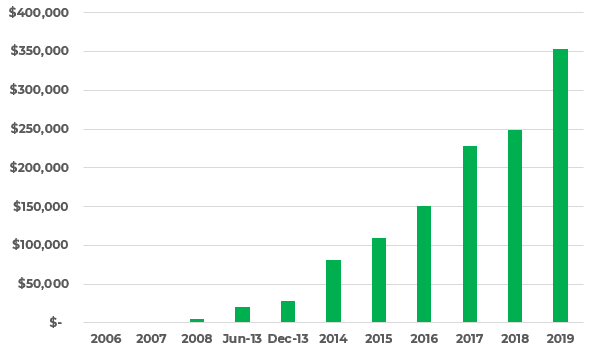 I spend just $29,780 all year and add another $40,622 to the portfolio. (58% savings rate) But my net worth actually increases an astounding $103,999 thanks to compound interest and a banner year for the stock market. 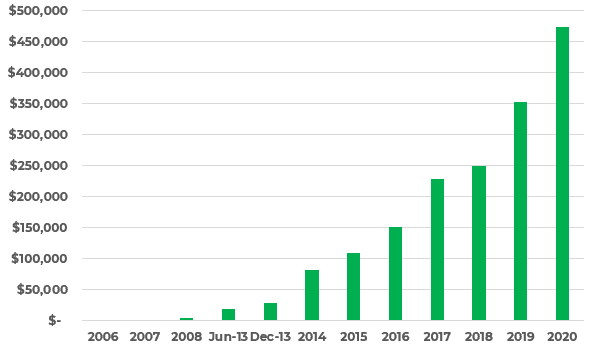 The pandemic brings a 30% stock market crash, but by the end of the year the market’s recovered for a 13% gain… somehow.

I’m fortunate to keep my job and things really start getting ridiculous now – I spend just $30,841 of my $105,000 salary. But more interesting? The portfolio is so big that it outperforms my best efforts… the stock market adds $62,000 to my wealth this year, which is more than the $58,249 I worked to save all year. 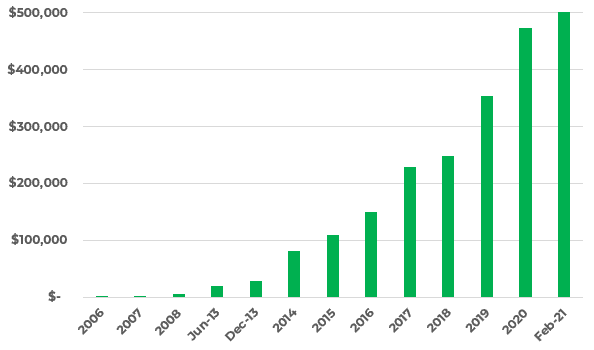 And for dramatic effect, just $1,460 over the half-millionaire mark.

The Money Wizard’s Journey to Half a Million

So, there it all is. At least as much as this foggy 30-something brain can remember these days.

Not quite the perfectly smooth exponential line you see in the textbooks, but you can definitely see the trend.

Hope you liked this jaunt down memory lane. Thanks for joining me, and a special thanks to anyone who’s been on this wild ride with me for the past few years!

Do you enjoy my free blog? Share this article on your favorite social media or take advantage of free, awesome products like Personal Capital or Rakuten using this site’s affiliate links. (Like those two links!) Thanks for keeping this place alive!