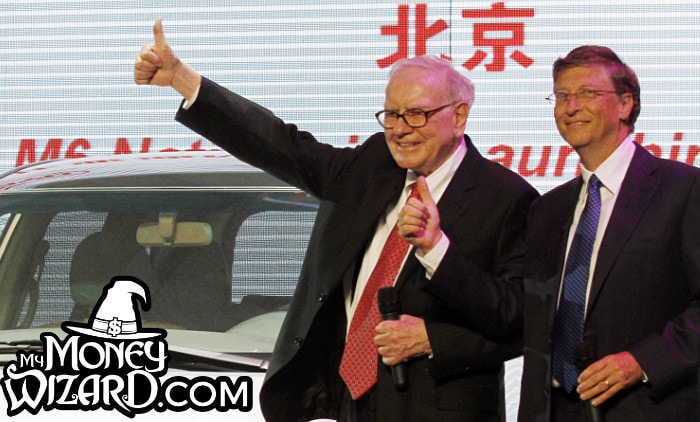 What’s the magic moment when compound interest goes crazy? And why does it happen?

When I was writing the recent article about my teenage stock market investments, I think I found the answer.

It’s all about turning your portfolio into a money printing machine.

Warren Buffett does this. I (accidentally) did it. And you can definitely do it, too.

While I was writing that article about my teenage investment choices, what struck me the most was not how naive I was in my younger years. (That part’s obvious… I don’t need another reminder to know that truth!)

No, the surprising part was that even though most of my investments were… to put it politely… lackluster at best,  most have still reached that magical point where they’ve returned my initial investment and are now returning pure profit.

To see this in action, take my investment in Eli Lily. About 10 years ago, I scraped together $2,000 and bought shares in this pharmaceutical company. After a few years, the stock price had risen to $4,000.

This sounds like boring math, but it’s not. It’s actually a super special moment in your investing journey. The stock market had completely returned my initial investment.

What’s that mean? It means every new dollar that investment earns is now 100% profit. Brand new money being added to my portfolio, literally created out of thin air.

This is when compound interest starts to go nuts.

Over the next few years, the stock price of those Eli Lily shares continued to rise. Today, they’re now worth $7,000. With the help of the stock’s dividend payouts, that $2,000 I put to work so many years ago has now earned me over $9,000.

This is how truly astounding, bananas-crazy compound wealth building happens.

How Warren Buffett Doubles His Money

If we want to see how crazy this example can get on a long enough time horizon, just look at Warren Buffett. He’s made an entire career out of this effect.

Three year’s later, Coke’s stock price had doubled. In other words, Buffett had earned back his entire investment, and everything thereafter was pure profit.

Since then, Coke’s stock price has increased roughly 1,750%, and no… that’s not a typo. On top of that, the company now pays a $1.64 dividend per share every single year.

A $1.64 dividend on a stock he bought for $3.24 means that Buffett’s earning an astounding 50.6% return on his initial investment every single year. Put another way, he’s doubling his money every two years. 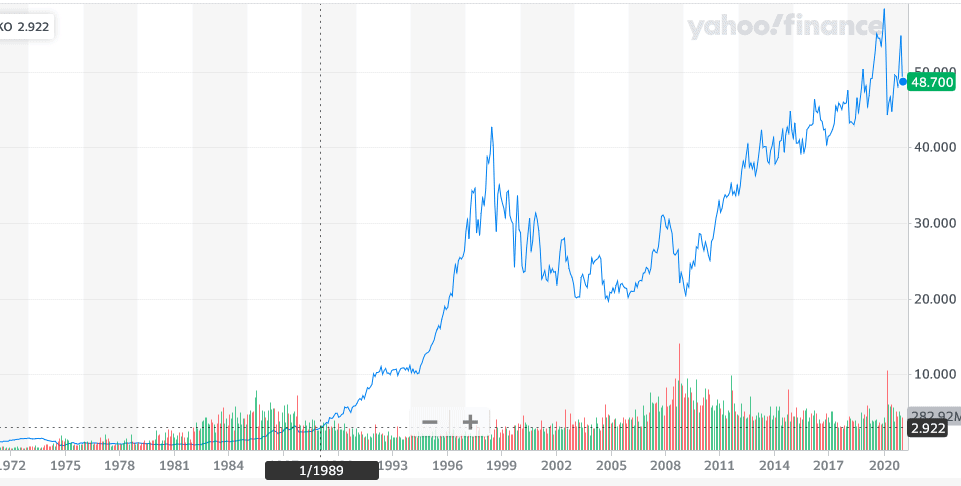 This is why Buffett famously says he doesn’t care about daily changes in the price of the stock market. Why would he? If your investments had long since repaid the money you risked and were now printing a 50% return every single year (for doing nothing), would you care if someone said that the selling price of your money printing machine had changed by a dollar or two?

This same arithmetic works for pretty much of all Buffett’s investments.

In 1972, Buffett bought See’s Candy for $25 million. At the time, the company was making about $2 million of profit per year.

But now, the business is a total cash cow for Buffett. Last year, See’s Candy earned about $80 million in profit – that’s over 300% return on his initial investment in one single year.

It’s all about assets and time.

The great news is that we don’t have to be the world’s greatest investor to benefit from this phenomenon. I mean, if teenage money wizard lucked his way into this, I think the rest of us will do just fine.

That’s because these stories aren’t some freaky or unusual occurrence. These sort of wild exponential returns are nothing more than a natural, predictable side effect of investing your money into productive assets.

Sure, being Warren Buffett and hitting a home run with Coca Cola stock (or being young Money Wizard and lucking into Eli Lily before a massive market recovery) will certainly help speed up the process, but the rules of exponential growth all but ensure this will happen to most every stock market investment, eventually.

With enough time and patience, nearly every investment you hold can turn into a money printing machine. And that’s when the compound interest starts to go crazy.

Do you enjoy my free blog? Share it on your favorite social media! You can also help support the site by taking advantage of awesome free financial software or my favorite cash back portal using this site’s affiliate links.