Welcome to a very special edition of the monthly net worth updates!

If you’re new here, every month I share my progress in growing my investment portfolio to a point that will let me walk away from work by age 35. I’m currently 29 with a couple hundred thousand to go, so let’s see the latest!

After a sleepy April, May was one of my most action packed months in a while!

There’s a lot to talk about, but the real headlines started when Lady Money Wizard and I took an anniversary vacation to California.

We planned on this being a nice and frugal trip to Yosemite National Park. Unfortunately, that plan was foiled about an hour after touching down at San Francisco International.

It turns out, as we stopped in one of San Francisco’s nicer neighborhoods to grab a quick 45 minute lunch before the long drive to Yosemite, a local resident welcomed us to the state in the friendliest way possible. He bashed in the rental car’s window and dashed away with half of my luggage.

He managed to score a few expensive items, like Lady Money Wizard’s iPad and my prescription glasses, but was nice enough to dump the stuff that would require effort to make him richer, like Mark Cuban’s book about business. Another San Francisco resident, who was actually friendly, found those on the side of the street and turned them into the police station.  (Although he did keep my copy of The Power of Habit… I’m guessing he’s got some bad habits he wants to break?)

All in all, it could have been MUCH worse. Really, A LOT worse… I’ll explain why in a minute.

After a few hours of police reports, insurance phone calls, and trading out the rental car for one without a shattered window, we began our four hour drive to Yosemite National Park.

Once there, Yosemite greeted us with some of the most beautiful scenery I’ve ever seen. I especially appreciated the relaxing scene after such a chaotic start, and it allowed me to snap one of the best pictures I think I’ve ever taken in my life.

Shortly thereafter, under the snow covered giant sequoias, I reached into the other suitcase (the one the rental car thief didn’t steal) pulled out a family heirloom engagement ring, and asked Lady Money Wizard to marry me.

And to my huge sigh of relief, she said yes!

(Like I said, that lost bag could have been A WHOLE LOT worse…)

What’s the engagement mean for The Money Wizard’s future?

Well, I’m not sure exactly.

Financially, it shouldn’t have too big of an impact. Like I mentioned, I avoided the diamond scam by getting a free ring from my long lost Aunt.

We also plan on avoiding the $32,000 wedding, since we’ve both always imagined our ideal “wedding” as a small get-together in a park somewhere, complete with hot dogs and a cooler or three of beer.

We’re thinking the actual event will go down next summer. Until then, Lady Money Wizard even threw out the idea of us side hustling our way to a free wedding. (Did I get a keeper or what!?)

Stay tuned on that progress!

I’m also not sure whether we’ll be combining finances moving forward or not.

For now, after 5 years of dating, we’re just enjoying getting acclimated to the term “fiance.” 🙂

After that big happy event at the beginning of the Yosemite trip, we spent the next three days doing our best to enjoy the park.

That said, we faced some admittedly first world problems on the trip. It rained or snowed every single day. Half the park was closed due to said rain and snow. And our “heated” canvas tent turned out to be not-so heated, and we woke up in the middle of the night to a 30 degree tent and no equipment to deal with it.

But, like I said, first world problems! I can’t complain too much while on a vacation, and we both still left very happy campers.

Once back in Minnesota, The Money Pup reminded me that it’s pretty much summer: 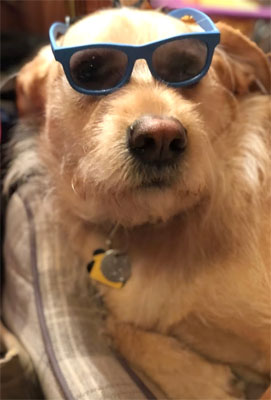 So I brought him along for a Memorial Day weekend, when we followed some friends and family up north to help them open their lake cabin for the season.

Talk about a relaxing finish to the month! Now, to the money!

And the spreadsheet view:

Since we had so much to talk about in the intro, this section will be a little shorter than usual. Partly, that’s because I don’t want this post to turn into an unwieldy monster. And also, that’s because I’ve been too busy traveling, getting engaged, and dealing with theft to keep up with my finances like I should.

Nothing crazy here, just an increase from the savings of my salary.

The main news here is the S&P 500 falling 6.5% in May alone. This was caused by Trump taking a hard stance on tariffs. Or something. (Nobody really knows the true causes of daily or monthly stock changes.)

My overall portfolio, including this brokerage section, fell 4.4% over the same time. This makes sense considering I’m mostly invested in indexes which roughly reflect the S&P 500. My portfolio performing a little better than the overall stock market is probably due to:

I’ll have a more in-depth breakdown of the exact brokerage allocation next month, but the portfolio remains roughly 70% in Vanguard index funds, 15% in individual stocks, and 20% in Money Market/Bond funds.

Another $1,000 of automatic contributions and employer matching, which still wasn’t enough to offset the drop in value.

You might remember that I maxed out my Roth IRA earlier this year. At the time, I put all $6,000 into Vanguard’s Federal Money Market Index fund, then planned on converting $1,000 a month to Vanguard’s REIT index.

I forgot to make that conversion this month, so I’ll convert the last $2,000 next month.

For the newer readers, I live in Minneapolis in a house with my fiance. (Weird!)

This cost represents my half of the mortgage, utilities, and anticipated home maintenance. We allot 2% of the home’s value to expected maintenance each year, or $300 per month, which lets us pay for any miscellaneous house expenses, stress free. 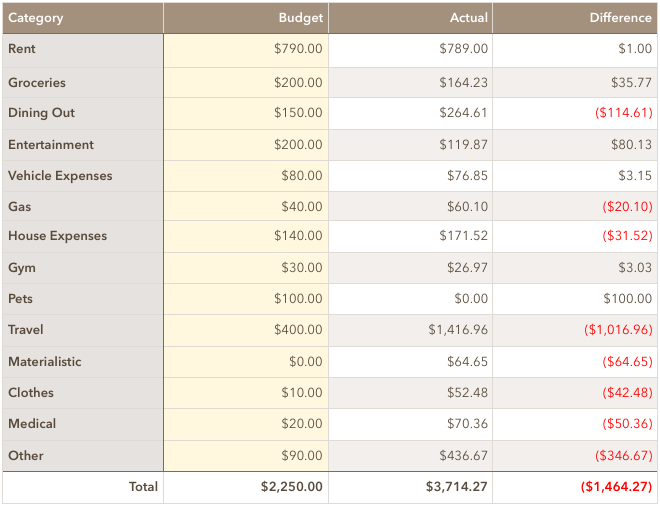 Ahh! After hitting my spending goal in half of the past few months, I totally blew the budget in May!

Although I actually went out to eat fewer times this month, the restaurants I chose were a little more expensive than usual.

I went to a 1990s party at the beginning of the month, where I spend about $30 on fruit rollups, and Ace Ventura outfit, and a throwback Walkman CD player. Other major items included expenses for the Broadway Play “Dear Evan Hansen” and the cost of supplies for the cabin trip.

If you’re thinking $150 seems more expensive than the previous months, I agree. To my surprise, my cleaning service charged me 100% more than ever before. Me and the cleaners eventually agreed to split the difference, and I also agreed to find a new service. (More first word problems…)

Given the occasion, rather than sharing the vacation costs 50/50 like Lady Money Wizard and I usually do, I offered to cover all the costs of our trip.

Still pricier than expected, mostly because of two things:

My old headphones died, so I bought this awesome pair for $30.

Then, some Californian thug stole my backpack and headphones, and I bought the same awesome pair again.

Dry cleaning and some thrift shop finds for my summer work wardrobe.

Almost entirely replacement costs from the stolen backpack, including half the cost of a new iPad, a new electric toothbrush and razor, miscellaneous toiletries, etc. Crazy how much the small stuff adds up!

How as your May?

Thanks for reading along! I look forward to hearing about you in the comments!