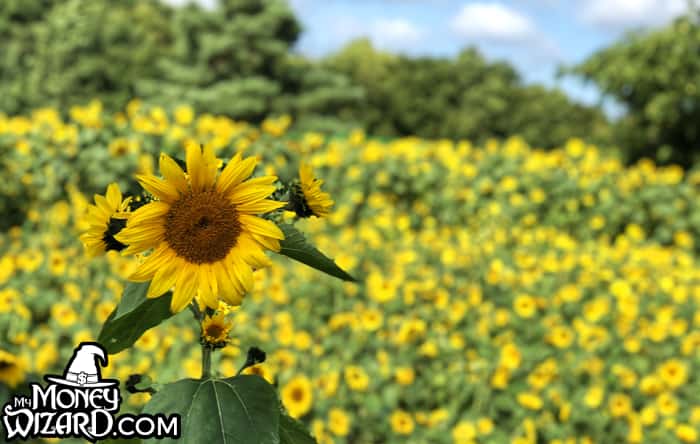 Welcome to… another net worth update!

Oh yes! Step on down, and spin the wheel! Where will it land on the lottery of net worth!?

(If you’re new here, every month I track and share my progress in growing my investment portfolio. Originally, my goal was financial Independence by age 37. I recently updated that goal to age 35, because I’m ahead of schedule. And also, because why not?)

I know. I rolled my eyes at that term when I first heard it, too.

But in September, Lady Money Wizard and I gave the Staycation the ultimate test.

With the coming of Fall, the original plan was to check out a small town with an Apple Orchard about an hour away. When that small town proved to be so small that they didn’t even have hotels, I moved my search to halfway point – a place called Shakopee, Minnesota.

Shakopee is a small little suburb/town along the Minnesota river. It’s home to the state’s only major amusement park (Valley Fair) although truthfully, we were more interested in the town’s whimsical main street, its meandering trails along the river, and the breweries and wineries in the area.

What’s interesting is that Shakopee sits in that awkward distance where Uber is uncomfortably expensive, yet it’s not far enough for any sane Minneapolis resident to stay there overnight.

So of course, I decided to stay there overnight.

I booked us a cheap, pet-friendly hotel room using Hotel.com rewards points. The location? A whopping 25 minutes from our house…

Hotel Clerk: Welcome! Are you in town for the big event?

Hotel Clerk: Oh, interesting! Where are from!?

Money Wizard: Um… Minneapolis? We, uh, we’re traveling south and decided this would be a good stopping point.

I paused and chuckled at how ridiculous I sounded. Nobody in their right mind calls it a night after just 25 minutes of driving.

Nonetheless, she smiled and handed me the keys. (After filing me way on the suspicious guest list, I’m sure… )

And I have to say, the Staycation was an awesome success!

For one, we had The Money Pup traveling along with us, which was a fun change of pace.

But we also did check out the main street, breweries, wineries, and apple orchard. And most interestingly, it still felt very much like a vacation!

This led me to an interesting epiphany, which I’ll probably use to save some serious cash on travel spending over the next year:

Vacations are just as much about taking a break as they are about the glamorous location.

I would have never believed it, but there’s something oddly satisfying about spending a night away. No matter whether that “away” is halfway around the world or 25 minutes from your house.

We continued the staycation theme when we “returned.” The next week we held a picnic in a local park, and enjoyed hiking along this beautiful trail near Minneapolis: 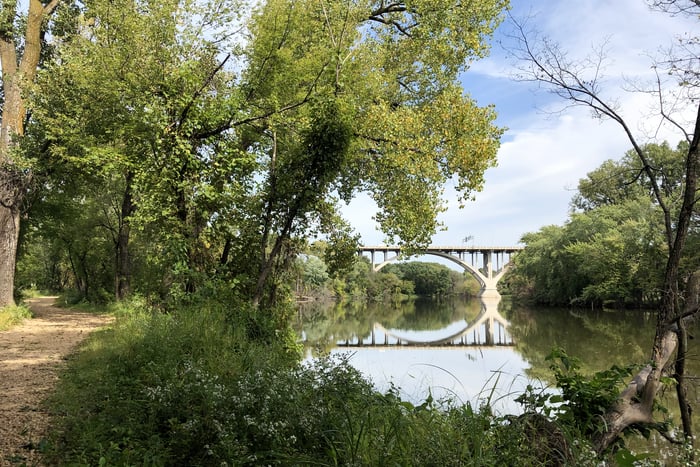 A little blip at the end of the month. (Which is actually the first two days of October, thanks to my procrastination!)

Guess my decision to move to a little more conservative allocation (read: more cash/bonds) is adding up quickly.

A tiny blip last month. (Which actually happened this month, since I’m writing this on October 2nd.) Nothing to worry too much about.

In the wise words of The New Kids on The Block… haaaangin’ tough.

This is my half of the mortgage, utilities, and anticipated home maintenance. (We allot 2% of the home’s value to expected maintenance each year, or $300 per month.

Also, can anyone explain to me how I managed a $150 electricity bill when I didn’t run my air conditioning all month? I feel like it could be time to get those utilities guys out to double check that meter of mine…

I feel like this thing hasn’t been below $2k in months, so it’s nice to see the credit card statement drop back down to earth. I’ll pay this off soon, as I do every month. 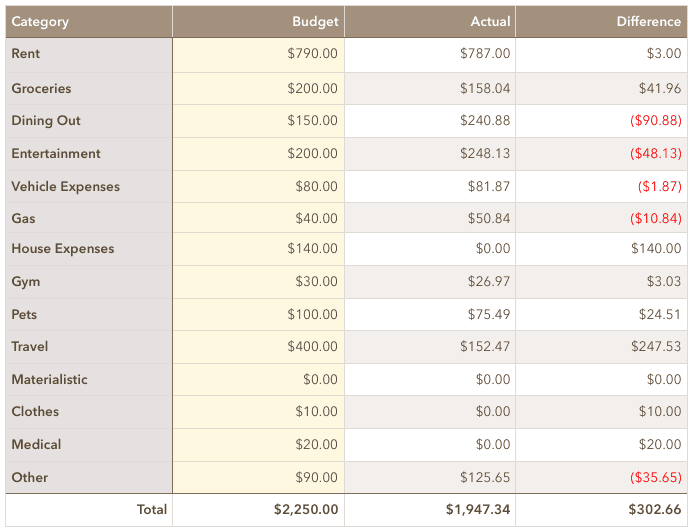 This includes $60 for the bike rally I talked about last month. Unfortunately, the weather was awful. And not only were there no weather related refunds, but we went to the bar instead!

Come to notice, the remaining $150 is mostly bar and brewery expenses! 😬

That said, I did go to not one, but TWO concerts in September. (Maggie Rogers and The Head and The Heart, if there’s any fans out there.)

The money pup needed a re-up of his dog food. This should last him a few months.

Let’s have another cheer for the Staycation! This expense could really be considered entertainment, since the hotel was free. This is what we spent on the apple orchard, restaurants, wineries, etc. while “on the road.”

Just miscelanous spending. I bought some gifts for friends that totaled about $70 this month but made me feel warm and fuzzy when I gave them away. Also included here is the entire postage ($17) for our crazy cheap wedding. And we should have about $5 of stamps left over! Booya.

Seeing the month’s total bill below $2,000 for the first time in a while has me really fired up!

So, in October, I’m throwing out a challenge – No Spend October!

We did one of these a while back. (March 2018, if you’re curious) Back then, I was able to keep my total spending below $1,500 for the entire month. (Less than $400 of discretionary spending all month)

If you’ve never tried one of these before, it can be weirdly entertaining. And more interesting, it serves as a sort of “reset” on your spending habits. And who knows, it might even lead to a few of staycation-type epiphanies for you!

PS – I know I’m a broken record, but I continue to recommend tracking your spending and net worth as the most powerful money move you can make. And Personal Capital is still my favorite tool to do just that.