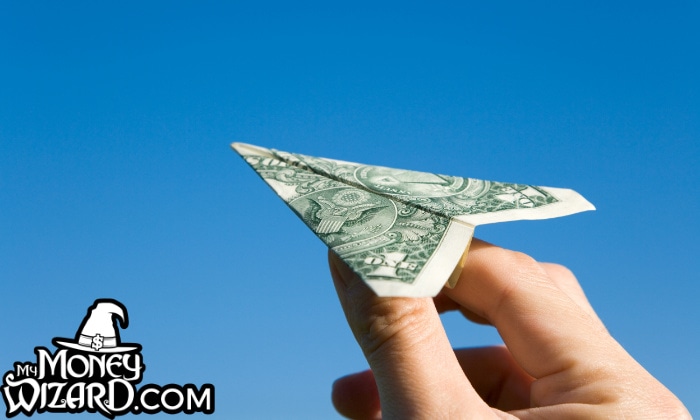 A few years ago, Grant Sabatier went to buy a Chipotle burrito and came to the stomach growling realization that he only had $2.26 to his name. Five years later, his net worth had reached $1.25 million, and he was financially independent for life.

How did he do it?

That’s what his book, Financial Freedom, sets out to explain.

Grant’s a fellow blogger in the personal finance community, so when his book came out, all the cool kids were reviewing it. The natural contrarian in me decided to avoid that echo chamber, and now, a few years later, I’ve finally gotten around to reading the popular book.

And on that note, it’s time to resurrect an old tradition on MyMoneyWizard.com – the brutally honest book review! 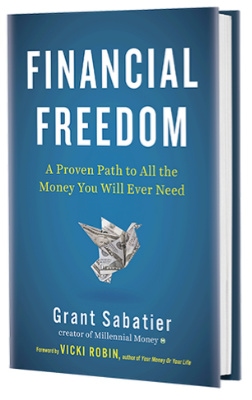 After graduating college, Grant Sabatier bounced around a few different jobs before eventually getting laid off twice. Before he could blink, he found himself living at home with his parents, still sleeping in the same bed he grew up in.

After his Chipotle debacle, he got fed up and set two seemingly unrealistic goals – save $1 million dollars and retire as quickly as possible.

Five years later, Grant was sitting on $1.25 million at age 30 and realized he’d never have to work again.

Early on in the book, Grant describes the strategy he used as:

a combination of personal finance, entrepreneurship, and investing.”

That quote immediately got me excited.

Much like the world we’re living in today, sometimes I get frustrated with the tribalism in the personal finance community. It seems most people have one of two extreme views – if you want to get rich, you either need to live like a monk or build the next Google.

“Save more or earn less.”

To which I’ve always asked, “Why not both?”

Over the next 300 pages, Grant runs through a crash course explaining the basics of financial freedom, how to budget for it, how to speed it up with side hustles, and most importantly, how to make sure you never run out of money once you reach your goal.

Strategy wise, Grant and I are absolutely on the same page.

Grant’s strategy for retiring in his 30s is the same strategy I’ve been posting about since I started this blog.

Let’s use yours truly as an example.

Based on several years of tracking my spending on this blog (here’s the latest annual edition of that feature) I seem to spend about $30,000 per year.

Time to make it happen!

But wait, does this mean…

Looking at money through this lens really opens up some interesting perspectives.

Namely, every annual expense you carry directly increases how much money you need to save to break the chains of mandatory work.

Is a shiny car worth an extra 5-10 years slaving away in a cube? I sure don’t think so…

So, how do you find the level of spending that actually makes you happy?

Midway through the book, Brandon from Madfientist.com makes a cameo appearance to mic drop what I thought was one of the most interesting takes in the book.

Don’t start by saying, “Well, I’m currently spending $X, so maybe I should cut out a few coffees and see what happens?”

Instead, start by buying as little as humanly possible. If you feel deprived, add back the things that you find yourself missing. Chances are, you’ll probably surprise yourself with how many things you thought were necessities, but you don’t miss at all.

Grant reaffirms this with a shocking twist; he recently spend $200K in one year and actually found it made him less happy than spending just $30K a year.

(I’ve found a similar phenomenon whenever I try to increase my spending, too.)

Grant then runs through some very useful and very practical strategies to reduce your spending. In general he focuses on reducing your housing, transportation, and food, at which point I found myself putting down the book and doing this:

…because that’s exactly what I’ve been saying about “The Big 3 Expenses.”

He then runs through some questions you should ask yourself before buying anything, which were similar to my strategy to stop wasting money on things that aren’t important.

Back to your retirement number, and a simple trick to reduce it.

This part of the book led to the biggest lightbulb moment for me.

Grant explains that any steady monthly income you can earn in early retirement directly reduces your target number, forever.

I’ve said before that I thought a “hobby job” after reaching financial freedom sounds like a great idea, and this section just gave me even more motivation for that.

The book then moves into strategies for making more money, including how to ask for a raise at work or start a side hustle. IMO, this is really where Grant shines – as someone who basically made $1 million in five years, the dude is a money making machine.

My thoughts on the book’s investing strategies

I actually think this simplicity is a great thing, because one good rule of thumb I’ve learned from writing about investing for the past 4+ years: the more complex an investment idea that someone is trying to sell you, the worse it usually is.

Overall, Financial Freedom is a solid introduction to the basics of reaching financial independence as fast as possible.

Grant makes the editorial decision to focus the book mostly on the reader, about what YOU can do to save money, make money, and invest money. And while this leaves the reader with a ton of great ideas about how to fast track their freedom, I did find myself wanting to know a little more about Grant’s story.

Maybe it’s just my bias as a guy who gets financially naked every single month, but I think it would have been awesome if he dedicated a portion of the book to the details of growing his own career, his side hustles, and his investment portfolio.

(He drops teasers throughout the book that left me extra curious about this – at one point, his side hustle closed a $50,000 deal with a client, and he eventually grew this side hustle into its own company with multiple employees.)

In any case, I think anyone on the mission of financial independence is sure to pick up some solid tips from Financial Freedom, and the anecdotes from other successful early retirees in the book just reinforces that this crazy goal is absolutely possible.

At the end of the book, there’s really just one question:

How long until you hit your number?