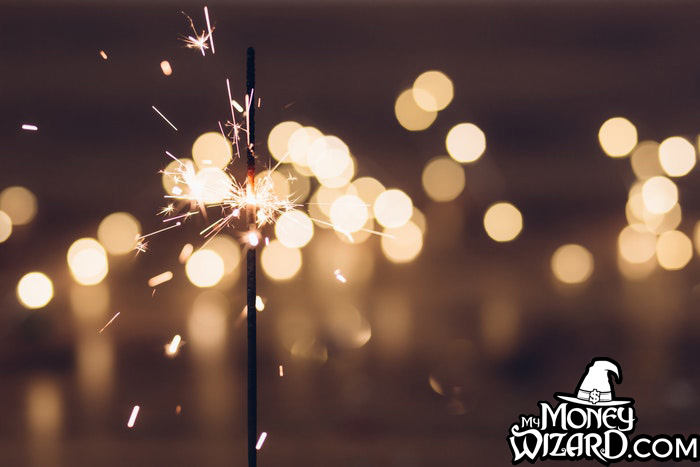 Yeah, I’m a month tardy on my New Year’s resolution post. Which can’t be a promising sign for my future goals.

But hey, a month late is better than a dollar short, right?

Hopefully I won’t be a dollar short. Especially since I’m sitting here pounding out the keyboard on an entire post dedicated to planning my finances.

Don’t worry, we’ll get to spying on all my financial details in a minute. But first, I think it’s only healthy to take a moment of self-reflection.

For all our talk about the moolah around here, life really is about more than just money. And yes, this is coming from a guy running an entire website devoted to saving money and getting rich.

If you haven’t done so already, I encourage you to pause and think back on your 2017. What were you grateful for? What went amazing well? Anything you could you have done better?

It’s easy to get caught in the race and lose your perspective. Putting one foot in front of the other doesn’t seem all that meaningful at the time. Realizing how far you’ve walked provides an especially sobering perspective.

Without paying a cent of interest!

I paid half of the price in cash on the spot, got an extra $1,000 off by taking out a loan I had no intention of keeping, then knocked the loan out cold in March. Total interest paid: $0. 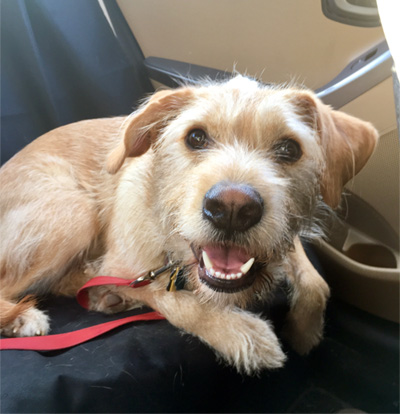 The Money Pup made his reveal to the world, and he’s been the best dog ever. Love that little dude.

With a front page appearance on Yahoo.com. We hit a new record, with 22,918 people visiting the site in one day. And of course, the comments did not disappoint. 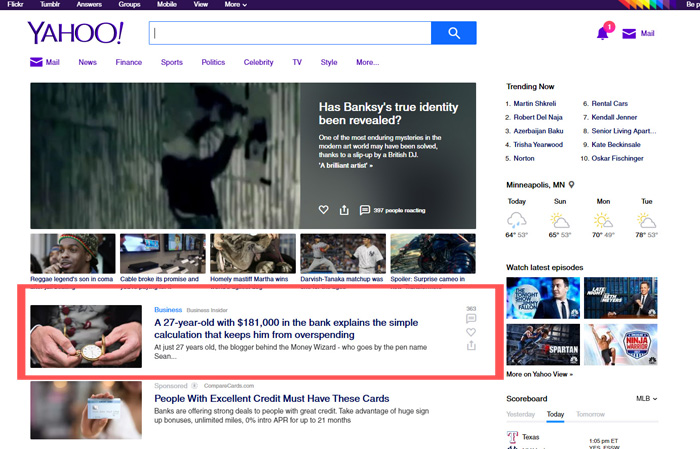 4. I nerded out with some (shockingly) cool fellow money bloggers, at FinCon.

I’d read about personal finance nerds traversing to the mecca of the finance blogo-sphere for years. It was pretty surreal to see myself become one of the nerds I’d read so much about. And even more surreal was realizing that I’m accidentally running one of the larger financial freedom blogs in attendance.

I’ve got a ways to go, and a ton more people I want to get the message to. But MyMoneyWizard.com is becoming something special, and I couldn’t be more excited about it. 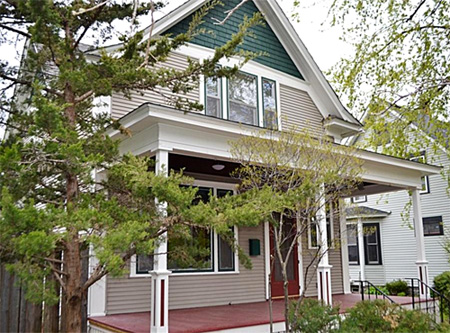 More specifically, the girlfriend bought a house, we split all the costs, and I did my best to save for an investment property.

We officially moved-in during November, and knock on the house’s 110-year-old wood, it’s been pretty smooth sailing so far. To our good fortune, the old water heater is still hangin’ on, and the inspection’s note about an expensive furnace repair and electrical re-wiring turned out to be a false alarm.

Our biggest expenses have been some wall paint. Although we are staring down the barrel of a roughly $10,000 kitchen remodel. (The kitchen has roughly half a square foot of counterspace and no dishwasher. I’m frugal, but maybe not that frugal.)

6. I kept the adventure going strong. 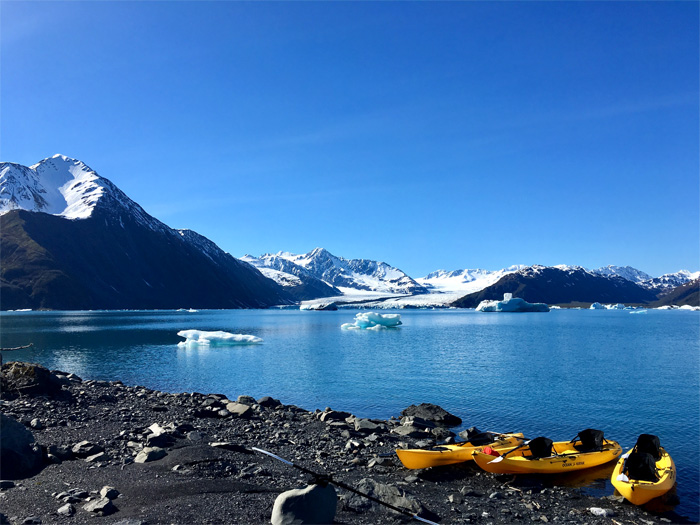 I definitely couldn’t have afforded paying full price for all these trips. Thankfully, I was able to keep most of the travel spending in check, through an elaborate cocktail of crashing with friends/family, cashing in credit card points, and hunting for deals like a crazy coupon lady.

That said, travel costs were easily my biggest expense outside of rent last year.

I’m okay with it, because if you’re gonna spend, experiences are usually the best way to go. And personally, frequent travel is how I find balance between constantly saving and planning for the future, and stopping to enjoy the ride.

I had to double check the numbers to make sure that wasn’t a mistake.

I definitely saved over $30,000 this year, plus another $6,000ish from employer matching. But that’s an insane snowball of compound interest.

What good are New Year’s Resolutions if we don’t let everyone point and laugh at our hilarious failures?

In last year’s post, I put myself in the hot seat with 8 public goals for the year. Now’s your time to get your high fives (or tomatoes) ready:

The jury’s still out on this one. I plan on dedicating a whole post to my year’s spending, and until then, I’m still tallying up the final records.

Those 8 months included the not-so-cheap expense of buying a house. Will those last 4 months be enough?? Oh the suspense!!

At the start of last year, I had a whopping $0 contributed to my Roth IRA.

(Not ideal, btw, since I had basically given up a year’s worth of tax free growth by waiting so long.)

Again, procrastination got the best of me, and I had another whopping $0 contributed by November 2017. Then in the last 32 days of the year, I searched the couch cushions and made $5,500 worth of Roth contributions.

(Also not ideal, but at least I’m 4 months ahead of last year!)

It was definitely a cash drag, especially after my slow start to the year (thanks, car loan…) but we made it in the end.

To be honest, this was one of the easiest goals to achieve. Once I made the adjustment in my employer’s 401K system, there wasn’t a whole lot to think about. That’s the power of automation.

Hard fail here. I had resolutions about adding $1,000 a month to my Vanguard fund.

I didn’t contribute a cent to my taxable Vanguard fund this year. Whoops.

The culprit here was a mix between playing catch up on both my IRA and 401K, and flat out living less frugally than previous years.

Plus, there was that lingering desire to save up a downpayment for an eventual rental property.

There was that month I spent $422 eating out. FOUR HUNDRED AND TWENTY TWO DOLLARS.

So I definitely can’t call this one a success.

But I did have a few small victories.

I had streaks of entire weeks where I brought myself healthy, cheap lunches at work, which would have been unheard of for 2016 Money Wizard. I estimate I saved nearly $1,000 from my efforts this year, but there’s still a lot of improvement left.

I definitely didn’t hit my original goal of two posts per week. That may have been unrealistic for a guy who’s not yet financially independent, and therefor has this pesky thing called a job keeping him from devoting all his time to a passion project.

I’m cutting myself some slack here, because on the whole I’m proud of the novel equivalent wordcount I published this year.

MyMoneyWizard.com averaged a little over 6 posts a month, which may not sound like a ton at first. But then I think back to those 1,000 word essays my grumpy college professors used to assign, and I realize I’m writing one of those every 5 days. But hey, at least I can cite Wikipedia if I want!

I must have done something right, since the number of Money Wizards getting weekly updates doubled in 2017. We’re now over 4,000 strong, traffic is substantially up across all metrics, and I couldn’t be more excited.

(PS – If you’re not a subscriber yet, you should totally hop on board to score cool freebies and join the cool wizards club.)

The simplest goal. The most important goal. And at times, the toughest goal. 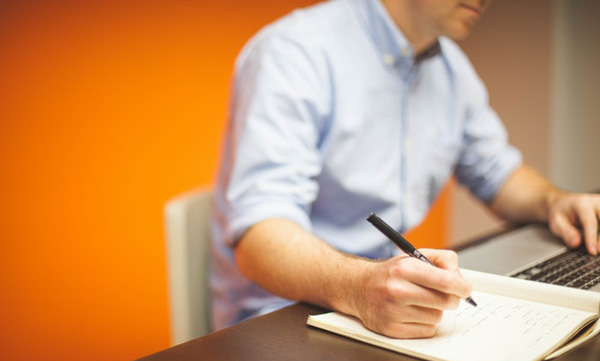 What’s in store for the next 11 months? Oh the possibilities!

An oldie but a goodie. This benchmark was obviously a struggle last year, so we’ll keep it rolling into the new year.

Doing this every year pretty much ensures I’ll retire a multi-millionaire, so I don’t see any reason to stop now.

Preferably a little sooner than the last 32 days of the year.

If this rental property is ever going to happen, it’s time to get serious. So here’s a serious goal.

*And this is my serious face*

Depending on my tax burden, I should hit this if I reach my 60% goal, but it will be close. Time for The Money Wizard to start side hustlin?

This site is coming up on it’s second birthday, which is about 100 years old in blog years.

I think it’s unbelievably cool that so many people are interested in following along my journey. This site has so much potential, and I’m going to do everything I can to make it as beneficial to you as possible. Some plans:

6. Use my time more efficiently.

Maybe it’s just me getting older, but I’ve found myself constantly thinking about efficiency lately.

The average person would tell you money is the most important commodity. But a wise man knows that time, without question, is the most precious resource we all have.

This makes even more sense when you realize money is just a function of time. Years worked, years of compounding, time spent building a business – wealth is pretty inevitable if you’ve got these on your side.

I find myself getting grouchy when I’m unproductive, and high as the clouds when I know I’ve progressed on my goals.

A few strategies I’m using to be more productive:

Which is a shame, because books are amazing.

Stephen King calls reading telepathy. And he’s spot on. How else can you immediately transport yourself into the minds of some of the world’s smartest and most successful humans who ever lived?

Instead of wasting time on my phone, I’m going to make a conscious effort to end each day with a book. And instead of listening to trash radio on my morning commute… well, see the previous goal.

You had to know I was going to end this list with some cheese, didn’t you?

I wish somebody would have told me then, one day these days will be the good old days.”

And yes, I just quoted some Kesha on my blog. Come at me, Yahoo commenters.

So I just spent 1,700 words talking about me. But like everything on the blog, this is actually about you.

Seriously. I hope my shameless self-reflection helped you plan your own year.

So, readers, Happy 2018! What are some of your financial and non-financial goals for 2017?