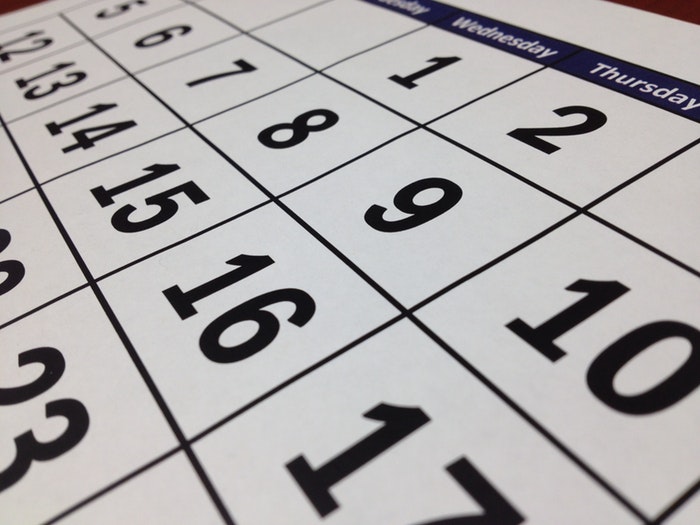 Blogging has to be the weirdest gig around.

On the surface, it’s about the easiest job in the world. Type some stuff into the computer, hit publish, don’t forget to pay your website hosting bills, and congrats! You’re free to wow your friends with your new “blogger” status.

Prepare to be the life of the party…

Sure, it just might be the most enjoyable work I’ve ever done, but the amount of behind-the-scenes effort to provide fresh content is something I never expected.

Sometimes the calendar feels like a treadmill cranked up to max speed, and if I don’t keep everything in perfect balance, I might find myself swept away in a horrific, America’s Funniest Home Video style treadmill-disaster.

Which is why I’m incredibly proud of the consistency I kept in 2017. Sure, I definitely failed my original goal of two posts every week, but that’s not the end of the world.

In the end, quality is greater than quantity, and I’m not about to publish trash just to hit some arbitrary number.

And I still chipped away at the keyboard whenever I got the chance, which means if I added up the year’s word-count, my writing frequency would probably be approaching real-life author status. Which is just crazy to think about.

All this to say, it’s extremely rewarding when I see any of my hard worked writing taking off, going viral, or otherwise being appreciated.

So in the spirit of new year reflection, I thought it’d be fun to look back at some of the year’s most popular posts. (And shamelessly plug what I consider some of the most overlooked ones.)

The Money Wizard’s Best Posts of 2017

Back in July, My Money Wizard went full-fledged viral, which ended with this little site on the front page of Yahoo.com.

What followed was the best round of wild comments yet,  and I quickly wrote up a snarky response in case any of the haters ended up on the site. To my complete surprise, my trolling of the trolls turned into one of the most popular articles of the year.

The Most Legit Reasons to Own a Home

I softened my stance on houses a little bit, then trekked through the BS, busted some myths, and found myself on the other side with some reasons to own a house that aren’t completely bogus.

This post must have been a powerful one, because a few months after publishing, I sort of bought a house.

Get Rich by Building Your Own Nuclear Triad of Income

The concepts here are, in my opinion, some of THE most important pillars of personal finance. I was really happy to see this one shared around.

These Three Famous Early Retirees Will Surprise You

They definitely surprised me.

This post is filled with great ammo against anyone who believes early retirement is somehow wasting your responsibility to the world/corporate America/some other ridiculous obligation. Mr. Franklin would like a word with those people…

Complete with a plot twist that would make M. Knight Shymalan proud.

The most requested post of 2017 turns out to be one of the most read. I guess I really should listen to you all more often!

Compound Interest Will Make You Rich, but Most People Completely Ignore Compound Spending

Listening to money related wisdom from really rich people is probably a good idea for those of us who aren’t multi-millionaires. Instagram Playboy Dan Bilzerian shares a pretty shocking confession about his lavish lifestyle.

The world goes nuts with side hustles and passive income ideas. But I’m convinced the easiest source is right underneath our noses.

The Most Overlooked Posts of 2017

You probably didn’t read these posts. Don’t lie! I’ve got the stats to prove it…

Either these guys were just published on one of the internet’s slow days, or they’re not nearly as good as I think they are.

In any case, you should give these honorable mentions a second chance.

When a Sale Isn’t Really a Sale

This post covers what’s easily the sneakiest trick in the marketing playbook. In order to avoid getting taken advantage of, every shopper needs to know this tactic.

How Much Money Do You Actually Need to Retire?

I can’t imagine anything worse than accidentally working an extra three decades. This post covers what might be the single most important mindset keeping people from retiring early.

Is Owning an iPhone More Expensive than a Car?

Maybe people don’t like being told how much their stuff really costs, but I found this post to be one of the most interesting ones I’ve ever written.

Most people go through live without ever really stopping to ask what they want. In this post, I take a look a what your perfect day means for your money.

And there you have it. Hope you had a happy holiday season, and stick around for a whole bunch of new year’s posts heading your way.

Of course, the usual monthly net worth update is coming soon, plus a year-end reflection on last year’s goals and some ambitious plans for 2018.